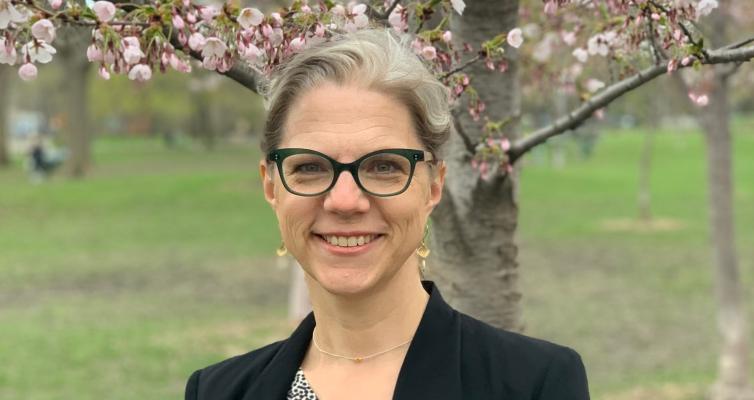 Abstract: Religion is a highly naturalized category that is used rather freely in many public contexts, but it is also a term that is the focus of a great deal of scholarly and legal debate. Increasingly, the same can be said for the term “secular,” a category at once floating in discourse and fixed to specific times, nations, and bodies.This paper explores ceremonial and legal contexts, including marriage, oath-taking, and treaty-making, in which the process of recognizing religion and siting the secular has very real consequences for people or groups, beyond those of scholars arguing over the genealogies of these terms.I pay particular attention to the politics of recognizing religion in historically Christian-dominant settler-colonial nations, especially Canada and the United States, whose sovereignty rests on spiritual claims transformed into secular laws which rarely recognized Indigenous peoples as having religion.

Pamela Klassen is Professor in the Department for the Study of Religion, cross-appointed to Anthropology, at the University of Toronto, where she is also Vice-Dean, Undergraduate & International in the Faculty of Arts & Science. She teaches graduate and undergraduate students in areas of the anthropology and history of Christianity and colonialism in North America, religion in the public sphere, and religion, law, media, and gender.. The author of many books and articles, her most recent solo publications are The Story of Radio Mind: A Missionary’s Journey on Indigenous Land (U of Chicago Press, 2018) and “Contraception and the Coming of Secularism: Reconsidering Reproductive Freedom as Religious Freedom” in Secular Bodies, Affects, and Emotions, eds. Monique Scheer, Birgitte Schepelern Johansen, and Nadia Fadil, (London: Bloomsbury, 2019, pp. 17-30). Her newest joint publications include The Public Work of Christmas: Difference and Belonging in Multicultural Societies, co-edited with Monique Scheer, (Montreal and Kingston: McGill-Queen’s University Press, 2019) and  Ekklesia: Three Inquiries in Church and State (U of Chicago Press, 2018), co-authored with Paul Christopher Johnson and Winnifred Fallers Sullivan. Her previous book, Spirits of Protestantism: Medicine, Healing, and Liberal Christianity (University of California Press, 2011) won a 2012 American Academy of Religion Award of Excellence. She currently holds the Anneliese Maier Research Award from the Humboldt Foundation in support of a five-year collaborative project entitled “Religion and Public Memory in Multicultural Societies,” undertaken together with Prof. Dr. Monique Scheer of the University of Tübingen. For more information, along with a wide range of digital scholarship, please see her website here.