When Christ and Trump are Kings

After President Trump’s decisive loss on November 3rd, the forces of the extreme right in the US came together as they hadn’t since the Charlottesville rally in 2017. At rallies held throughout DC on November 14th, they marched, chanted, and picked fights with antifascists and Black Lives Matter protesters with the help of the local police. Some of their slogans would be familiar to anyone paying attention to Trump’s rhetoric these past four years—the election was stolen, the country is being destroyed from within by immigrants and the left, white people should be proud of their heritage—but to those who pay close attention to the confluence between religion and politics, one chant stood out. At some rallies, including this one held by Nick Fuentes, the attendees shouted “Christ is King,” followed by “King Trump!” What does it mean for these two slogans to so closely follow each other in the minds of right-wing youths? How could a reference to the Kingdom of God be followed so closely by such a vile but telling joke?

The 2020 election season had already been a notable one. It occurred during the most dangerous global pandemic in over 100 years, featured the candidate most openly supportive of white nationalism since George Wallace, and has resulted in a protracted legal and rhetorical struggle which shows no sign of stopping. It followed on one of the largest mass mobilizations in modern US history, the BLM protests in the wake of the police murder of George Floyd and dozens of other people of color, which resulted in the most brazen partisan violence in the US since the 1960’s. All of these have served to cement the political realignment that brought Trump to his surprising (to many) victory in 2016.

Religion and religiosity’s relationship to the political world has also been transformed by this cycle. Some coverage of religion has followed typical patterns: Biden’s Catholicism got relatively limited press, and there was the debacle of Trump holding a Bible upside-down in front of a church that had recently been cleared of protesters by police and tear gas. But the more important story has been the changing relationship between Christianity, the far right, and the Republican Party. In 2020, they’ve been less focused on abortion and same-sex marriage than they were in 2000, when then-Governor Bush successfully developed a winning coalition out of small government budget hawks and socially conservative Evangelicals. Those same Evangelicals have always been in Trump’s corner, to be sure, but they’ve been joined by nationalists-as-such, a spectrum of political actors from nativists to fascists. The latter’s place at the helm of the Republican Party is Trump’s main political innovation and, unfortunately, a likely lasting contribution to the US political landscape. This combination, exemplified by a traditional Christian message such as “Christ is King” paired with a trolling chant like  “King Trump,” tells us that something has changed in the political-religious landscape of the contemporary US, with profound and lasting consequences.

Attendees of the rally freely mixed extremely serious nationalist slogans with what, for them, passes for comedy – this particular concoction being one of the specialties of the circle surrounding its leader, Nick Fuentes, who was among the more popular right-wing YouTube commentators until his permanent ban from the platform. What can be made of this juxtaposition of farce and fascism?

Fuentes and his followers subscribe to a particularly old-fashioned definition of American-ness, even for the extreme right-wing: one that excludes millions of non-Christians, including Jewish Americans, along with countless others. Fuentes, himself a Catholic, has even gone so far as to call for a universal Catholic theocracy along the lines of those envisioned by some fascist collaborators and far-right ideologues from Argentina to Hungary. The fact that this perspective has him at odds with the current Pope puts him in good company with his fellow conservative and right-wing Catholics: Cardinal Viganó, the former Apostolic Nuncio to the US, recently entreated Trump to prevent a “global elite” from dominating the world in their own image, at once secular and satanic. The line between this language and that of brazen, open antisemitism is so thin, it is barely visible.

This rhetoric—both  Viganó’s and Fuentes’s—is no joke. It has gotten people killed before, and it easily could again. Pairing “Christ is King” with a cheap gag like “King Trump” isn’t just a way to soften the impact of calling for a white-led theocracy, or an out to claim that they didn’t really mean their more incendiary material; Fuentes and others like him have been clear about their ideology for years. Instead, this represents a new kind of engagement with right-wing theocratic ideology, one that goes beyond the Bush years’ appeal to religious education and reducing abortion access. The extreme right-wing in the US is organizing as it hasn’t for decades around a truly transformative vision, one that deserves to be called fascism for its revolutionary content and its violent goals. The particular combination of Christian nationalism, demagogic personalism, and youth culture represented by the confluence of these two slogans is precisely the political space fascism could occupy on the US political landscape.

Photo: White Supremacist Nick Fuentes in 2017 posing in his basement studio, where he recorded his "America First" YouTube channel videos, before being banned from the platform. (Teresa Crawford | AP) 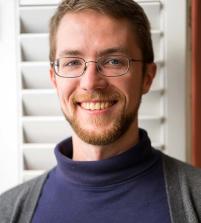 Author, Craig A. Johnson (AB '11), is a PhD Candidate in Latin American History at UC Berkeley. He studies the confluence of right-wing politics and conservative Catholic theology in Argentina, Chile, Brazil, and Spain. His weekly podcast, Fifteen Minutes of Fascism, covers the global rise of the radical right.

See All Articles by Craig A. Johnson