Stop Asking What the Bible Means to the President

A historian of the bible in America reflects on what Trump’s recent photo-op in front of St. John’s Church does (and doesn’t) mean

It would be insulting to the president’s core supporters to suggest that the absurdity and ham-fistedness of his photo-op with a bible last week was not as obvious to them as it was to everyone else. And yet, as expected, they lined up to celebrate it. Many critics have labeled this hypocrisy, declaring that the flaw in the performance and its celebration is the obvious fact that the president doesn’t read that bible he carried, or any bible. He made no pretense that it was even his (let that exchange with the reporter—“Is that your bible?” / “It’s a bible”—be among the signature quotes inscribed in crayon on the façade of Mar-a-Lago when it gets turned into the Trump Library). It was just a prop, is the easy consensus. This is certainly true, but it is not the problem: brandishing a bible without necessarily opening it is a perfectly normal way to use one. Neither is it by any stretch “un-American,” as some have had it, to use a bible as a totem, even as “just” a prop. That is not the proper focus of our anger at Monday’s performance. That focus should be on the specific ways in which this president has perverted the totemic use of a bible.

Bibles and other scriptures are not just collections of words; they are symbols. Believers in the Bible’s efficacy can debate the relative legitimacy of invoking the words or the symbol, but that the two are ultimately indistinguishable in their effects is just a fact of what a scripture is. (My thinking here is deeply informed by that of Vincent Wimbush, founding director of the Institute for Signifying Scriptures, who has written searchingly about the president’s bible waving.) The knowledge that a particular book-object is somebody’s scripture changes its status for anyone who knows or comes to know what that might mean, regardless of whether or not they read the words or consent to the terms of that specialness. The same notion of “scripture” that spurs the president’s supporters to revere the bible motivates some of them to desecrate Qur’ans.

Scriptural status has to do with the way a given book is used, not with words as such, and the fact that a bible stays closed does not mean that it is not being used. Swearing the oath of office on a bible and quoting a bible verse in an inauguration speech are not functionally different acts, in terms of their symbolism. Both are rhetorical acts that signal deference toward a supposedly shared authority, acknowledge the history of such rhetorical deference in American politics, and demonstrate awareness that such deference is expected by some portion of the electorate and a willingness to play by their rules. These associations and their perpetual reiteration are what make the Bible a scripture. This is what Trump’s bible waving meant to do, too.

However, it failed. By the president’s antics and by his overbearing person, the bible that Trump waved around last week was drained of larger symbolism. In the empty gesture, in the self-consciousness of the way he held and moved and mugged with the book, the bible as a totem was absorbed into the president’s own symbolic presence. This is the way things work in the closed symbolic universe that Trump and his enablers have built. In this universe, he doesn’t need the bible—the bible needs him.

Trump’s supporters surely saw, as critics immediately did, that he couldn’t even credibly hold it, as if he’d never seen literally anyone carry a book, even in a movie. The chilling part, which the rest of us need to accept, is that this does not matter to them. The affront, and the danger, is not that this absurd man has brandished a bible without ever reading it. The affront is that in his hands that bible does not presume to reference any notion of scripture, and it doesn’t have to—it is no longer a special book, because nothing in his orbit can be special other than him. It cites no past, only the perpetual present of his own self-satisfaction and that of his followers. The political theology driving allegiance to Trump allows all symbols to be absorbed this way.

This absorption was presaged by one of the bibles on which Trump swore at his inauguration. In 2013 and 2017, both Presidents Obama and Trump swore on the bible Abraham Lincoln used in 1861, plus a second one. Trump’s second bible was inscribed to young Donald in 1955 by his mother, and when he discussed it the president-elect focused on the inscription’s granting of ownership. “It’s amazing and all written out sort of like so that I always know that it is mine,” he remarked during the publicity around the inauguration, showing off the inscription page. In March of 2019, he took to putting his name in other people’s bibles, autographing those of supporters at their request. 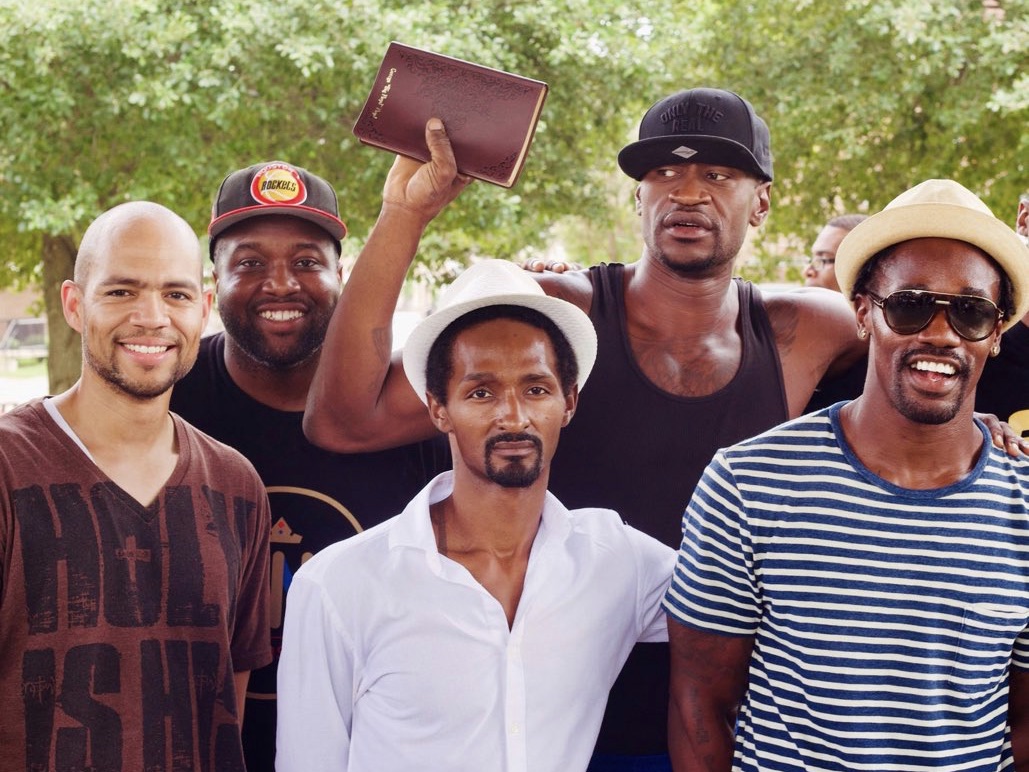 This absorption is not the same as “co-opting” the supposed meaning of the bible, which is a fact of all bible usage. It is, rather, the erasure of significance altogether. To see the difference, consider the photo of George Floyd holding aloft a closed bible (above), surrounded by friends at a church event. The photo was first published a few days before the president’s performance. Like Trump, Floyd held a bible up as a totem for the camera to catch. Like Trump’s photos, that one now circulates as a statement about the bearer. The difference is that in the photo of Floyd—surrounded by friends, in the midst of a church gathering—the bible’s contribution to the picture is palpable. That bible is being held aloft as a symbol around which a community has cohered. The only such symbol in Trump’s photo-op is himself.

The second bible on which Obama swore in 2013 was Rev. Dr. Martin Luther King Jr.’s “traveling” bible, a battered and used artifact. It was probably printed at about the same time as Trump’s own bible, but it has a lot more to show for itself than the owner’s name. And it definitely looks nothing like the book that the president mugged with last week. It looks like America.

Images: Top: President Donald Trump holds a Bible outside of St. John's Church, across Lafayette Park from the White House on Monday night, June 1, 2020, after riot police used tear gas and rubber bullets to clear away protesters. Part of the church was set on fire during protests the previous night. (Photo Credit: Patrick Semansky); Bottom: George Floyd holding a Bible at a church gathering with fellow Christians in Houston. According to a Christianity Today report, Floyd was a devout Christian who worked to mentor and spread faith to members of his neighborhood, the Third Ward in Houston, where he lived before relocating to Minneapolis for a job opportunity. (Photo Source: Nijalon Dunn | Courtesy of Resurrection Church Houston) 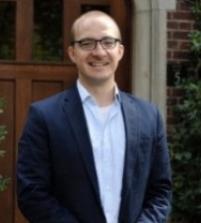 See All Articles by Seth Perry