Don't You Know There's a War On?

“Lean into it. Lean into the culture war.” That was the advice Jim Banks, a Republican representative from Indiana, gave to his fellow Republicans in a memo written this June. Banks urged his colleagues to “lean into” conflicts over “Critical Race Theory” and other cultural issues as part of the GOP’s effort to retake Congress in the 2022 elections.

Banks likely didn’t intend it this way, but his invocation of “culture war” displayed impeccable timing. This year marks the thirtieth anniversary of Culture Wars: The Struggle to Define America, one of the most important—and, appropriately, one of the most controversial—books about modern American politics. Written by the sociologist James Davison Hunter, Culture Wars gave a name to a phenomenon that needed naming: the conflicts over gay rights, abortion, and other cultural issues which have roiled the United States since the closing decades of the twentieth century.

Hunter’s book was remarkably successful for an academic text (it was probably the first Book-of-the-Month Club selection to invoke the Italian political theorist Antonio Gramsci). Its snappy title no doubt helped sell copies. But Culture Wars attracted popular and scholarly attention not simply because Hunter found a memorable name for these conflicts. He explained them as well, telling a clear, coherent, and compelling story about how Americans came to hate one another.

When Culture Wars appeared, Hunter was a professor of sociology at the University of Virginia and author of a well-received book on American evangelicals. American Evangelicalism: Conservative Religion and the Quandary of Modernity (Rutgers University Press, 1983) argued that the forces of modernity are inimical to orthodox religion, leaving religious groups with only a few options in the modern world. They can withdraw, they can accommodate—or they can resist. Culture Wars explains what happened when certain conservative religious groups decided to resist.

Hunter never suggested that cultural conflict was new to the United States. What WAS new, he argued, were the lines of battle. Cultural politics once split along denominational lines; Protestants clashed with Catholics and Jews. But these boundaries began dissolving in the middle of the twentieth century, giving way to a new divide that was ideological rather than religious. Hunter discerned two competing impulses in American politics: the progressive and the orthodox. Orthodox Americans (according to Culture Wars) believe authority lies outside the self. They look to authoritative texts like the Bible for instruction. Progressives believe that the Bible and other “timeless” moral guides should be revised in light of modern conditions. Our political differences spring from this fundamental cultural divide.

This divide, Hunter believed, was unbridgeable. Progressive and orthodox Americans simply had different understandings of reality—a claim that some critics ridiculed at the time, but which seems far less outlandish in our era of mass disinformation. The “culture wars” were thus not simply about policy. They were about “the power to define reality.” Each side sought to capture the “symbols of national life” in hopes of re-defining America to suit their vision.

Culture Wars did not convince everyone. Reviewers admired the force of its argument but were skeptical of its central claim. “The American people’s reaction to cultural conflicts is much more complex, nuanced, ambiguous, and ambivalent than any two-category typology might suggest,” noted a reviewer for the New York Times. The three decades since have done nothing to dull such critiques. As Hunter ruefully observed, “a small cottage industry of academic sociologists and political scientists emerged to counter [my] argument.” These critics drew on survey data and interviews to argue that the metaphor of “culture war” overstated the divisions among Americans.

Despite these critiques, Hunter’s book has shown remarkable staying power. It remains a staple on college syllabuses—indeed, I am assigning it in my seminar on “The American Culture Wars.” One reason the book has endured is because the phrase “culture war” is remarkably flexible. Hunter himself has repeatedly tweaked his argument to reflect contemporary concerns. Culture Wars downplayed class divides, but in a recent interview Hunter argued that the United States is now in the middle of a “class-culture conflict” motivated by the resentments of those “on the losing side of our global economy.” In that same interview, Hunter also addressed the issue of racism: “I would argue that what abortion was to [the culture wars] in the ‘70s, ‘80s, and ‘90s and maybe beyond, when it was really the critical issue, I think that’s now being replaced by race.” “Culture war” is expansive enough to encompass debates over inequality and white supremacy as well as abortion.

Another, and far more ironic, reason that Culture Wars has endured is because of its optimism. This may sound like a strange thing to say about a book that details the many ways Americans hate one another. But, if one looks past the military metaphors, Hunter’s vision of politics is surprisingly (and literally) idealistic. He insists that both sides in the culture war are “generally sincere, thoughtful, and well meaning.” There is no room in this story for opportunism, deception, or simple stupidity. Politics is about ideals, not self-interest.

It is an appealing vision, but it has its limits. Hunter argues, rightly, that we should treat cultural worldviews as an important factor in politics. Focusing too intently on word and symbols, however, threatens to reduce politics to a debate club with no real-world stakes. This explains why the book stumbles at the end. Granted, finishing a book is never easy, but the ending of Culture Wars feels disappointing, nonetheless. Hunter says that the culture wars are deadly serious. But he concludes that solving these conflicts does not require any major changes in American society. We just need a new “public philosophy” that can accommodate both progressive and orthodox Americans. If the wrong words got us into this mess, then the right words can get us out.

Is this a bit unconvincing? Yes. Does it undercut the significance of Culture Wars? Not at all. It would hardly be reasonable to demand that a single book solve a near-intractable social problem. Hunter himself made clear that he was only offering a diagnosis, not a prescription. And it is a diagnosis that holds up—as Banks’s advice about “leaning into” the culture war makes clear.

Indeed, the Banks memo suggests a fruitful new way to think about Culture Wars. We should take a page from the book itself by treating the very idea of a “culture war” as a contested symbol. On one side of this contest are academics like Hunter, who use the phrase in a serious effort to interpret American politics. On the other are right-wing ideologues who invoke the “culture wars” to score political points. Less than a year after Hunter’s book appeared, conservative commentator Pat Buchanan took the stage at the Republican National Convention to declare: “There is a religious war going on in this country. It is a cultural war, as critical to the kind of nation we shall be as was the Cold War itself, for this war is for the soul of America.” Hunter’s book produced a valuable research program; Buchanan’s speech spawned a legacy of right-wing tubthumping.

Ideas matter. Words matter. Symbols matter. That is the lesson of James Davison Hunter’s Culture Wars. And few symbols have mattered quite so much in modern American politics as that contentious phrase “culture wars.”

Sightings is edited by Alireza Doostdar and Willemien Otten. Sign up here to receive Sightings via email. You can also follow us on Facebook and Twitter. The views and opinions expressed in this article are those of the author and do not necessarily reflect the position of the Marty Center or its editor. 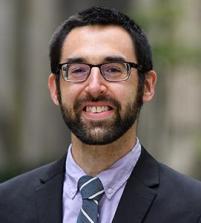 Author, William Schultz, is an Assistant Professor of Religions in the Americas at the Divinity School. His research focuses on the intersection of religion, politics, and capitalism in the modern United States. His book, Jesus in the Rockies: How Colorado Springs Became the Capital of American Evangelicalism, is forthcoming from the University of North Carolina Press.

See All Articles by William Schultz