The Biblical exegesis of violence in America and Israel

This year, Jericho found me at home. I have spent many days in the Jordan Valley city and many hours contemplating the first site of biblical conquest. White nationalists brought Jericho to the United States exactly as I remained within the walls of my home following the advice of public health experts in a global pandemic. Their Jericho was a march around the Capitol, launching an insurrection rooted in Donald Trump’s fantasy that he had actually won an election that verified his loss. The practice of a Jericho March congealed in state capitals where the marchers listened to speakers like Michael Flynn, then encircled civic buildings seven times in ritualized menace. The push toward Jericho culminated on January 6 in Washington, D.C. where blasts of the ram’s horn signaled their preparation “to take back America.” The night before, I recognized the battle plan to overtake the Capitol and perhaps the government, yet I could not think of whom to call with the claim that, as an expert on the book of Joshua, I knew there would be violence.

My failure to help stave off the mob folds into a larger crisis of ceding too much ground to extremists and allowing social schism to become militarized. A version of this crisis is all too familiar to me from research in Israel on the modern-day adoption of the book of Joshua as political script. It provides a study of what not to do in the United States. First, do not cede ground to right-wing, anti-government splinter groups. In Israel, the ground in question was literal, with a settler movement arising in the 1970s to demand government sanction and subsidy to develop suburban-style settlements in the Occupied West Bank. As settlers squatted in West Bank structures and on private Palestinian land, Labor government leaders like Shimon Peres and Yitzhak Rabin experienced category confusion about the settlers, puzzling whether they represented pioneering Israelis expanding the reach of the state or renegades at odds with the nation. Labor’s conciliatory actions emboldened the settlers, whose disregard for the elected government culminated in the assassination of Prime Minister Yitzhak Rabin. The current government of Israel cannot be disentangled from the settler movement, a parallel we see with the Republican party and violent insurrectionists. This must be nipped in the bud (or even the flower) under the basic principle that you should not be allowed to serve in a system you look to overthrow. When it perpetrates or promotes violence, white nationalism must be shut down definitively in its organized and vigilante forms. Workshops on racial understanding will not do it; where there is proof that putative public servants have participated in insurrection, they must be fired and prosecuted.

Second, we must demilitarize and deescalate ethnic and racial tensions. We are primed to think of the Israeli-Palestinian conflict in binary ethnic and religious terms. In truth, the structure of conflict holds in place two fragile national identities, themselves comprised of competing groups. A range of class, religious, and ideological divisions underlie the umbrella terms “Palestinian” and “Israeli.” As proven by the repetitive series of Israeli elections, political parties that lurch toward fascism succeed amidst social fragmentation. Through the reduction of civic rights, they look to exacerbate discord as a survival strategy. Empowered by oligarchic backers whose concessions to drill for gas, desalinate water, and dump waste in the West Bank abound, politicians like Prime Minister Benjamin Netanyahu target marginalized groups as cover for eliminating democratic rights for their own citizens. As class differences widen into yawning gaps, national unity depends upon armed opposition to minority groups. In Israel, quotidian violence directed toward Palestinians expanded into assassination of the elected Prime Minister. With more rapid fire in the United States, caging migrant children morphed into the drive for Mike Pence’s head. Paradoxes multiply as the governments in question slash entitlements and recourse for their working-class supporters; their investments in militarization and surveillance ensure precarity, and everyone’s water, air, and earth become impaired through environmental deregulation. To reverse these trends, militias must be shut down, and the water, air, and soil that bind us must be reclaimed from the private interests who extract and impair them.

Israel’s foundational state militarization and the subsequent self-arming of settler militias derived justification from the book of Joshua. In this way, ancient Hebrew terms came to define the Israel Defense Forces: the very words for “occupation” and “settlement” come straight from Joshua. A similar embrace of the book is underway among twenty-first-century American evangelicals, which brings us back to the recent Jericho March. As I have recommended in the Israeli case, so I suggest in the American one: read the whole book of Joshua. The first half of Joshua revels in the genocidal campaign of a unified army, but the second half shows that no concerted war actually occurred. Allegedly exterminated peoples persisted as neighbors in a social structure where a range of different groups negotiated daily life on shared land. My research shows that the first half of Joshua is a war story composed in order to effect a sense of unity and triumphal beginnings among the families, clans, and tribes whose overlapping, sometimes competing, claims characterize the second half of the book. The creators of the war story relied on opposition and violent fantasies about their opponents in order to define a nationalistic group identity. Yet, behind the story of armed conquest rests a more complex social reality of nested groups cohabiting a place where the lines between Israel, Judah, Benjamin, Jebus, Kenaz and Canaan simply weren’t very clear.

As I watched the violent unfolding of the Jericho March, I took comfort in the biblical figure who similarly stayed in amidst the fighting. Rahab, the Canaanite innkeeper who lives in the wall of Jericho, protects her household and survives the battle. This scene on which the plot of Joshua depends dramatizes the process through which households scattered among the regions of Canaan sacrificed some of their autonomy in order to confederate. In literary terms, the tumbling walls of Jericho symbolize the absorption of Canaanite households and cities as the People of Israel. When Rahab allows her wall to fall, it represents her alliance along with that of other urban and rural families. The miraculous tale of ritual encirclement and holy noise that shakes the walled city to its foundation contains a quieter scene of negotiation, in which Rahab stipulates the terms of alliance as requiring the survival of her household and her leadership of it. In this light, the story of Jericho narrates how the people of Israel come into being in a local, Canaanite space; the alliance of households is what makes the state possible.

This leads to my third piece of advice: we must start thinking of ourselves as inhabitants. We inhabit communities, ecosystems, and watersheds battered by pandemic, climate change, and inequitable development. Like Rahab, we should prioritize our survival and the web of alliances that will ensure it. Focusing on the regional work of adapting infrastructure and distributive systems so that people can weather fires, floods, superstorms, and pandemics, while employing and engaging locals in the process, can go far in reconciling us with our neighbors. The quotidian material connections among inhabitants can also unmask the hollow, self-serving rhetoric of authoritarian leaders and support public reabsorption of privatized assets. Rather than encircling public buildings and promoting elimination of common protections, we had best collectively adapt the places we inhabit. The nation is but a collection of households on an interconnected stretch of sacred land.

Photo: Israeli protesters demonstrating in July, 2015, outside the Supreme Court in Jerusalem against a court decision to demolish housing units in the settlement at Beit El. (Ammar Awad | Reuters) 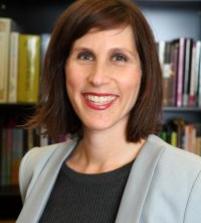 Author, Rachel Havrelock, is Professor of English at the University of Illinois at Chicago and author of The Joshua Generation: Israeli Occupation and the Bible (Princeton University Press, 2020).  She is the founder and director of the UIC Freshwater Lab.

See All Articles by Rachel Havrelock