A Biblical Attack on the Capitol?

The alternative facts and faulty exegesis behind Evangelicals' "Biblical worldview."

Amidst the shocking chaos that erupted in Washington last week were religious events that, though they garnered relatively little media attention, shed light on the ideation and motivations of some Trump supporters who stormed the Capitol. These events were self-described “Jericho Marches”: such gatherings have been coordinated by Trump supporters around the country since November and had been characterized on the organization’s website as “Judeo-Christians peacefully marching and collectively praying to God to intercede, expose a particular darkness, and bring about justice.” (The website has subsequently removed all content beyond a statement condemning the violence.)

The name “Jericho March,” of course, alludes to the biblical story in Joshua 6, where the Israelites march around the city of Jericho in their divinely-ordained quest to conquer it. Mimicking the biblical account, some Jericho Marchers in Washington blew ram’s horns (shofars) as they made their way around their target, the US Capitol. They also displayed Trump paraphernalia and signs referencing other biblical stories. For example, one marcher carried a sign that read “Donald v. Goliath.” In the January 5th march, the day before the capitol was breached, participants sang an Evangelical Christian anthem titled, “How Great is Our God.”

While the Jericho March organization advertises its peaceful intentions and, as mentioned above, issued a statement condemning the violence after it occurred, their imaginary is bellicose, as their biblical allusion makes clear. When one reads beyond the Israelites’ march in Joshua 6, one comes to vv. 20–21:

The people shouted and they blew the trumpets. When the people heard the trumpet sound, they raised a great cry, and the wall fell. The people ascended into the city, one man after another, and they captured the city. They put to the sword all that were in the city, from man to woman, from young to old, to ox to sheep and donkey.

In light of these story details, there is little reason to exclude the Jericho Marches from the list of incitements that contributed to the Washington insurrection. The violence that occurred at the Capitol Building paralleled closely the climax of the biblical account.

Much about the Jericho Marches and their marchers deserves scrutiny. I would like to focus on their creative, selective engagements with scriptural texts, both as they interpret biblical content and align it with their present moment. There were a number of such instances in the Washington Jericho Marches. For example, the marchers at the US Capitol self-styled as hyper-patriotic Americans. But in so doing, they overlooked their alignment with foreigners in the biblical story. The Israelites, after all, besiege a Canaanite Jericho, a city that had never before been Israelite. The “Donald v. Goliath” sign carried by a marcher similarly suppressed central details from the biblical story that it invoked. Is the Donald really to be equated with diminutive David, even after all of his grandiose claims—regarding his landslide electoral victory, the size of his crowds, the fraud perpetrated against him, or even his physical anatomy? Yet amidst all of their interpretive moves, the Jericho Marches’ insistence upon their peaceful intent is perhaps most jarring. When invoking the biblical Jericho story, is it really possible to suppress its violent outcome?

More than one answer to this question is possible. If we answer “no,” taking the organization’s subsequent disavowal of violence to be in bad faith, the name “Jericho March” could be understood as a dog whistle, inviting right-wing Christians to violence while maintaining a thin veneer of deniability. It is likely that the Washington marches functioned in this way for some: enactment of the biblical story’s beginning and middle demanded its proper end.

Yet if we take them at their word and answer “yes,” the naming of these marches can be understood as a highly selective engagement with the biblical Jericho story. In this scenario, what was redeployed from Joshua 6 was the act of marching, the ritual sounding of horns, the walls (now metaphorical) to be felled, and, most importantly, divine approval of the marchers. Set aside, at least in the minds of those who conceived of the Jericho Marches as peaceful, was the violent massacre that follows the biblical march.

This option does nothing to excuse the Jericho Marchers. Rather, observing it underscores the compartmentalization that characterizes much Evangelical Christian engagement with the Bible and the powerful habit of mind it promotes. A similar suppression of biblical violence—though with obviously more benign effect—is observable in the common Evangelical practice of decorating newborn babies’ bedrooms with images related to the biblical Flood story. This story describes the destruction of almost every living being on earth; what Evangelicals place in their home nurseries are cute little animals, a cartoonish boat, and brightly colored rainbows. Even the marketing of this decorating theme underscores the interpretive suppression it entails: it is almost invariably labeled “Noah’s Ark,” not “the Flood.”

Is this selective interpretive strategy a willful blindness? It is probably better to call it a cultivated one, for it is a practice that has been developed theologically and even enshrined in doctrine. Citing texts such as 2 Timothy 3:16, many Evangelicals endorse the “plenary inspiration” of Scripture. This means that they consider the biblical text to be divinely inspired, and thus authoritative and useful, in all of its parts. Among other things, this view facilitates a selective style of biblical engagement: no part of Scripture requires any other; they can all stand on their own. An interpretive approach guided by a claim of plenary inspiration can be contrasted with a literary approach, where, for example, a narrative, comprising a beginning, middle, and end, is considered incomplete without each of these parts.

The observations here ultimately relate to the larger Evangelical Christian notion of “biblical worldview.” When controversy erupted in the early months of the Trump Administration over the possibility of “alternative facts,” the historian Molly Worthen wrote insightfully of the appeal of such a notion among Evangelical Christians. She located this appeal in the Evangelical commitment to a “biblical worldview,” namely, a presuppositionalist mindset that, in its strong form, prioritizes what is “biblical” over any other ideas or evidence. Thus, for example, should scientific data clash with a biblical worldview—a perspective that includes a host of supernatural claims—the latter can serve for Evangelicals as “alternative facts.”

In her analysis, Worthen also observed that, when cultivating their biblical worldview, Evangelical Christians align a wide array of ideas with the Bible, regardless of how dubious the connections may be. The selective biblical engagements of the Jericho Marches help to clarify how such tenuous alignments are achieved. They almost always require both the suppression of discrepant scriptural content and a puzzling construal of the modern situation. Accordingly, the Jericho Marchers’ biblical engagements also help to explain the more general susceptibility in American Evangelicalism to skewed portrayals of reality, including those of Donald Trump. Evangelicals have long cultivated habits of mind, particularly in their biblical interpretation, that allow them to ignore or otherwise question counter-evidence. In the case of the Jericho Marches, I’m ultimately reminded of a different biblical prooftext: “They say, ‘Peace, peace!’ when there is no peace.” 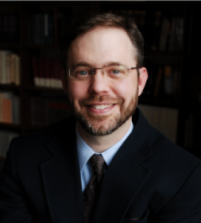 Author, Jeffrey Stackert, is Associate Professor of Hebrew Bible in the Divinity School, the College, and the Greenberg Center for Jewish Studies at the University of Chicago. He is also Associate Faculty in the Department of Classics and the Department of Near Eastern Languages and Civilizations.

See All Articles by Jeffrey Stackert