The Necessity of Bridge-Building 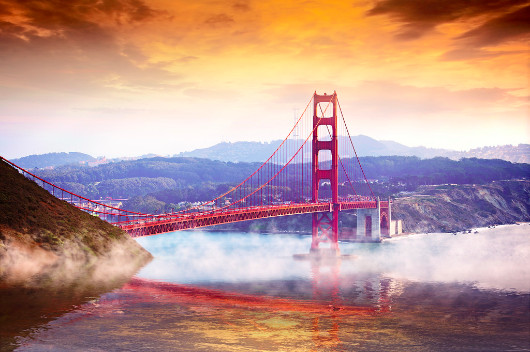 David Levithan, author of Boy Meets Boy (2003) and Two Boys Kissing (2013), will be awarded with the 2017 Chicago Tribune Young Adult Literary Prize at next weekend’s Printer’s Row Lit Fest in Chicago. Many of the bestselling author’s books feature gay characters and plots. A few decades ago his books would have been burned and the author scorned in most American cities. Today, as the Lit Fest world celebrates such books and authors, some adults still express concern or disapproval, while many (most?) young adults, our spies on the YA literature scene, yawn. There are battles ahead, but the war over LGBT rights has already been won by advocates. “Get used to it!” critics of the genre and its subjects are told.

Sightings has rarely done justice to the LGBT revolution, though it would have been easy to locate and comment on kindred topics almost any Monday during the two decades of our “sighting” efforts. The observer and reporter in me observes and reports that changes in public opinion on these issues have been astonishingly sudden. Why? Certainly, activists from the Lit Fest, academic, and celebrity worlds have argued the case for acceptance, appreciation, and celebration of the LGBT community. However, a subtler but more effective impetus probably came from the fact that your “pastor’s kid,” “pious niece or nephew,” “fellow believer,” “once distressed and shamed friend,” came out and remain active in religious organizations and causes.

Of course, given the centuries of anti-LGBT stands taken by religious groups—whether citing the Hebrew Scriptures and New Testament, official Catholic teaching, or traditional Protestant and Orthodox doctrinal and ethical positions—these changes can be nonetheless jarring.

A major bridge-builder is Father James Martin, S.J., whose new book Building a Bridge: How the Catholic Church and the LGBT Community Can Enter into a Relationship of Respect, Compassion, and Sensitivity displays guarded hope for change, as did his October 30, 2016, article in the Jesuit biweekly America. Please read either, or both, if you want to catch up on the constructions of this able bridge-builder. He is aware of the fact that certain Catholic teachings and phrases make acceptance of such an invitation difficult. Officially, homosexual acts may be defined as “intrinsically disordered”—at least for now. But does that trump the need for bridge-building? Not to Father Martin.

Thus, discussing the practices of Catholic institutions that fire LGBT people, he asks: “Do we [in Catholic institutions] fire a straight man or woman who gets divorced and then remarries without an annulment?” Such acts are also “against church teaching. In fact, divorce is something Jesus himself forbade. Do we fire women who bear children out of wedlock? How about a person who is living with someone without being married? Those actions are against church teaching too.”

Father Martin doesn’t pretend that because many Catholics turn a blind eye to other, less stigmatizing transgressions, that settles everything. Instead, faithful Jesuit that he is, he frames these complex issues in larger contexts, stressing the values of RESPECT, COMPASSION, and SENSITIVITY. Catholics have to learn this: “the catechism says ‘every sign of unjust discrimination’ must be avoided. Helping someone, standing up for someone when they are being beaten, is part of compassion. It is part of being a disciple of Jesus Christ.” Father Martin wants people on both shores-to-be-connected-by-bridges to get to know the other as a first step. They don’t, very often or very well, as of now. Parades, banners, and protests are pictured along with Father Martin’s article, but he himself is interested in the people whom they represent (or misrepresent). Then, difficult as the task may be, bridge-building can prosper.

- Martin, James, S.J. Building a Bridge: How the Catholic Church and the LGBT Community Can Enter into a Relationship of Respect, Compassion, and Sensitivity. HarperCollins, 2017.

- Tushnet, Eve. “The challenge of being both gay and Catholic.” Washington Post. June 1, 2017. [Critical review of Fr. Martin’s book.]

- Williams, Brian. “Why Bishops Should Condemn Fr. Martin’s Dangerous Bridge.” Liturgy Guy. May 7, 2017. [For an opposing view on this topic.]