#JeSuisCharlie: Blasphemy in Hinduism and Censorship in India

Free speech, under attack in France, is also contested in India, where violence ignited by videos or messages deemed “blasphemous” or “insulting” by orthodox Hindus has long been a reality

Free speech, under attack in France, is also contested in India, where violence ignited by videos or messages deemed “blasphemous” or “insulting” by orthodox Hindus has long been a reality. In 2014 alone, eighty-five religion-related attacks on the media were reported (see The HOOt in Resources).

Blasphemy and censorship in India have a complex history because Hinduism in ancient times was primarily orthoprax (and hence often intolerant of violations of social norms), not orthodox; its polytheism included even monotheism among its many doctrines. One god or another was often mocked; there was no concept of divine blasphemy.

To keep the length of today's Sightings manageable, let's fast forward to Britain's colonization of India which began in 1757. Not only were the British Protestants but they were Victorian Protestants. They rejected as filthy paganism the sensuous strain of ritual, polytheistic Hinduism, what they regarded as all those Kitschy images of gods with all those arms. It reminded them of Catholicism.

But the British respected the more ascetic strain of Indian philosophy, including Indian monism and idealism (so appealing to European philosophers from Schlegel to Hegel) and the Bhagavad Gita (so appealing to the American Transcendentalists), and the monotheistic strains of bhakti, on the whole (in their view) a more reasonable sort of religion.

Some Protestants within the British Raj tried to recast Hinduism as a monotheism, with a Bible—the Bhagavad Gita—thus also validating the worship of Krishna/Vishnu (the god of the Gita) as a monotheistic god. (The British tended to prefer the company of Muslims to Hindus for a number of reasons, including the simple fact that Islam was a monotheism that revered the Hebrew Bible and the Christian New Testament.)

The many English-speaking Hindus who worked for and with the British came to accept the British evaluation of Hinduism and developed several new forms of so-called Reformed Hinduism, such as the Brahmo Samaj and, later, the Arya Samaj, which valued the philosophical, ascetic aspect of Hinduism and devaluated the worldly, householder aspect.

This sanitized strain of Hinduism, also sometimes called Sanatana Dharma, the Eternal Law, was just one form among many, and a minor strain at that. It thrived primarily among the middle castes, who aspired to raise their social class by aping Victorians, this whole strategy aping the much older Hindu strategy of lower classes aping Brahmins, in a process that the great sociologist M. N. Srinivas called “Sanskritization.”

Those at the top and the bottom went on telling their stories and dancing their dances and worshipping their many gods. But the middle castes began to enforce the idea of orthodoxy and to embrace the concept of blasphemy against the gods. Now, for the first time, Hindus of one sort denied the authenticity of other Hindus. Yet the middle castes could not sue the blasphemers, for there was no law against blasphemy in India, not even in British India.

Since British law in India upheld freedom of speech, the authorities needed to employ other means of controlling possibly subversive voices. The laws against libel and sedition became the British Empire's censorship tools in the subcontinent. Prime among these was Indian Penal Code 295(A), which was passed in 1927, at a time of intense conflicts between Hindus (particularly Arya Samaj Hindus) and Muslims.

When the Muslim community demanded a law against insults to religious feelings, the Colonial British Government enacted Section 295(A). The law stated:

Whoever, with deliberate and malicious intention of outraging the religious feelings of any class of [citizens of India], [by words, either spoken or written, or by signs or by visible representations or otherwise,] insults or attempts to insult the religion or the religious beliefs of that class, shall be punished with imprisonment or either description for a term which may extend to [three years], or with fine, or with both.

Other cases followed, most of them protesting insults against Islam, and some defending Catholics—that is, defending religious minorities against Hindus.

The situation changed dramatically after India's Independence from Britain, in 1947, with the rise of a new form of Hindu Nationalism, no longer directed against the British but against other religions in India, primarily Islam and then Christianity.

Hindus have long prided themselves on their tolerance, and indeed the worldly, polytheistic, orthoprax strain of Hindus has always been admirably tolerant of the beliefs (if not necessarily the actions) of other religions. But Hindus of the more orthodox strain remain intolerant of any slur cast against their tolerance.

Shortly after Partition, which split the Indian subcontinent into India (with a Hindu majority), and Pakistan (with a Muslim majority), M.S. Golwalker, a member of the Nationalist and anti-Muslim Hindu association, the RSS, remarked that, since Hindus are, as is well-known, the most tolerant people in the world, they deserve to have the land of India to themselves, and therefore the (purportedly less tolerant) Muslims should be disenfranchised.

This movement began to call itself Hindutva, “Hinduness,” a term that was invented by the nationalist Vinayak Damodar Savarkar in his 1923 pamphlet Hindutva: Who is a Hindu?  Hindutva is both orthoprax and orthodox, and its adherents have inspired violence against both Muslims and Christians.

India still prides itself on having no blasphemy laws (in contrast with Pakistan, which does indeed have them). But 295(A) functions as a blasphemy law, and calls for a nuanced judgment on whether the “outraged religious feelings” of the plaintiffs stem from a lying insult against a group religion or caste, which could lead to violent disorder, making it the equivalent of slander against an individual, or from a reasoned argument or artistic venture intended to uncover the meaning of, or contradictions within, such a group.

In fact, 295(A) has been used more often to incite violence against non-Hindus than to curb it.

The territory of 295(A) is a treacherous no-man's-land in which to maneuver. To prove that one had, or did not have, “deliberate and malicious intention” is a slippery matter. Fear of prosecution under this highly subjective law has silenced a number of writers and publishers in India today.

The HOOt: Watching Media in the Subcontinent. “Free speech under attack from violence and defamation suits.” Accessed January 13, 2015. http://thehoot.org/web/Freespeechunderattackfromviolenceanddefamationsuits/7957-1-1-6-true.html.

Golwalkar, M.S. We or Our Nationhood Defined. Guruji: Bharat Publications, 1939.

Shamsul-Islam. Golwalkar's We or Our Nationhood Defined: A Critique, with the Full Text of the Book. New Delhi: Pharos Media & Publishing Pvt Ltd, 2006.

Ren, Chao. “Religion and Nationhood in Late Colonial India.” Constructing the Past 12:1 (2011). http://digitalcommons.iwu.edu/cgi/viewcontent.cgi?article=1155&context=constructing. 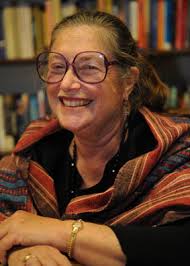 Author, Wendy Doniger, is Mircea Eliade Distinguished Service Professor of the History of Religions at the University of Chicago Divinity School. She also has joint appointments in the Department of South Asian Languages and Civilizations, the Committee on Social Thought, and the College. Her research focuses on Hinduism and mythology. Her courses on Hinduism cover mythology, literature, law, gender, and zoology. She has published almost forty books, has translated three Penguin Classics, and written a novel. Her most recent academic books are The Hindus: An Alternative History (2010), On Hinduism (2014), and Hinduism in The Norton Anthology of World Religions.