Christianity in South Korea will never be the same post-pandemic.

In November 2021, public health authorities in South Korea finally eased COVID-19 restrictions on religious gatherings. After almost two years of waiting, those who remained faithful during the period of stricter social distancing began to flock to places of worship and tried to find comfort in the company of fellow worshippers. Of course, the situation still appears too grim to chase away the anxiety from their minds and bodies. Masked congregants spare no effort to come much earlier than usual and form long queues to check temperatures and scan QR codes before the service. To a large extent, these measures are implemented to avoid viral transmission among the congregation members. Yet, it would not be a stretch to say that those who gather for worship are also deeply concerned about the social stigma that has been leveled against Christianity and its offshoots as a hotbed of viral outbreak. If COVID-19 wreaked havoc on all fronts of South Korean society over the last two years, Christian churches have arguably suffered the harshest blow and it may take years for them to regain public trust and confidence. From the very beginning of the pandemic, Christianity was a negative cause célèbre throughout South Korean society. In February 2020 when the first wave of mass infections hit the city of Daegu in southeastern Korea, its origin was traced to “Patient No. 31” who turned out to be a member of an end-time Christian sect, the Shincheonji (meaning “New Heaven and New Earth”) Church of Jesus or simply the SCJ.[i]

What made things especially complicated was that this church operated in highly secretive ways, in part because its soteriology drew a sharp line between the saved and the condemned, and in another part because it had already acquired a bad reputation as a “heretical cult” from the Korean Christian community and wider society. Thus, the authorities had a hard time carrying out the so-called 3T approach (Trace, Test, and Treat) toward the SCJ, since it ran many front organizations under different names and was reluctant to hand in the roster of its followers who feared being outed as members of a stigmatized “cult.” If the Foucauldian dream of biopolitics during the time of a pandemic is to keep everyone’s identity and physical location under close surveillance, [ii]the SCJ posed a nightmare, so to speak, full of ghostly figures.

Before long, the SCJ and all its para-church organizations were under harsh scrutiny, and widespread indignation emboldened some political leaders to crack open the church’s guarded wall. Pressured from all quarters, the SCJ eventually caved in, as its founder and chairman, Lee Man-hee, who is said to be Jesus’ final messenger appearing in Revelation 22:16, issued a public apology and promised full cooperation with the health authorities. Lee’s press conference and his subsequent imprisonment (on the charge of obstruction of justice) marked the beginning of the end of the first wave of the COVID-19 pandemic in South Korea. The second wave of mass infections in South Korea was caused by an evangelical/charismatic Christian group under the leadership of Jun Kwang-hoon, pastor of the Sarang Jeil Church and long-time political firebrand. From the summer of 2018 to early 2020, Mr. Jun and his followers played a central role in organizing a series of reactionary politico-religious rallies to “vertically” oppose the new state elites in the liberal-leaning Moon Jae-in government, as well as to “horizontally” oppose what they considered threats to the nation’s security and moral uprightness: homosexuality, Islam, and North Korea. [iii]

And voilà! The pandemic did not stymie their politico-religious fervor. Determined to continue their collective actions, this ultraconservative politico-religious group set up a sort of base camp at the Sarang Jeil Church; spent days and nights together there to pray for the nation; and organized a massive outdoor rally at Gwanghwamun on August 15.[iv] This rally including its preparatory gatherings is said to have sparked the second wave of mass COVID-19 infection in South Korea, since more than a thousand people directly involved with this social movement were found infected by the end of the month. Blamed for pushing ahead such a large gathering amid the pandemic, Mr. Jun, who was himself found infected two days after the rally, made a public apology and yet suggested the conspiratorial theory that his church was a target of bioterrorism by a North Korean operative. This viral outbreak forced the so-called Gwanghwamun rally group to move much of its activism online and continue in a hybrid mode. The second wave of the massive coronavirus infection subsided by mid-September.

The third wave came in the winter of 2020 and lasted until the spring of 2021. This time, the blame went mostly to the cold and dry season which is known to create a suitable condition for the proliferation of respiratory viruses. However, Christianity was not completely out of the woods when it came to public mistrust. The most ill-famed example was a case of mass cluster infections that was traced back to religious gatherings held by Inter-Coop Mission at the BTJ (Back to Jerusalem) Center for All Nations. In defiance of social distancing rules amid the pandemic, this fringe missionary group not only ran training camps for lay missionaries but also taught them that both COVID-19 and vaccines were part of a nefarious scheme plotted by “an anonymous organization” (presumably Bill Gates and his associates) for world conquest.[v]

This is why the Inter-Coop Mission operated in such highly secretive ways in the first place, asking its members to cover their tracks and refusing to cooperate with the health authorities, including getting vaccinated against COVID-19.

All these cases of mass cluster infections at churches and para-church sites in 2020-2021 gave rise to what may be called “Christianophobia” in the plague-ridden South Korean society. Some small shops and restaurants put out signs that read: “Temporarily off-limits to Christians,” while harsh words against Korean Christians abound on online discussion boards. Knowing that they might not be welcomed, some Christians now reportedly tone down their religious identity in public. It should come as no surprise that anti-Christian, or, to be more precise, anti-Protestant, sentiments have taken a toll on church membership, given that many congregations already found it difficult to stay connected with their members during the pandemic. According to News&Joy, six major Protestant denominations — mostly Presbyterians and Methodists — lost almost 400,000 members in 2020 alone, representing a 5.3% decrease compared to the previous year. And this is only part of a decade-long downward trend for these denominations, whose membership dropped more than 20% from its peak in 2011.[vi]

Granted that most, if not all, churches belonging to these major denominations have followed the pandemic guidelines laid out by the public authorities, it is ironic to see that they are the ones taking responsibility for the damage done by the likes of the SCJ, the Gwanghwamun group and the Inter-Coop Mission. Unfortunately, society does not always make clear distinctions between various Christian groups, and it often falls on the representatives of socially concerned churches to take responsibility and apologize.[vii]

What does all of this turmoil suggest about the future of South Korean Christianity in the post-pandemic era? Certainly, things will never be the same as before. “Collective effervescence,” that essential component of “religion” in the Durkheimian sense of the term that depends on embodied co-presence, has lost its fizz significantly, and it is likely to remain so for a while. Conversely, many churches will continue to be affected by centrifugal forces, as many lay people have slackened their religious devotion and/or explored a host of other religious options readily available on the internet.

But who can tell? Times of crisis such as the current global pandemic have often been breeding grounds for prophets and messianic figures who might be able to draw people back into the religious fold. In fact, South Korea has already been in crisis for quite some time, a Hobbesian society of homo homini lupus where the gap between the rich and the poor has grown extremely wide, and the suicide rate, especially of young people, has been the highest among developed nations for over a decade. [viii]

Seen from this perspective, the success and continuing appeal of religious groups like the SCJ, the Gwanghwamun movement, and the Inter-Coop Mission are perhaps only a symptom of a broader social malaise. After all, they are the ones who preach that “the end is near;” point the finger at someone or something to blame; and lay out clear action plans to fix all the pressing problems.

[i] The Shincheonji Church of Jesus has expanded globally, including in the USA. Its American branch runs an English website at the following address: https://www.scjus.org/. 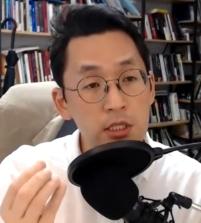 Myung-Sahm Suh (MDiv’06, PhD’17) is an assistant professor in the Department of Christian Studies at Ewha Womans University, South Korea. His research focuses on the intersection of religion, politics and generation in contemporary South Korea.

See All Articles by Myung-Sahm Suh