Catholic versus Muslim "Terrorism" in the U.S.: A Double Standard

I am a practicing, albeit far from exemplary, Roman Catholic. Like so many of my fellow Catholics, it’s impossible to overstate my sense of outrage, shame, and frustration with the leadership of the church over its unconscionable decades-long conspiracy to cover up and thus further enable the unspeakable crimes of sexual predation perpetrated by members of the clergy against infants, children, teens, and vulnerable adults. Unlike the vast majority of my fellow Catholics, however, I have very close ties to Muslim communities here and abroad 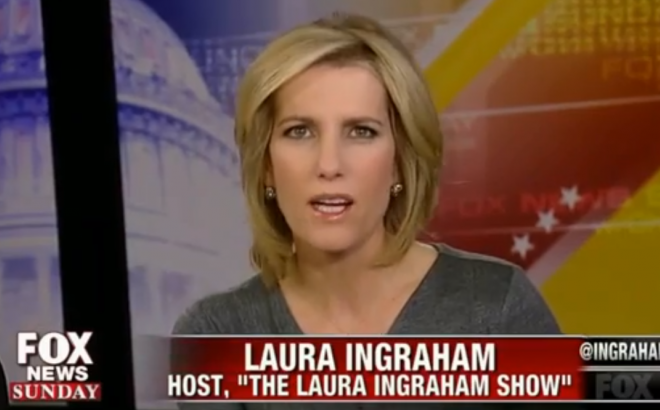 I am a practicing, albeit far from exemplary, Roman Catholic.

Like so many of my fellow Catholics, it’s impossible to overstate my sense of outrage, shame, and frustration with the leadership of the church over its unconscionable decades-long conspiracy to cover up and thus further enable the unspeakable crimes of sexual predation perpetrated by members of the clergy against infants, children, teens, and vulnerable adults.

Unlike the vast majority of my fellow Catholics, however, I have very close ties to Muslim communities here and abroad. In fact, I have devoted over thirty years of my life to teaching Islamic studies, the last eighteen of which have been at an institution that trains religious order priests for ordination, as well as lay women and men (including Muslims) for various careers in ministry.

Why mention the clerical sexual abuse scandal and my own vocation in Catholic-Muslim relations in the same breath? The answer is as simple as it may be surprising. There seems to be a telling double standard when it comes to the public reaction to the horrific revelations of the recent Pennsylvania grand jury report on clergy sexual abuse.

For those of my fellow Americans who still cannot see how the rhetoric and policies surrounding so-called “radical Islamic terrorism” and other forms of Islamophobia are expressions of bigotry in our treatment of religion and religious freedom in this country, I ask you to consider the following questions:

Why, at this point, is the Trump administration not calling for a Catholic travel ban, or a ban on priests entering the United States—at least “until we can figure out what is going on”? Why is the president himself not tweeting about how Catholicism must “hate children,” or about how he’s heard “many people say” that pedophilia and the sexual assault of the most vulnerable are in the DNA of a celibate all-male priesthood? Why aren’t Catholic parishes under surveillance by the FBI, or undercover FBI agents commissioned to sting pedophile priests? On a popular level, why aren’t people fed up enough to take certain steps as outraged citizens and tell Catholics they know or meet on the street to remove their crucifixes and dashboard saints if they want to be real Americans? Why aren’t Catholic clergy, lay people, and other experts being compelled by a combination of this outrage, and the ratings bonanza outrage usually generates, to appear on cable news shows in order to explain themselves and their faith?

I ask these questions not because I think any of this would be a good idea—far from it. I hope the very specter of such a reaction would strike most readers as entirely irrational, not to mention grossly immoral. As utterly grotesque and intolerable as clergy sexual abuse and its cover-up is, I hope most readers would agree that there is enough evidence of the positive side of the church’s history in the U.S. to put the crimes of some of its leaders into the proper perspective. And then there’s the fact that there is enough behavioral data to indicate that pedophilia is a psychosexual disorder having little to do with being Catholic—or even celibacy. Along similar lines, one might also point out that there is nothing particularly Catholic about the propensity of institutions and the powerful to protect themselves even at the expense of the most vulnerable.

Why then, does such irrationality characterize a great deal of the public reaction to the far rarer incidents of domestic terror committed by those who self-identify as “Muslim,” and in some instances even use twisted interpretations of their faith to attempt to justify their heinous acts of violence perpetrated against the innocent? Why might some reading these words be tempted to draw a distinction without a difference between a pathological individual who utters God’s name before taking the lives of others with a weapon, and an equally pathological individual who uses his social and spiritual status as an ordained minister to rape children and threaten them with damnation should they tell anyone?

As someone who has researched and written on the history of anti-Catholicism and Islamophobia in the U.S., I would argue there is at least one factor that helps to explain this disparity. In 2001, when a small group of criminal foreign nationals murdered well over three thousand people out of what they construed as religious conviction, Muslims were (and sadly still are) viewed by a majority of the American public as a dangerous “them,” rather than a familiar “us.” Conversely, by the time the priestly pedophilia/cover-up scandal broke in Boston just one year later, Catholics had managed to outlive their long-held status as a dangerous American “them” made up of “popish” immigrants from foreign lands who shared as little of “our” values as they did “our” taste in food and standards of decorum. To put this in terms of the narrative of racialization that is at the heart of the American story, in 2001 Muslims were still a brown “them,” while by 2002 enough American Catholics had become a sufficiently white “us.” In other words, while many Catholics—especially those clerics with ecclesial power and the laity with economic resources—have succeeded in becoming part of the American “we” espoused by the likes of Laura Ingraham and countless other white Americans, Muslims are part of Ingraham’s troubling “demographic changes” that “most of us never voted for.”

This is why, if the priestly sexual abuse scandal had broken in the late nineteenth or early twentieth century, at the height of Catholic immigration to the U.S. and anti-Catholic fervor, it’s hard to imagine that there would even be a significant Catholic community in the U.S. today. The Laura Ingrahams (and Donald J. Trumps) of the day—and there were many—would have made sure their audiences believed that allowing a Catholic Church to be built in local neighborhoods would be the equivalent of handing over American children to marauding rapists in black cassocks. There are many lessons to be learned from the clergy sexual abuse. Let’s not overlook the one that tells us not to keep repeating the mistakes of the past when anti-Black, anti-Catholic, and anti-Semitic sentiment was very much part of the American mainstream. We cannot and must not allow anti-Muslim bigotry to be part of the American mainstream in the twenty-first century. Now, perhaps more than ever, those of us who love this country—and especially people of faith—must join together and recommit ourselves to standing up for the dignity of us all.