Carrying On or The Little Man Who Wasn't There

Sightings looks for meaning in the abyss of chaos that currently challenges American, and global, culture 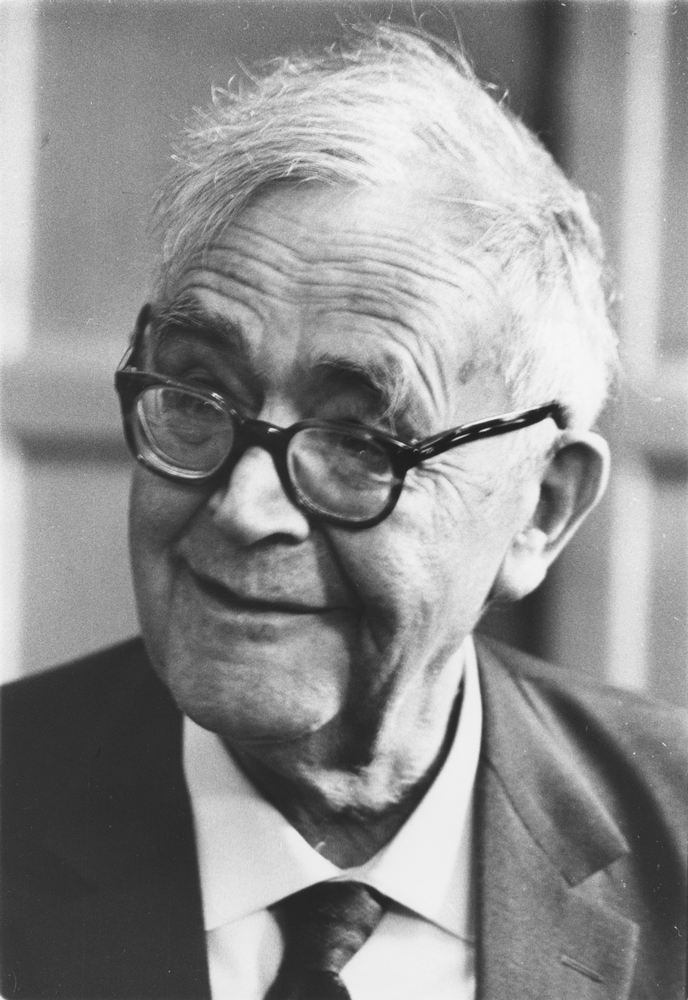 Sightings looks for meaning in the abyss of chaos that currently challenges American, and global, culture. The experience of life in its shadows led me to remember “Antigonish,” an old poem (1899) by Hughes Mearns. Some readers may welcome an audio backup on YouTube, which makes available an old Glenn Miller recording, where I first heard and heard of it (see Resources). So far as Google and I can tell, the poem has always invited as many exegeses as it has had readers or listeners. Try this.

Yesterday, upon the stair,
I met a man who wasn’t there
He wasn’t there again today
I wish, I wish he’d go away…

When I came home last night at three
The man was waiting there for me
But when I looked around the hall
I couldn’t see him there at all!
Go away, go away, don’t you come back any more!
Go away, go away, and please don’t slam the door… (slam!)

Last night I saw upon the stair
A little man who wasn’t there
He wasn’t there again today
Oh, how I wish he’d go away…

Suddenly, some light entered among the shadows, in the form of a quotation from 20th-century theological titan Karl Barth, which appeared in an essay written by Paul Dafydd Jones for the University of Chicago’s Enhancing Life Project on “Patience, Impatience, and Political Life Today.” I first quote Jones: “What should an academic Christian theologian do in [the current chaos]?” And then Barth, who wrote “soon after the Nazis seized power in 1933”:

I endeavor to carry on theology, and only theology, now as previously, and as if nothing had happened. Perhaps there is a slightly increased tone, but without direct allusions: something like the chanting of the hours by the Benedictines nearby in the Maria Laach, which goes on undoubtedly without break or interruption, pursuing the even tenor of its way even in the Third Reich.

Jones concludes: “A recipe for political quietism? Certainly not.” Barth was personally applying his theological understanding of “calling,” on which he wrote at great, great length. (He was Karl Barth, after all.)

One need not be a Barth, or a theologian, or even a Christian to get the point. One “endeavor[s] to carry on… and as if nothing had happened.” Yes, there might be that “slightly increased tone,” given the circumstances. Barth referred to the chanting in the monastery, “without break or interruption, pursuing the even tenor of its way…” Many of us might still be tempted to interrupt with the poem’s command—“Go away, go away”—and “I wish he’d go away,” but it will be more creative if theologians, religious scholars, political philosophers, some politicians, commentators, communicators, and thoughtful people of all “callings”—in business, commerce, education, industrial life, homemaking, media, and so much more—“carry on… as if nothing had happened,” aware though they may be of diverse happenings which they will interpret in diverse ways.

At least in imagination, I hear the figurative monastery chant, “with slightly increased tone,” calling us to pursue “the even tenor of its way,” even now. Especially now.

- Nel, Malan, and Eric Scholtz. “Calling, is there anything special about it?” HTS Teologiese Studies / Theological Studies. July 15, 2016.