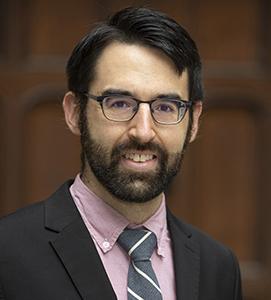 Location306B. Students can make an appointment with Professor Schultz at https://wjschultz.youcanbook.me/

Religions in the Americas

Faculty Assistant Professor of American Religions; also in the College

William Schultz is a historian of American religion with an interest in the intersection of religion, politics, and capitalism.  Schultz is currently finishing his first book, Jesus in the Rockies: Christianity, Capitalism, and the American Culture Wars (under contract with UNC Press), which explains how the confluence of evangelical Christianity and free-market capitalism transformed the city of Colorado Springs into an epicenter of American conservatism. His next project, The Wages of Sin: Faith, Fraud, and Religious Freedom in Modern America, uses cases of financial fraud between the 1920s and 1990s to explore how Americans have struggled with questions of religious authority and authenticity. Prior to joining the University of Chicago, Schultz was a postdoctoral fellow at the University of Pennsylvania and a faculty fellow at Harvard University. He received his B.A. from the University of North Carolina and his Ph.D. from Princeton University.

Students can make an appointment with Professor Schultz at https://wjschultz.youcanbook.me/