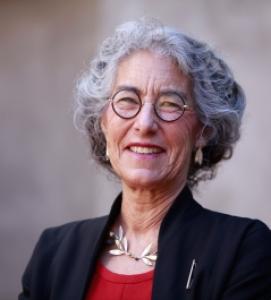 Faculty Margaret E. Burton Professor of Religion and Ethics; also in the College; The Program in Jewish Studies; and the MacLean Center for Biomedical Ethics at the Pritzker School of Medicine

A leader in the field of religious studies with particular scholarly interest in bioethics and Jewish studies, Laurie Zoloth’s research explores religion and ethics, drawing from sources ranging from Biblical and Talmudic texts to postmodern Jewish philosophy, including the writings of Emmanuel Levinas, Hannah Arendt, and Margaret Susman. Her scholarship spans the ethics of genetic engineering, gene drives, stem cell research, synthetic biology, social justice in health care, and how science and medicine are taught. She also researches the practices of interreligious dialogue, exploring how religion plays a role in public discussion and policy.

Zoloth is author of four books:  Health Care and the Ethics of Encounter: A Jewish Discussion of Social Justice; Second Text and Second Opinions: Essays on Jewish Bioethics ;  An Ethics for the Coming Storm: Jewish Thought and Global Warming; May We Make the World?: Gene Drives, Malaria, and the Future of Nature, and co-editor of six books, including Notes from a Narrow Ridge: Religion and Bioethics; The Ethics of Error: Mistakes in Bioethics and in Medicine; and Jews and Genes: The Genetic Future in Contemporary Jewish Thought.

Zoloth has been the president of both the American Academy of Religion and the American Society for Bioethics and Humanities and Vice-President of the Society for Jewish Ethics. She was the director of the Jewish Studies program at San Francisco State University and director of graduate studies in religious studies at Northwestern. She is an elected member of the Hastings Center and a life member of Clare Hall, University of Cambridge. She was a founding board member of the Society for Scriptural Reasoning, the International Society of Stem Cell Research and the American Society for Bioethics and Humanities.

Her work on bioethics and health care led her to serve on the NASA Advisory Council, the space agency’s highest civilian advisory board; the International Planetary Protection Committee; the National Recombinant DNA Advisory Board, and the executive committee of the International Society for Stem Cell Research. She served as chair of the first bioethics advisory board at the Howard Hughes Medical Research Institute and has testified in front of Congress, the President’s Commission on Bioethics, and state legislatures.

She currently serves on the national Ethics Advisory Board of NASA; and the national steering committee of The Engineering Biology Research Consortium, She has served as the dean of the Divinity School and as the Senior Advisory to the Provost on Social Ethics at the University of Chicago.

Prof. Zoloth was a recent guest on the "Big Brains" Podcast. Click the image below to listen to the entire interview. 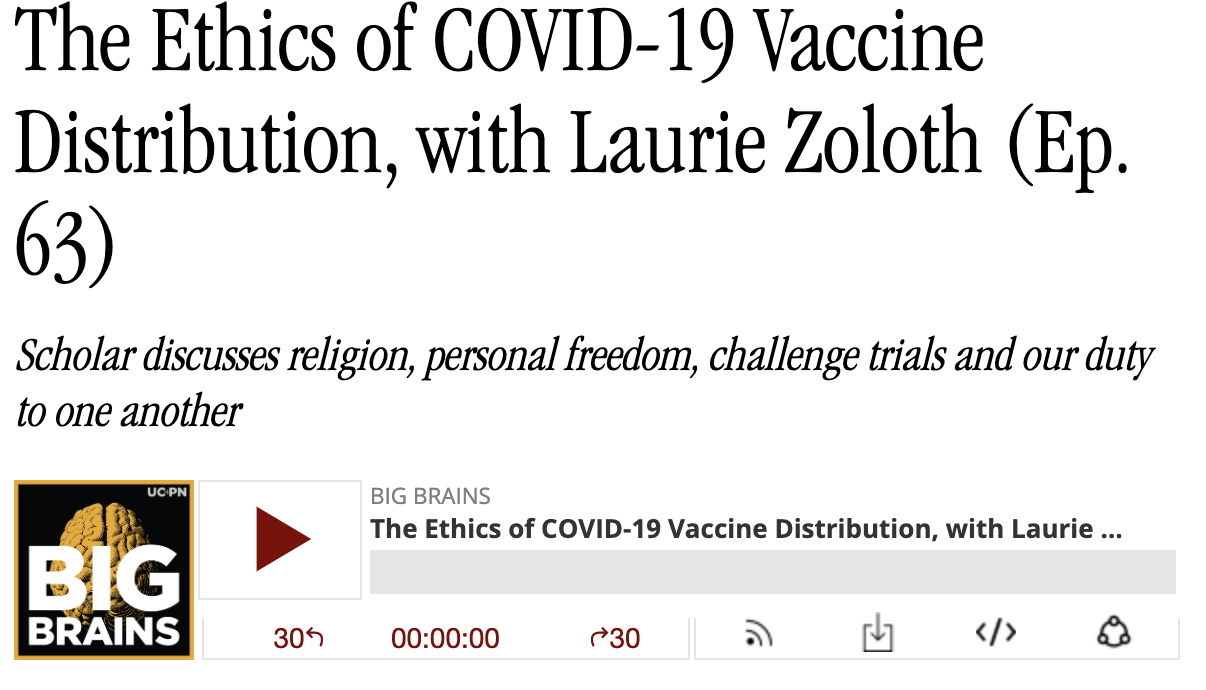