The Unity of Opposites: Political Theology and the Common Good

The elections in Israel two days ago were the country's fourth national elections in the last two years. Several possible factors may account for this proliferation of elections, such as the fragmented nature of the political system, the political clout of sectarian voting blocks, and narrow interests regarding the preservation of political power. Yet another way to understand the deadlock in Israel’s political system relates to the widening rift between liberals and conservatives, and the role religion plays in that divide.

The world, and Israel within it, is embroiled at present in a deep political and ideological crisis. The conception indicating the inevitable victory of liberalism in the modern era, which reached its height in Fukuyama’s 1989 declaration concerning the “end of history,” has proven to be misguided. Conservative forces are on the rise throughout the world, from Eastern and Western Europe to Australia, India, and the Americas. Critics proclaim this is not merely a hitch in the messianic course of liberalism, but rather evidence of considerable weakness in its vision and implementation. In his recent book Why Liberalism Failed, Patrick Deneen points to liberalism’s deconstruction of communal structures of meaning and its alienation towards nature. Major theorist of secularity Jürgen Habermas doubts the ability of modern secularism to reestablish its ethical foundations from within and to overcome various obstacles, particularly the ethical failure of neoliberal hyper-capitalism. In The Once and Future Liberal, Mark Lila claims identity politics, which has become the cornerstone of contemporary liberal thought, has eroded the idea of the common good. Attesting to the universal nature of this state of affairs, the recent elections in the US left the country deeply divided, and after initial attempts to call for unity—echoing the prophetic call to be “repairer(s) of the breach” (Isaiah 58:12)—the nation seems to be spiraling back into partisan politics and sectarian strife.

Religion now occupies a central place in this process. It is customary to argue that, since the 1980s, the world has experienced a post-secular transition. The basic concept of the secularization thesis, whereby modernization necessarily leads to secularization, has been invalidated by rising religious conservatism and fundamentalism and the emergence of hybrid models of religion and modernity, for which Israeli society serves as a fertile case study. In this discourse, religion, although it assumes liberal forms as well, is normally located on the conservative end. This tension between conservatism and liberalism, comprehension of the dangers implicit in the growing radicalization of both, and the role of religion in this constellation invite us to engage in renewed political thought based on religious foundations. On that note, a recent panel held by the Greenberg Center for Jewish Studies, featuring Israeli Member of Parliament Tehila Friedman and political analyst Ofer Zalzberg, explored the applicability of the concept of  the “Unity of Opposites,” found in the Jewish mystical tradition, to Israel’s political culture.

The idea of a “unity of opposites” is of course not unique to Judaism: “God is day and night, winter and summer, war and peace, surfeit and hunger,” Heraclitus proclaimed in On the Universe,[1] and University of Chicago’s Mircea Eliade explored the concept of Coincidentia Oppositorum in myriad schools of religious thought. The Kabbalistic and Hassidic “unity of opposites” theory is based on the central theological concept of God’s unity and totality. The idea of God’s unity and all-inclusiveness requires a conception whereby the duality that is assumed to exist in the world is only partial when related to the conception of divine unity, and the action that is necessary with regard to this duality is one of unification (yichud). The human role in the world is to implement these designations in practice, by a constant process of creating unity between opposites and revealing their shared roots.

This idea is best demonstrated by the liturgical phrase leyahed shem yud hey b’vav hey biyhudah shlim (“to unify the name of Yud Heh with the name of Vav Heh in complete unity”) – that is: to unite the two two-letter names of God that supposedly make up the tetragrammaton. This phrase appears in the sixteenth century in texts and prayer books inspired by the teaching of Rabbi Isaac Luria Ashkenazi, the forefather of contemporary Kabbalah, echoing earlier discussions in the thirteenth-century book of the Zohar and its commentators. In the benediction of “Leshem Yichud,” the designation of the names of Yud Heh and Vav Heh corresponds with the unification of the masculine and feminine aspects of the godhead – the Kudsha Brich Hu and the Shechina, signifying all forms of opposites uniting into one. Within the context of political thought, Rosenak, Isaacs, and Leshem-Zinger explore the applicability of this model to overcoming tensions between the “religious” and “democratic” discourses in Israeli society. In their pragmatic analysis, “each side’s reaction to any clash of interests is conditioned by its understanding of the Other and by its assessment of how flexible it can afford to be.” [2]

The main fault of this theopolitical concept, and of any political theology that proposes an allegedly higher point of view regarding political reality, is its failure to address the nature of the will to power. In attempting to overcome messianic utopianism on both sides, it runs the risk of its own utopianism regarding the end of political Machiavellianism. In actual fact, at any given moment, one side is ahead in the tug of war and believes that its power and strength can ensure it victory and exclusivity. In the case of the Israeli political system, this is at present an acute problem; due to demographic and other shifts, the conservative side has been in power for a lengthy stretch of time and has no reason to show any willingness to concede power to the other side. The ramifications of this supposed triumph are felt in a wide spectrum of issues, ranging from the role of religion in the public sphere to addressing the Israeli-Palestinian conflict.

But this is a dangerous illusion. The growing disparities in power are endangering the delicate fabric of society, based as it is on balances between these two forces – the conservative and the liberal. The unity of opposites between liberalism and conservatism is not only a present need, but rather a goal and an act of a distinctly religious nature. The misconception among many in both camps, whereby the other side represents an absolute political-social-moral otherness, is leading to constant radicalization of views on both sides, consequently endangering the very existence of society and of the community. The current media atmosphere, based as it is on social networks that constitute a type of “echo chamber” for political views and have nearly no supervisory mechanisms, is aggravating the crisis and diminishing the potential for understanding between opposites or alleged opposites. In order to prevail against the political realism of power there is need for a theopolitical realism of spirit, which recognizes the limitations of human power and the danger of constantly striving to attain it and which is capable of proposing, realistically and practically without disregarding human weaknesses, a shared, unified, and uniting vision.

[2] Rosenak, Avinoam, Alick Isaacs, and Sharon Leshem-Zinger. "Human rights: On the political, the dynamic, and the doctrine of unity of opposites." In H., Dagan, S., Lifshitz, YZ Stern (eds.), Religion and the Discourse of Human Rights (The Israel Democracy Institute, 2014), 463-499. 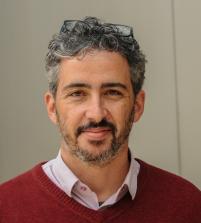 Author, Rabbi Dr. David Barak-Gorodetsky, is an Israel Institute visiting fellow at the University of Chicago Divinity School. His book Judah Magnes: The Prophetic Politics of a Religious Binationalist will be published this fall by the Jewish Publication Society and University of Nebraska Press.

See All Articles by David Barak-Gorodetsky