Rifts in the Mormon Family: What Just Happened?

Earlier this month, on Nov

Earlier this month, on Nov. 5th, the First Presidency of the Church of Jesus Christ of Latter-day Saints quietly changed a handbook that is available only to church leaders.

The changes stipulated that any Mormons in same-sex marriages were to be considered apostates, which would likely result in their excommunication. In addition, their minor children were to be denied naming blessings, baptism, confirmation, and priesthood ordinations (universal for adolescent males), which would likely result in their alienation from the faith.

When the new policies were leaked, there was an immediate outcry from Latter-day Saints on social media, including those who accept the church’s categorization of homosexual behavior as sin, but who nevertheless feel the new rules punished children for their parents’ choices.

On Nov. 6th, one of the Twelve Apostles gave a hastily-arranged interview to explain the changes to the faithful, noting that the new policies followed the precedent of dealing with polygamists, and that the intent was to protect minor children from religious conflict in their homes.

The current controversy stands in contrast with the events in June (2015); after the Supreme Court struck down state bans on same-sex marriage, the First Presidency sent a letter to all local church leaders in the United States reiterating the church’s position that while same-sex marriage was now legal, it was still prohibited for Latter-day Saints. Mormon bishops were forbidden to perform such marriages or allow church facilities to be used for same-sex weddings or receptions.

Leaders were instructed to read the letter to all adults and teenagers in Sunday meetings, and because the letter was in line with what most Mormons already believed, it was taken in stride.

However, the recent, non-public change to the leaders’ handbook continued to cause turmoil as many pointed out that Mormon children are often raised by parents who are not keeping LDS standards—resulting in religious tension at home—and that most of those affected by the new policies would be children in joint custody situations.

The First Presidency responded in a statement on Nov. 13 indicating that the rules were only to be applied to families in which the same-sex parents were the primary caregivers, and thus would apply to far fewer children.

The next day, Nov. 14th, a rally was held in Salt Lake City at which some 1500 Latter-day Saints were reported to have resigned their membership, the largest such protest in the history of the LDS Church.

More troubling to top church leaders, however, is that many of those who expressed concerns were active, believing Latter-day Saints, including some of the local leaders charged with implementing the new policies. This is nearly unprecedented in Mormondom.

What changed between June and November?

The new regulations, intended to prevent the normalization of same-sex families in church settings, represent a significant shift in how gay and lesbian Mormons interact with other church members. The regulations also appear to set basic doctrinal principles at odds with one another.

For instance, core tenets of Mormonism include agency, the innocence of children, and the rejection of original sin. Withholding baptism from the children of willing parents is virtually unheard of. And to suggest that some teenagers will do just fine without the gift of the Holy Ghost—which is conferred at confirmation—does not square with standard LDS teachings.

It’s true that the LDS Church employed stringent policies to stamp out polygamy in the early 20th century, but same-sex marriage today is quite different. One practice was illegal and scorned; the other lawful and increasingly accepted. The children of polygamists are often socialized to become polygamists, while children of same-sex marriages are overwhelmingly heterosexual.

Given the history of polygamy in early Mormonism, those who cling to the practice claim higher religious authority and are often part of an underground movement. In other words, they are apostates. By contrast, the decision to marry someone of the same sex cannot be supported with quotations from Joseph Smith or Brigham Young.

Apostasy, in Mormon thought, entails a direct challenge to church authority and requires mandatory disciplinary councils, along with murder, incest, and child abuse. Other sins, even serious sins, do not rise to the same level, and disciplinary councils are left to the discretion of local leaders.

Many LGBT Mormons accept the church’s high valuation of marriage and children, yet labeling same-sex marriage as apostasy makes a lifetime, legally-binding commitment between gays or lesbians a more serious sin than gay promiscuity.

Furthermore, the mandatory disciplinary councils suggest that same-sex marriage is worse than attempted murder, rape, sexual abuse, or spousal abuse, all listed in the Handbook as sins for which “formal church discipline may be necessary” (emphasis in the original).

It should be noted that although LGBT issues have roiled many American denominations in recent years, the stakes are higher for Latter-day Saints. Salvation in Mormonism occurs at the level of families rather than individuals. The highest degree of heaven is reserved for husband and wife pairs, with a promise of eternal procreation, just as all humankind began as spirit children of a Heavenly Father and Mother.

Family members must be sealed to each other through ceremonies in LDS temples. The loss of any family member from the faith breaks this chain, yet it is not at all clear how gays or lesbians would fit into the grand family scheme of heaven.

At this point, there is no theology for how to integrate LGBT siblings or children into the church other than lifelong celibacy. And if Mormons are forced to choose between church and family, many will choose family.

Another area of contention concerns church authority. While there is some flexibility in policy-making, fundamental doctrines are revealed, it is believed, not only in scripture but also to modern prophets and apostles.

However the distinction between doctrine and policy is not always sharp, and despite an assumption that the highest church leaders are not infallible, there is a sense that it is disloyal to point out any potential mistakes. It has also been troubling to some faithful LDS that changes of such significance seem not to have been well thought out beforehand.

So gay and lesbian Mormons, whether married or not, are upset; extended families of LGBT Latter-day Saints are upset; some devout members are upset at policies they perceived as draconian or doctrinally problematic; conservative Mormons are upset with fellow congregants who questioned the wisdom of the changes or the inspiration of leaders; and senior church leaders are undoubtedly upset at how all these decisions were rolled out. That’s a lot of unhappiness over a few lines in a handbook.

For Mormons, anxiety over the changing definition of marriage is not simply a matter of conservative prejudice; it is an issue with deep theological consequences which appear to contradict God’s plan for eternal families.

Yet many LDS families in the here and now are feeling keen discomfort, and the Mormon community as a whole, which operates more like a world-wide family than most other denominations, has discovered rifts that go beyond the old distinctions between active and inactive members.

Bailey, Sarah Pulliam. “Mormon Church to Exclude Children of Same-sex Couples From Getting Blessed and Baptized Until They Are 18.” Washington Post, Nov 6, 2015.

Welch, Rosalynde. “The Handbook Changes from the Institutional Perspective.” Times and Seasons, Nov. 6, 2015.

Image: Mark Lindsay, left, and Tom Kerns kiss on Nov. 14, 2015, in Salt Lake City, as Mormons gathered for a mass resignation from the LDS Church. A day after the Mormon Church issued clarifications but stood behind its new rules targeting gay members and their children, hundreds gathered in Salt Lake City to protest their displeasure with the policy changes. The attendees joined together in renouncing their membership with the Church of Jesus Christ of Latter-Day Saints. Credit: Rick Bowmer / AP Photo. 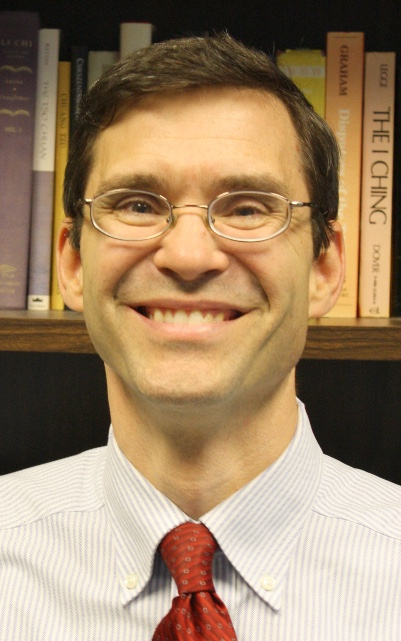 Author, Grant Hardy, Ph.D. Chinese Language and Literature, Yale University, 1988) is Professor of History and Religious Studies at the University of North Carolina at Asheville. He has authored Worlds of Bronze and Bamboo: Sima Qian’s Conquest of History; The Establishment of the Han Empire and Imperial China; and Understanding the Book of Mormon: A Reader’s Guide. He has also edited The Book of Mormon: A Reader’s Edition and co-edited the Oxford History of Historical Writing, Vol. 1. Hardy’s “Sacred Texts of the World,” a 36-lecture course for the Teaching Company, was released last year, and follows his earlier course “Great Minds of the Eastern Intellectual Tradition.”

See All Articles by Grant Hardy