A thesis about religion in American public life, which is Sightings’s interest: the “secularization thesis” is helpful when one is explaining change in religious institutions, practices, ideas, and influence 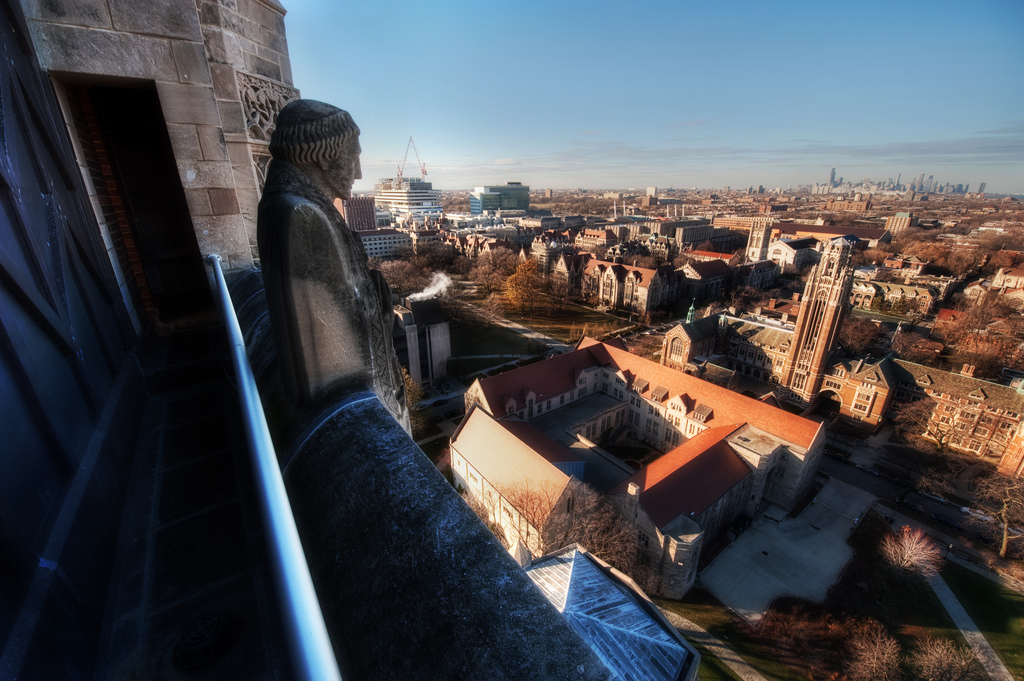 A thesis about religion in American public life, which is Sightings’s interest: the “secularization thesis” is helpful when one is explaining change in religious institutions, practices, ideas, and influence. But it has its limits. The presumably contrary “America-as-religious thesis” similarly helps observers and participants in American life to understand much of what goes on. But it, too, has limits. Interpreters fish for or invent other terms in efforts to be more encompassing and accurate. Sociologists and theologians rely on their bases of expertise, while we historians and journalists try to report on the American past and present with necessarily messier, less defined theses.

Messy historian M.E.M. occasionally tries to name the enduring situation. For example, we’ve tried the hyphenated “Religio-Secular”—the title of an earlier Sightings. The term is inelegant, not catchy, and has rarely been picked up. We’ve tried other “messy” approaches, including attempts to speak of “syncretism,” but the dictionaries want us to restrict its use to the “religious” side of things. So…?

“Religio-secular,” or some other term like it, would denote that when dealing with myriad phenomena in America, one cannot isolate “religion” or the “religious” from “secularism” or the “secular.” “Everyone knows,” we are told, that the media, by and large, are secular. Similarly, “everyone knows” that churches, etc., are religious. But tug at or unearth almost anything labeled “religious” and you will find strong secular elements. How “religious” are the “religious” when they make political or consumer choices? How “secular” are the “secular” when they want to do justice to American culture and society by simply overlooking religion and the religious?

A case study: last weekend, at the end of Holy Week—and a holy season for Christians, Jews, etc.—even those media regularly deemed most secular naturally made room for a nod at religion. Take, for example, the Sunday issue of the New York Times, widely portrayed as the citadel and promotional center of rampant secularism. We read the Sunday Review section of that “secularist” publication. On one page former President Jimmy Carter responds to an interview headlined “President Carter, Am I a Christian?” and does so in predictably (for him) and firmly Christian terms. Below that interview is a column by Peter Wehner, who evangelically quotes the book American Grace, which finds “Christians and other religious Americans” to be “generally better neighbors and ‘more conscientious citizens than their secular counterparts,’” but “‘less tolerant of dissent than secular Americans.’”

To the left on that page, though not in outlook, is Ross Douthat, whose “Save the Mainline” headline suggests that liberal Protestantism is almost beyond saving because its constituency has been too friendly to the secular. He urges relaxed, lapsed, and former mainline Protestants to sign up again: “Just go to church, guys. The… doors are open.” Then he promises to “talk about the Church of Rome,” his spiritual home, “next Easter.” The “Church of Rome,” of course, manifests the “religio-secular” as much as others, being simultaneously at home with both of those adjectives linked by a hyphen indicating tension.

Elsewhere in the Review section two young Muslim refugees, in a serious cartoon, try to make sense of life in a mosqueless neighborhood where Muslims are real but disguised. Half of another page is devoted to the story of Robert J. Bentley, the Alabama “Love Gov” who preached Baptist pieties but was dethroned because of a sex scandal. (News of sex scandals has to be, alas, “religio-secular” in its cultural reach.) Finally, historian Molly Worthen intelligently expounds on “post-truth,” relativism, and messiness in politics under the headline “The Evangelical Roots of Post-Truth.” How does one disentangle the conflicting realities visible to observers and interpreters without seeing what the adjectives on both sides of the hyphen represent: religio-secular America?

Last, a plea: provide us with a more elegant term for that obvious reality.

- Dressler, Markus. “Beyond religio-secularism: Toward a political critique.” The Immanent Frame. February 25, 2014.