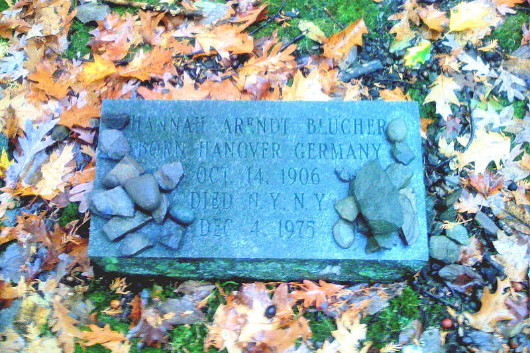 You may remember a moment during this news-saturated summer when suicide was atop the national headlines. Two famous people, Kate Spade and Anthony Bourdain, took their lives days apart, and for a brief period the events of the Trump administration gave way to focused attention on the alarming rise in suicides over the last two decades.

What eventually knocked this discussion off the front page was the Trump administration’s policy of separating asylum-seeking parents and children at the southern border. And that story was eventually displaced by the president’s disparagement of historic allies at the NATO summit, and ultimately his embrace of Vladimir Putin in Helsinki.

Like others, I imagine, I viewed the day or two of focus on suicide as something different and apart from the rearrangement of the geopolitical order represented on a grand scale by American foreign relations and on a human scale by the treatment of asylum-seekers. But then I was reminded of an essay from seventy-five years ago by Hannah Arendt, entitled “We Refugees,” and saw that, in a profound way, all these things are connected.

Arendt writes personally, as a refugee from Nazi Germany herself. She describes the tremendous willed optimism of the refugee. “In order to rebuild one’s life, one has to be strong and an optimist. So we are very optimistic,” she writes. And yet this optimism “is next door to despair.” Losing home, occupation, language, family, friends, and perhaps most fundamentally the basic security of daily existence—“Once we were somebodies about whom people cared, we were loved by friends, and even known by landlords as paying our rent regularly”—all of this leads to a sense that, indeed, death may be preferable to life. “Brought up on the conviction that life is the greatest good and death the greatest dismay, we became witnesses and victims of worse terrors than death—without having been able to discover a higher ideal than life.” Suicide, she observes, became culturally normalized among Jewish refugees.

But Arendt gestures at what will become a much larger point in her later work, namely that this chasm between outward optimism and inward despair is not limited to the refugee, but is rather a condition of human beings in the modern world. The logic of the nation-state, certainly as practiced during the heat of war, but also during cooler moments, seemingly leads to a world in which “human beings as such have ceased to exist for quite a while.” A human being is not viewed as the bearer of intrinsic dignity and value, but rather can only be described and viewed through the lens of nationality and socio-economic status. “Society has discovered discrimination as the great social weapon by which one may kill men even without any bloodshed,” she writes. “Passports or birth certificates, and sometimes even income tax receipts, are no longer formal papers but matters of social distinction.”

Reading Arendt’s essay with college-age counselors as a scholar-in-residence at a Jewish summer camp, my students and I observed that Arendt’s trenchant observations give rise to two logics, both of which found their culmination within five years of her writing. The first is the logic of Zionism. “The culmination of a hundred and fifty years of assimilated Jewry,” who aimed to prove that they could be just as German or Austrian or Czech as their neighbors, was a failure: “Though proving all the time their non-Jewishness, they succeeded in remaining Jews all the same.” One inevitable conclusion is that, in a world of nation-states, the Jews need a place to be citizens.

But a second inexorable logic is that of human rights: “There is the deep despair of that middle-aged man who, going through countless shifts of different committees finally exclaims, ‘And no one here knows who I am!’ … Nobody would treat him as a dignified human being.” This is not just a problem for the refugee Jews of Europe; it is a problem for humanity as a whole. “Man is a social animal, and life is not easy for him when social ties are cut off,” Arendt observes. All of us deserve a place to be at home, to be secure, to be recognized. And that requires that all of us can be citizens somewhere. As Arendt reminds us, “Very few individuals have the strength to conserve their own integrity if their social, political and legal status is completely confused.”

Arendt noted that hers was the first generation of “non-religious Jews” to be persecuted, and she seems almost envious of those who have maintained their faith. She entertains the notion that suicide is the last act of agency for a person who feels no other freedom and then speculates that, “Pious Jews, certainly, cannot realize this negative liberty; they perceive murder in suicide, that is, destruction of what man never is able to make, interference with the rights of the Creator. Adonai nathan veadonai lakach (‘The Lord hath given, and the Lord hath taken away’).”

Perhaps Arendt was reaching for what I find to be the highly useful language of tzelem Elohim, that humans are created in God’s image. As theologians like Abraham Joshua Heschel and Irving Greenberg taught in the decades following the Holocaust, the concept of tzelem Elohim offers a way in which to ground human rights in simple and powerful religious language: our task is to nurture and sustain a world—including an environmental, economic, and political regime—in which the image of God is honored and made visible.

The wars, refugee migrations, and genocides of the Second World War were expressive and reflective of an erasure of the image of God. The border crises, dehumanizing nationalisms, and suicide epidemic of our own time seem to share the same roots.