Pope Francis accepts Vatican II's Nostra Aetate, but has yet to fully extricate himself from two millennia's teachings of contempt

The Roots Of The Present Controversy, John T. Pawlikowski

In August 2021 Pope Francis delivered two addresses at his usual Wednesday public audiences focused on the Epistle to the Galatians.  In the address of August 11th, he made the statement that the Jewish law or Torah was no longer life giving. This papal claim was picked up by some secular media outlets such as Reuters.

The impression given to key people in the Catholic-Jewish dialogue by this papal assertion was that the Pope was repudiating Chapter Four of Vatican II’s Declaration Nostra Aetate on the Church’s Relationship with Non-Christians. Nostra Aetate, contrary to what had been taught for centuries in Catholicism, affirmed the continuing validity of the Jewish covenant. The late Canadian theologian Gregory Baum termed this change the most radical turnabout in the ordinary magisterium of the Church to emerge from the Council. To claim that Jewish Torah no longer remains a vital spiritual tradition amounted to a repudiation of the validity of Judaism as such since Torah constitutes the core of the Jewish tradition no matter how differently contemporary Jews might interpret it.

The papal statement also seemed to ignore more than a half century of biblical interpretation that has transformed our understanding of Paul’s approach to the continued viability of Torah. This new interpretation has moved the image of Paul as a staunch opponent of Torah to one in which he is seen as a personal observer of Torah which is regarded as life giving even though he did not mandate its practice for his Gentile converts.

This fundamental change in the perspective on Paul and the Torah was led by noted biblical scholars such as E.P. Sanders and Krister Stendahl, the Lutheran Bishop of Stockholm and a professor at the Harvard Divinity School. A remark made by Fr. Raymond Brown, SS, in a lecture in Chicago shortly before his death captures the essence of the significant turnaround in biblical scholarship from one in which Paul was perceived as a staunch opponent of Judaism to one in which he held it in high regard. Fr. Brown, one of the most prominent biblical scholars of our day, said that after many years of reflection he had become convinced that if Paul had fathered a son he would have had him circumcised. In other words, Paul still regarded Torah observance as a valuable part of his fundamental identity and something that remained life giving even though he was willing to exempt Gentiles from its full observance.

The news reports on Pope Francis’ statement resulted in letters to Cardinal Kurt Koch, President of the Holy See’s Commission for Religious Relations with the Jews, from leaders of two Jewish organizations charged with the responsibility for dialogue with the Vatican. The letters came from Rabbi Rason Arussi, Chair of the Commission of the Chief Rabbinate of Israel for dialogue with the Holy See and Rabbi David Sandmel, Vice-Chair of the New York-based International Jewish Committee for Interreligious Consultations. The two rabbis both wrote to the Cardinal asking for a clarification from the Vatican as to whether Pope Francis had portrayed the Torah as obsolete and lacking any spiritual value.

In addition to the formal letters, Rabbi Daniel Polish, a longtime participant in the Catholic-Jewish dialogue, wrote in American Media that the Pope’s catechesis was hurtful to his Jewish friends and directly contradicted Nostra Aetate. Pope Francis’ remarks seemed to reaffirm the old supersessionist theology which claimed and argued Christianity had replaced Judaism in the covenantal relationship with God.  Rabbi Ricardo D. Segni, the Chief Rabbi of Rome, expressed similar concerns in a letter to a leading Italian newspaper.

Typically the media highlighted only Jewish expressions of concern about the papal catechesis. It is important to stress that a number of people, including myself, with extensive involvement in the Catholic-Jewish dialogue shared the Jewish concerns. They too shared the sentiments in the Jewish letters and articles.

Cardinal Koch responded to the formal Jewish letters in early September. His response was circulated to media and placed on the Vatican’s website. His response strongly argued that Pope Francis personally has deep respect for Jews and Judaism and for its continuing spiritual significance. I do not doubt that claim. But I believe that, in light of his misstatements, he must integrate his personal respect for the Jewish tradition with a clear statement that the supersessionist theology is dead, having been replaced at Vatican II with clear support for the conciliar view of Judaism as a vital, lifegiving religion. He did begin this effort in his addresses to the Jewish communities in Hungary and especially Slovakia. But a far more comprehensive statement remains a necessity. Pope Francis, in an address at a General Audience on September 29th, took a step in that direction with his insistence that it would be wrong to think that the Mosaic Law has lost its value. It remains an  irrevocable gift of God. But his earlier statement that the Mosaic Law is no longer life giving has to be explicitly rejected and clearly replaced by the wording from the September 29th address.

On the Need to Identify, Deconstruct, and Renovate Inconsistent Attitudes Toward Jews in Catholic Teaching, Malka Z. Simkovich

Pope Francis’s recent reference to Mosaic law as not life-giving is the latest remark in a string of comments which evoke old stereotypes about Jewish law and the Pharisees. These comments invite Catholics to draw a straight line from greedy and exploitive people today to the Pharisees of the first century, and draw another line straight back to contemporary Jews. Besides their obviously problematic nature, these comments are disorientating, since in many respects, the Pope has committed himself to being a dependable friend of the global Jewish community. He has made efforts to nurture good relations with Jewish communal leaders, has made positive comments about contemporary Judaism, and has even co-authored a book with his friend Rabbi Abraham Skorka. Just last week, the Pope delivered a catechesis on Galatians 9 in which he declared that Catholics “must not...conclude that, for Paul, the Mosaic Law had lost its value; rather, it remains an irrevocable gift from God.” What are we to make of these contradictions?

The tensions within the Pope’s homilies, communal addresses, and public persona suggest to me that he does not harbor deep-seated animosity towards Judaism or the Jewish people. Instead, these contradictions are the product of contradictory teachings which will remain unresolved unless they are identified, deconstructed, and renovated with an eye towards total uniformity.

However inconsistent, all of the Pope’s comments have potent roots. On the one hand, Nostra Aetate effectively retracted the ancient accusation against the Jewish people for deicide and insisted that the divine covenant between God and Israel is unbroken (though the precise nature of the Jews’ standing before God remains ambiguous). The Church has also taken initiatives to ensure that the teachings of Nostra Aetate are properly implemented by producing documents which clarify how Catholics should speak about the Jewish people in homiletical settings. And yet, anti-Jewish teachings are endemic to the Church. Lectionary readings tend to pit Jewish tradition (and by extension, contemporary Jews) against Christian tradition (and by extension, contemporary Christians) by juxtaposing Old Testament passages about ritual legalities with New Testament passages which seem to reject the temple cult. These juxtapositions are suggestive of the obsolete—or worse, the unethically particularist —nature of Judaism. Problems remain in the Catholic liturgy as well. While the invitation to pray on behalf of the “perfidious Jews” on Good Friday, for example, has been mostly expunged, some traditional Catholics still utter these prayers, and other liturgical passages remain problematic. Weekly Sunday mass homilies, meanwhile, continue to misrepresent Jews and Judaism by using New Testament passages to mischaracterize Judaism as a religion which, in the first century, persecuted or neglected women, gentiles, the sickly, and the poor. The trickle-down of Nostra Aetate has barely even begun, and the animosity towards Judaism and the Jewish people remain systemic.

Most of my Jewish friends who have social connections with Catholics have encountered these contradictions. Friendships are often punctuated by attitudes about Judaism which come straight out of the Adversus Judaeos teachings. My husband recalls with some bemusement that, as a student at a private Jewish high school in Boston where he played varsity basketball, his games against a competing Catholic school were interrupted by fans throwing pennies onto the court floor from the bleachers as a provocative statement which suggested that the Jewish players would stop playing to bend down and pick the pennies up. This story, however, should be understood in the context of friendship: a Jewish school and a Catholic school had partnered together in collaboration and sportsmanship. To call the “penny incident” a show-down between two rival adversaries is to misunderstand the ways in which Jews and Catholics have constructed genuine social friendships over the past half-decade.

I encounter such contradictions regularly in my own teaching. I once asked students in my Introduction to Judaism course to provide me with definitions of Judaism. One student cited an Italian priest, who had, years earlier, provided him and his fellow friars with the following parable: Two men are rowing down a river alongside one another, each in his own gondola. As the current propels them towards their destination, one man looks ahead, maintaining keen awareness of nearby obstacles in order to stay his course. The other one compulsively turns his head back, looking for their point of departure. “That one,” this priest explained to the friars, “is the Jew.” The student who uncritically shared this story with my class was one of the best students I ever had, a student who deeply appreciated the Jewish context of Jesus.

There is a secondary layer of inconsistency in Pope Francis’s attitude towards the Jews. As he participates in public discourse regarding racism, immigration, and the right for all people to live in dignity, the Pope has yet to comprehensively address rising antisemitism as part of the project to confront racism and social hatred. Instead, antisemitism remains on the sidelines of Catholic discussions centering on social justice. I find the irony that Catholics would be devoted to anti-racism and yet not feel an urgency to address antisemitism extraordinary.

Like many of his constituents, Pope Francis accepts the teachings of the Second Vatican Council and at the same time has not fully extricated himself from two millennia of teachings of contempt which pit Christianity against Jewish tradition. My disappointment, therefore, focuses not on the fact that the Pope has repeatedly referenced the Pharisees in inaccurate ways, but that he has not interrogated his inconsistencies and considered from whence they derive. The hard work lies not in avoiding statements which offend the Jewish community, but in digging deep—and in doing so, encouraging all Catholics to dig deep—to uncover old biases against Judaism and place them alongside the teachings of the Second Vatican Council. Only then can Catholics work to construct a consistently positive attitude towards Jews which finds expression in all manners of Catholic teaching and prayer.

Sightings is edited by Alireza Doostdar and Willemien Otten. The views and opinions expressed in these articles are those of the authors and do not necessarily reflect the position of the Marty Center or its editors. 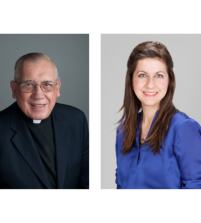