In the Name of ‘Religious Liberty,’ Roger Severino Wants to Feed U.S. Christians to the (COVID-19) Lions

President Trump’s Memorial Day demand that houses of worship should immediately reopen recalls The New York Times report of May 8, 2020, that the administration had already been planning to resist pandemic limits on religious gatherings, legislated by state governments, even though these restrictions followed administration guidance limiting the spread of COVID-19. Despite the general applications of such laws, notable figures on the religious right, its media, and (stunningly) in the Trump administration have claimed such constraints assault the basic American value of religious liberty. Notably, Trump-appointed director of the Department of Health and Human Services, Office for Civil Rights, Roger Severino, claimed that any restrictions on corporate religious gatherings constitute profound—and unconstitutional—transgressions of religious liberty. Severino asserted, “Governments have a duty to instruct the public on how to stay safe during this crisis and can absolutely do so without dictating to people how they should worship God.”

First, let’s just set aside Severino’s absurd charge that shelter-in-place and social distancing orders assert anything doctrinal or theological about how “people... should worship God.” The state is not about to strip the altars and impose megachurch praise liturgies. The state doesn’t even interfere with ritual sacrifice of live animals, such as practiced by Santeria. The state is, however, taking measures to ensure that methods of religious practice don’t effectively inflict a death penalty on individual citizen-believers. State and local governments have acted to protect the lives of citizens, whether religious or not, to resume their normal and preferred styles of holy day observance, once doing so would not put them at risk of suffering in isolation and a premature, unscheduled meeting with their Maker.

Second, let’s also dismiss the canard that religious institutions have been singled out for regulation as Severino claims. In the same article, Severino is quoted saying, “Protections against religious discrimination aren’t suspended during an emergency.” All true. But then Severino promotes the untruth that religious institutions are being singled out for restriction: “This means the federal government cannot single out religious conduct,” says Severino, “as somehow being more dangerous or worthy of scrutiny than comparable secular behavior.” As any baseball fan, subway rider, rave enthusiast, barfly, March Madness devotee, or moviegoer will attest, the same restrictions apply across the board to all similar large gatherings. So, what’s up with Severino’s disingenuous pleadings?

A little research provides the answer—Severino is just running interference for corporate religious interests, a substantial part of which makes up POTUS’s evangelical base. Severino’s 2007 article in the Harvard Journal of Law & Public Policy, “Or for Poorer: How Same-Sex Marriage Threatens Religious Liberty,” tells us everything we need to know about Severino’s exclusively corporate conception of “religious liberty.” His table of contents shows how thoroughly he is consumed about threats to “religious liberty” as threats to “religious institutions,” not threats to free exercise, individual rights, the sanctity of conscience, and so on. The text of his article accordingly addresses the risks to “religious institutions” thirty-four times or “institutions” sixty-nine times, while “conscience” only merits five mentions.

As far as the quintessentially American value of personal freedom, religious or not, Severino only once briefly addresses the matter of individual religious conscience in referring to a gay employee of a religious body who expresses “a protected personal religious belief that happens to differ from or contradict the institution’s faith teachings” against homosexuality (p. 958). Severino says nothing thereafter about “individual freedom of conscience,” “individual religious conscience,” “individual religious freedom,” and the Constitution’s champion of these values among the Founders, James Madison. Severino frets that the same-sex marriage rulings that he challenges will “impact religion institutions disproportionately,” that they will result in “government compulsion of religious institutions,” and “government withdrawal of public benefits from those institutions that oppose same-sex marriage,” and so on (p. 943, my emphases).

As a result of his corporatist ideological bent, Severino frees religious institutions to host whatever sort of assemblies their corporate boards desire, all the while burdening individuals, whether believers or not, with the increased risks of deadly COVID-19 infection. While Severino would free religious corporations from governmental constraints, his assertion of corporate religious freedom subjects religious individuals to the risks of a soulless disease.

Such a view of religious liberty is of a piece with the religious right’s recent drive to expand corporate freedom of religion by increasing religious institutional exceptions to general law. Lost in this detour toward unregulated corporate freedom are such basic Madisonian notions of religious liberty as freedom of the individual conscience, and with it, the ideal of the welfare of individuals. The right’s campaign to extend the range of accommodations enjoyed by religious corporations has had several recent triumphs in law such as RFRA—the Religious Freedom Restoration Act (1993). In the courts, the 2012 unanimous Hosanna-Tabor v. EEOC ruling by the Supreme Court supported the right of Hosanna Lutheran Church to fire school instructor Cheryl Perich under an—arguably, generous—reading of the “ministerial exception” provision of the Free Exercise Clause of the First Amendment to the U.S. Constitution. While there is wide agreement that the government should not and cannot be in the business of a religion’s hiring or firing its “ministers”—priests, rabbis, imams, and so on—opponents of the ruling indicated that Perich was not such a “minister,” in the pertinent theological sense. She functioned as a more general sort of employee. The church, however, sought an exception or accommodation to general employment law concerning an employee like Perich. She had fallen ill in the course of her duties and was subsequently absent while recovering. When she had returned to health and sought to return to work under provisions of the Americans with Disabilities Act, the church denied her request. When the case finally reached SCOTUS, the court ruled in favor of the church, and Perich found herself without her job. SCOTUS affirmed the view that religions have to be free to hire and fire their ministers, in effect, some would argue, by broadening the definition of “minister” to include those, like Perich, who were certainly not “ministers” in the liturgical sense.

On the basis of the American principle of the sacredness of the individual, I would suggest that SCOTUS sanctioned corporate injustice against Perich. They did so, in effect, on the basis of the mistaken notion that the freedom of religious corporations permits them to be exempt from a broad range of general law, and not simply in regard to their authority over their “ministers.” Forget about an ill employee, like Perich, who simply couldn’t function while ill. Business is business; corporate life is corporate life. And, mystified, I would argue by the appeal to religious liberty, according to SCOTUS, a corporation—especially, it seems, a religious one—can’t be expected to make exceptions when there are clients to serve and work to be done. Along with the church leadership, SCOTUS seems to have hewn closely to St. Paul’s stern words in 2 Thessalonians 3:10 that “If anyone will not work, neither shall he eat” (KJV).

I recall the Hosanna-Tabor v. EEOC decision in discussing Roger Severino’s desire to exempt churches from regulations about social distancing because both illustrate what I would characterize as an unbalanced view of religious liberty. In both cases, corporate freedom of religion muscles aside the welfare of individuals, whether religious or not. Severino wants churches to be free from social distancing rules; the Hosanna-Tabor Lutheran church sought exemption from laws of fair employment. In both cases, Severino and Hosanna-Tabor cite religious ground to support their views—Severino citing a religious body’s right to “worship” as it chooses, Hosanna-Tabor citing exclusive right over the engagement of its “ministers.” But in both cases, the actual or potential victims of such an unbalanced notion of religious liberty is the flesh-and-blood individual. If Severino has his way, the United Methodist or Roman Catholic churches, respectfully, won’t lie in an ICU bed, gasping for breath. But individual Methodists or Roman Catholics, worshipping shoulder to shoulder, increase their risks, statistically speaking, of just such a fate. Granting houses of worship exceptions from COVID-19 regulations about mass assembly may seem like a bold assertion of the right to worship. It is nothing of the sort. No one questions the rights of Americans to worship. But those who care about the welfare of religious people question the wisdom of radically increasing the risks to the faithful of contracting a highly contagious and certifiably fatal disease.

Image: A health official wearing protective suit sprays disinfectant at a church as a precaution against COVID-19 in Beirut, Lebanon, on March 5, 2020. (Photo Credit: Hussam Chbaro) 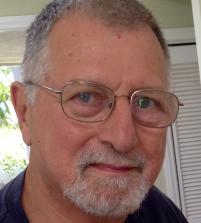 Ivan Strenski is Distinguished Professor Emeritus of Religious Studies at the University of California, Riverside.

See All Articles by Ivan Strenski