Medieval Art at the Smart: Mary as Vessel-Like Throne for the Christ-Child, Personification of Wisdom

Medieval Virgin-and-Child statues like the one owned by the Smart Museum of Art were once the most ubiquitous type of medieval devotional image. Those that have survived the vicissitudes of time are of unique interest.

Just over two feet tall and made primarily of wood, this polychromed sculpture presents the Virgin Mary on an unadorned throne with her son, who rests on her left knee. The Christ child is draped in green and likely raises three fingers on his right hand (his thumb is the third—it is missing) to make a Trinitarian sign of blessing, while with his left hand he grasps a book, likely the Bible.

His rosy-cheeked face remains otherwise expressionless as he stares outward. The Virgin Mary looks out with a rather blank gaze, too; she wears a belted orange dress, blue cape, and a removable metal crown.

Time has taken its toll on the statue. The Madonna’s lower arms have broken off, the paint has started to chip, and tiny holes on the statue’s surface reveal that worms once occupied its wooden core. However, much of the medieval polychromy has remarkably survived.

The Madonna’s dark blue overcoat and fiery undergarment are a valuable reminder of the coloristic expressivity of medieval sculpture—a fact easily forgotten given that most medieval sculptures’ paint either deteriorated or was deliberately removed in accordance with the tastes of (mostly) nineteenth-century collectors.

Based on stylistic analysis alone, the statue appears to date from c. 1300 CE. Both figures’ doll-like features, disproportionately large heads, and widely opened eyes provide the most obvious clues to the object’s provenance, which remains at this point an educated guess.

Notably, these characteristics can be found in other sculptures made in early fourteenth-century Upper and Lower Rhineland, which was then one of the most prosperous regions in medieval Europe.

The religious culture along the river Rhine during this period was shaped by German Mysticism. Its most famous representative, the Dominican mystic Meister Eckhart (c. 1260-1328), fostered a form of devotion in which images could kindle private, unmediated, and paraliturgical encounters with the divine.

Writings of late medieval cloistered nuns and beguines, often mediated by their male confessors, testify to the frequency of mystical visions inspired by images.

While the Smart’s Virgin and Child may have held this power to contemporary viewers, it also offers significant theological commentary on the power of the Incarnation itself. This ‘type’ of Virgin and Child statue is known as a “Sedes sapientiae,” or ‘throne of wisdom.’

Here, Mary’s body is vessel-like; she is the literal throne on which Christ, a personification of wisdom, sits. This epithet is one of many devotional titles given to Mary that associates her with the Throne of Solomon.

While Byzantine artists had developed this subject in the two-dimensional medium of icons, in the twelfth-century Latin West, it was one of the few religious images that was carved in the round and commonly in wood, a fairly cheap and easily workable material compared to stone, ivory, or metal. In fact, by highlighting Mary’s role as the vessel that made possible Christ’s Incarnation, sculptures of this type carried within their very subject matter a powerful defense for their making.

After all, the third commandment prohibited the making of images, especially for God; for medieval Christians, it was in particular the three-dimension image—not the flat medium of painting—that came dangerously close to overstepping the boundaries between a purely representational figure and a God-substituting idol.

But as John of Damascus (d. 749 CE) made clear in the Byzantine iconoclasm controversy in the East: an otherwise invisible God who turned himself into an image, i.e. Christ, exempted Christians from the Jewish law and sanctioned image of the divine. Scholars have argued that statues like the Smart’s Virgin and Child remind the viewer of Mary’s role in the Incarnation of Christ, which made image-making possible.

Although much remains unknown about the Smart Museum’s Madonna and Child, its vibrant colors, stalwart bodies, and sweet, dollish features were surely a focal point of prayer, aid, and community for the medieval Christian viewer, just as these same features garnered the attention of their present-day collectors.

Belting, Hans. Likeness and Presence: A History of the Image before the Era of Art, translated by Edmund Jephcott. Chicago: University of Chicago Press, 1997. 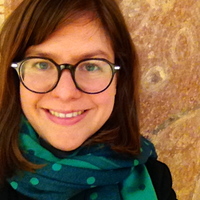 Author, Nancy Thebaut, studies medieval art and theology at the University of Chicago with Professor Aden Kumler. Before beginning her PhD, Nancy earned a BA at Agnes Scott College (2008), an MA at the Courtauld Institute of Art (2009), and a "diplôme de muséologie" at the Ecole du Louvre (2011). Her dissertation studies images of the Resurrected Christ in early medieval art. She currently holds a two-year Kress History of Art Institutional Fellowship at the Institut national d'histoire de l'art in Paris. 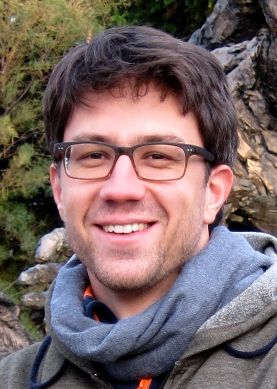 Author, Martin Schwarz, is a Ph.D candidate at the University of Chicago in medieval art history. Before beginning his graduate studies, he completed an MA in art history at the University of Vienna. In 2011, he curated the exhibition Heaven, Hell, and Dying Well: Images of Death in the Middle Ages at the J. Paul Getty Museum in Los Angeles. In his dissertation, which focuses on thirteenth and fourteenth century Paris, he works toward a visual and material reconception of medieval scholasticism.

See All Articles by Nancy Thebaut and Martin Schwarz