Kondo and Kuyō: Disposal as a Religious Experience?

What's religious (and what's not) about KonMari?

Since the release of the 2019 Netflix documentary Tidying Up with Marie Kondo, people across the globe have been inspired to take hold of each of their possessions and consider this simple but enigmatic question. If the answer is no, then Marie Kondo encourages us to thank the item for its service and let it go.

The "KonMari method" for decluttering and organizing domestic goods, so named after its illustrious founder, was already a cultural phenomenon before Netflix brought it to mainstream American audiences. Originating from a single volume published in Japanese in 2011, the KonMari empire now spans podcasts, training programs, and a global network of certified decluttering consultants. As an emerging social movement, disposing of one’s goods en masse has been interrogated for its impacts on the environment, second-hand economies, and people’s psychological wellbeing.

In addition, like other Japanese popular culture phenomena that gripped the global imagination, like Pokémon Go and Hayao Miyazaki films, significant media attention has been devoted to uncovering the “religious origins” of this trend. This attention is mostly focused on the mysterious “sparks joy” phrase and the cosmology of human-object relations it introduces. In the most prevalent reading, the KonMari method is ontologically grounded in Shintoism, Japan’s indigenous system of ritual practice. Whilst the definition (and doctrine) of Shintoism is highly contested, in Western media coverage it is usually taken wholesale to be animism, which teaches that the material world is inhabited by kami or spirits, such that living a good life means residing in harmony with these spirits. Similarly, Buddhist teachings of the dependent origination of all existence (Japanese: engi; Sanskrit: Pratītyasamutpāda) have been used to illuminate the enchanted domestic landscape that Kondo describes.

Kondo’s practice of “greeting the house” before commencing cleaning, “waking up” books by tapping their spines, and even her neat (read, “pure”) dress have all been interpreted as evidence of the animism in her work. Similarly, much has been made of Kondo’s part-time job as a Shrine Attendant or miko, despite this being a relatively popular casual job for female high school students. Indeed, Kondo herself has commented, in a 2015 Reddit AMA (Ask Me Anything), that “It [Shintoism] influences me, but not as strongly as you might think.”

Beyond this denial, there are many reasons to be wary of such readings. Japanese public discourse abounds with essentializing claims about a unique, monolithic national character, which frequently invoke Shintoism, and sometimes Buddhism. Suffice it to say, such generalizations are untethered from empirically-grounded studies of contemporary life and religious practice. Similarly, the tendency for Western media to seek out religious origins for Asian popular culture phenomena can, in its worst excesses, be understood as an Orientalist reading of the Japanese people as motivated by mystical forces or irrational beliefs.

This being said, I am not entirely immune to the allure of religious interpretations of popular culture. Refusing to consider the potential cosmological, if not explicitly religious, underpinnings of mundane phenomena of mass culture can result in superficial interpretations that flatten cultural difference. But as an anthropologist, the question of whether or not a given phenomenon is actually Buddhist or Shinto is far less interesting than interrogating the political economy via which such religious imaginaries circulate. In this frame, Kondo’s joy-driven minimalism is revealed as just the latest iteration of Japanese domestic management discourse to intersect with religion.

Before “spark joy,” there was mottainai.

This similarly enigmatic phrase can be glossed as “Oh, what a waste!” It describes an affective condition of guilt or sadness when disposing of something before its potential utility has been exhausted. A heightened consciousness of mottainai might inspire practices of mending or repurposing goods, and, by extension, a consideration of the ecological impacts of one’s consumption. In her wonderful new book, Waste: Consuming Postwar Japan (2018), Eiko Maruko Siniawer describes how, at the turn of the twenty-first century, mottainai was deployed as a lost Japanese virtue. This discourse calls back to an era of post-war frugality as a means to tackle the contemporary problems of mass waste and a perceived pathology of affluence. The philosophy of mottainai later gained purchase on a global stage, entering into United Nations environmentalist discourses via the efforts of activist Wangari Maathai.

Like “spark joy,” mottainai advocates are evangelists for an attitude of respect toward the intrinsic value of things. In this sense, both deviate from models of minimalism that fetishize austerity and pathologize excessive human-object relations. However, KonMari presents a significantly more positive orientation towards disposal, by sidestepping the environmental concerns raised by mottainai to focus on the impact of retention and disposal on personal emotional health. Indeed, Kondo suggests that honing one’s skills in strategic investment in goods—learning what “sparks joy” for us—can help us to de-invest from extraneous goods. She does not ignore the feelings of guilt generated by disposal, but she proposes to remedy them by “thanking” objects for their service.

Indeed, it is in this latter technique that I see the greatest potential resonance between the KonMari method and popular religious practice in Japan, specifically the rite of kuyō (供養). In contemporary Japan, kuyō is primarily associated with funerary rites and is best described as a syncretic, vernacular rite of venerating the dead and easing their separation from the living. Since the nineteenth century, temples have also held kuyō rites for animals, professional tools, and domestic objects (e.g., whales, needles, and dolls). More recently, commercial kuyō services have emerged, promising customers to dispose of their unwanted goods and resolve any lingering ties with the living. These companies often employ Buddhist priests to conduct rites on unwanted items, from teddy bears to toasters. At the same time, the services remain a marginal practice, and just as often one finds bears and toasters tossed to the curb with the trash.

Religious interpretations of popular culture phenomena demand caution, particularly where they are accompanied by claims to understand people’s internal motivations and essentializing “culturalist” explanations. Perhaps we can conclude that the KonMari method is as Shinto (or Buddhist) as detox diets and intermittent fasting are Christian. That is to say, both phenomena can be fruitfully examined against a background of religious thought and practice that is always constructed, contested, and denied. Simply reducing the KonMari method to animism or Buddhism sparks no joy for me. 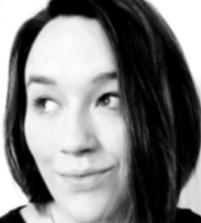 Hannah Gould (@hrhgould) is a socio-cultural anthropologist and museum curator working in the areas of religion, material culture, and death. She is currently ARC Research Fellow with the DeathTech Research Network and PhD Candidate in Anthropology at The University of Melbourne.

See All Articles by Hannah Gould