A public debate is growing about the State of Israel’s more than fifty-year occupation of Palestinian territory: American Christian organizations are joining the conversation.

Over the past year, there has been a growing public debate about the State of Israel’s more than fifty-year occupation of Palestinian territory. Some American Christian organizations have joined the conversation, issuing statements that characterize the Israeli government’s laws, policies, and practices as apartheid. Though not indicative of a consensus among American Christians, these statements mark a significant departure from American churches’ longstanding hesitations about criticizing the State of Israel.

Last summer, the United Church of Christ’s General Synod passed a resolution that described Israel’s oppression of Palestinians as “a matter of theological urgency [representing] a sin in violation of the message of the biblical prophets and the Gospels.” The resolution cited “Israel’s apartheid system of laws and legal procedures.”

Earlier this year, leaders of the Christian Church (Disciples of Christ) issued Compelled to Witness, a Pastoral Letter endorsed by the church’s Division of Overseas Ministries board, which read, “Israeli policies and practices that discriminate against Palestinians—Christians and Muslims alike—are consistent with the international legal definition of the crime of apartheid.” Similar remarks have been made by representatives of the American Friends Service Committee, the Nobel-Peace-Prize-winning service branch of the Quaker church.

Recently, Episcopalians in the Diocese of Washington overwhelmingly adopted a resolution to “oppose Israel’s apartheid,” following similar actions by Episcopalians in the Dioceses of Chicago, Rochester, Vermont, and Olympia—each working toward the wording of an action at the denomination’s General Convention in July. Delegates to this summer’s General Synod of the Presbyterian Church (USA) will consider a similar “overture” calling on the church to “Recognize that Israel’s laws and policies regarding the Palestinian people fulfill the international legal definition of apartheid.”

It’s important to acknowledge that, given the historical antisemitism of the church, American Christians have hesitated to criticize Israel, let alone label the government an apartheid regime. Not wanting to damage treasured interfaith relations or be accused of antisemitism, Christians in the West are reluctant to speak frankly about Israel’s occupation of the Palestinian territory and its maltreatment of Palestinians.

Understandably then, last summer’s UCC Synod’s resolution met resistance. During the church’s debate, one of the delegates argued for removal of the word “apartheid,” saying, “Toning down the inflammatory use of the word apartheid will help us to speak to the truth of what is happening and allow us to continue to be faithful in our interfaith work.” John Thomas, former General Minister and President of the UCC, has said, "While we are clear that criticism of the policies of the State of Israel is not antisemitism, some Jews are clearly offended by our resolution. But relationships that are not honest about fundamental differences on issues of critical importance to each other are ultimately superficial."

We can make sense of this still marginal but noteworthy development in American church bodies by looking at three factors: the growing number of human rights groups issuing reports documenting Israel’s rule as apartheid; the increasing willingness on the part of American Jews to speak out against Israel’s treatment of Palestinians; and pleas from Palestinian Christians.

A report released by the UN last month found that Israel’s “entrenched rule” over the occupied Palestinian territories amounts to apartheid. In the report, UN Special Rapporteur Michael Lynk concluded that Israel’s rule “satisfies the prevailing evidentiary standard for the existence of apartheid,” according to the criteria set by the UN’s Convention Against Apartheid. Lynk’s report followed recent findings from three human rights organizations— Israel’s B’Tselem, Human Rights Watch, and Amnesty International, which exhaustively document Israel’s rule as apartheid. The recent statements suggest that American Christians are responding to these analyses of the situation in Palestine.

American Jews have grown increasingly critical of Israeli policies toward the Palestinians. Last year, a survey commissioned by the Jewish Electorate Institute found that 34 percent of American Jews agreed that “Israel’s treatment of Palestinians is similar to racism in the United States.” Some 25 percent agreed that “Israel is an apartheid state.” American Jews’ increased willingness to vocally criticize Israeli policies could be affecting Christians’ willingness to do the same.

Perhaps the most influential factor in the churches’ having joined the debate is their attention to the pleas of their partners in Palestine. The Disciples statement reads, “Our Palestinian partners’ urgent call for change compels us to witness in a way that acknowledges new realities and asserts a vision consistent with our long record of engagement in struggles for justice for all people.” UCC’s Thomas explained, “The UCC General Synod resolution was, in part, an attempt to align ourselves with Cry for Hope: A Call to Decisive Action from our Palestinian Christian partners, a document which names collusion with or silence about the Israeli occupation as ‘sin’ and identifies the current realities as a condition of apartheid.”

The 2020 Palestinian Christian document Cry for Hope follows a similar statement, 2009’s A Moment of Truth. In that document, Palestinian Christians write about grounding their nonviolent resistance to Israel’s occupation in the logic of Christ’s love. “Even though we have fought one another in the recent past and still struggle today,” they say to their Jewish neighbors, “we are able to love and live together. We can organize our political life, with all its complexity according to the logic of this love and its power, after ending the occupation and establishing justice.” If these denominational statements are any indication, this Palestinian theological vision is resonating among some mainline Christian groups.

American Christians and their representative bodies are not where they were in the late 1980s when leaders of the nation’s major Protestant, Roman Catholic, and Eastern Orthodox churches gathered to organize a campaign to oppose South African apartheid. But these church statements suggest that the issue is on the table for the church in a way it has not been previously. 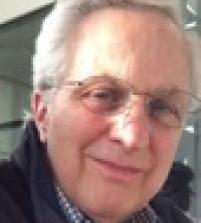 Author, Jeff Wright, is a retired Disciples pastor currently serving as a mission co-worker appointed by the Board of Global Ministries of the Christian Church (Disciples of Christ) and the United Church of Christ.

See All Articles by Jeff Wright