Not since certain American Protestants were publicly anti-Catholic, as older readers may remember them having been, have we read as many headlines with words like “infallibility,” “heresy,” papal “plots,” “schism,” etc., as we do these days 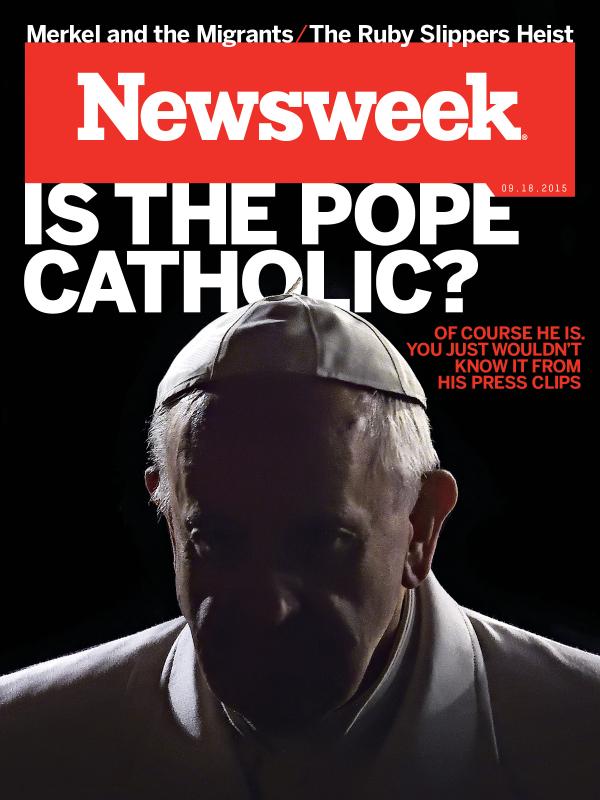 Not since certain American Protestants were publicly anti-Catholic, as older readers may remember them having been, have we read as many headlines with words like “infallibility,” “heresy,” papal “plots,” “schism,” etc., as we do these days. My late colleague, patristic scholar Robert M. Grant, told of a scene at the Vatican when he and a circle of other clerically dressed scholars were being introduced to Pope Paul VI. When the Pontiff, greeting Grant, was told that his guest was Anglican, he commented,“You are awfully tall for an Englishman!” As Grant recalled, “I am an American, so the Pope confused some terms. I thought: And he’s supposed to be infallible?”

The American professor, who knew everything about subjects like this, was being playful. He knew better than most that being papally “infallible” did not mean that the Pope, thus described, did not make mistakes. He also knew that the churchly process of categorizing something as an “infallible” subject was very rare: it has been invoked only two times since the category was invented in 1870. But now the term has come back in intra-Catholic polemics.

So has “heresy.” A major agent for invoking the latter these days is New York Times op-editor Ross Douthat, who is well aware of what the term means Catholically, and how drastic a venture invoking it is. Through the years the charge has often led to a death sentence, or at least forced exile from society, Church, and promised salvation. Yet in a recent to-do with Catholic “progressives,” Douthat made a judgment about them and used the label in a sharp command: “Own your heresy.”

A third confusion on this front has to do with the difference between “dogma” and “doctrine.” To get a dogma wrong is to be guilty of heresy in the eyes of infallibility-serving members of the Church. Yet Douthat, who has made a years-long crusade of trying to set his Church, and Pope Francis, straight, accused the Pope of violating dogmas in his—another headline—“Plot to Change Catholicism.” Douthat was angered over the Pope’s “pastoral” emphasis on how the Church might regard some divorced-and-remarried Catholics at the communion table. Defense of the Pope’s action as being “pastoral”—another fighting term for the op-editor—was simply “rubbish.”

Many Catholic progressives, moderates, and admirers of the Pope in general are reacting, and sometimes over-reacting, as when they slighted the smart and informed (if not infallible) Mr. Douthat because he lacks an advanced degree in theology. Theirs was a no-no act of snobbery even in the eyes of most supporters of the Pope. Fortunately, for those patient enough to seek a terminological clearing-up, Father James Martin, S.J.—a major clearing-upper about Catholicism in the public realm—has been patiently tutoring readers of Douthat on the difference between unchangeable “dogma” and oft-changed “doctrine,” which, Martin reminds us, develops.

We are convinced that Douthat will not be convinced by this clarification. Ahead? The Catholic faithful and the serious public in general would do well to track down and listen to the Father Martin-types of Catholics—there are many—because the pastoral acts and institutional changes effected by Pope Francis have Church-wide and, in the public realm, potentially world-historical consequences. We are not heresy-hunters or spotters of schismatics, so we welcome dialogues between the Douthats and the Martins, and will keep on reading, listening, and being informed.

- “James Martin and Ross Douthat on Pope Francis, the Synod and the Demands of Law and Mercy.” America: The National Catholic Review. November 18, 2014.

- Nazaryan, Alexander. “Is the Pope Catholic? Yes, But You Wouldn’t Know It from His Press Clips.” Newsweek. September 10, 2015.

- Oakes, Kaya. “‘Own Your Heresy’: The Argument Over Who Gets to Do Public Theology Takes a Sharp Turn.” Religion Dispatches. October 27, 2015.