A Firm Purpose of Amendment 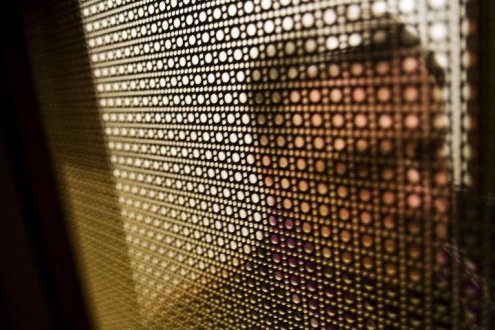 A dimension of our public life that is in one respect readily sighted yet in another perhaps too easily slighted is the repetitive nature of certain specific forms of violence and violation that disrupt civic life. Shootings in schools and various public venues happen so frequently that they exceed even the appetites of the most sensationalist media. Instances of sexual exploitation, whether recollected or enacted before our eyes, have properly come into still greater relief with the emergence of the #MeToo movement. Horrors that keep on giving, they challenge at once the resilience of our moral sensibilities and our capacity to reckon them to account. Yet the recourse to silence, however uneasily taken, only serves to make these fundamental violations of civility into a set of white elephants that populate our public square. We seem to be asked either to sustain a state of perpetual outrage, or to understate the obvious and risk perpetuating denial. So-called “centrists” and “extremists” alike answer this dilemma—albeit in very different ways.

In the matter of clergy sexual abuse, the Roman Catholic Church has created, in an instructive sense, its own white elephant. Recent news from the state courts in Pennsylvania, and allegations from adversaries of Pope Francis, ask us to review yet again the revelations and associated coverups of scandals in major dioceses throughout the United States and indeed the world. The press has been duly responsive. Tandem articles in the November 9 issue of Commonweal (Boniface Ramsey, “The Case of Theodore McCarrick” and Kenneth L. Woodward, “Double Lives”), admirably seek to respond to this most recent prompt by thinking through these issues in a non-partisan way. Despite excellent intentions and informed interventions, they face an uphill battle. This is because what Ramsey and Woodward would do for the Church, only the Church can do for itself.

Per the Baltimore Catechism (the teaching document widely disseminated in schools and parishes in mid-century America for the propagation of the faith), truly to be absolved of one’s sins requires not only an examination of one’s conscience and the statement to a priest before God of one’s sins, but also penance and, crucially, “a firm purpose of amendment.” These are the sequential components that together comprise the sacramental rite. As more than one nun in my Catholic grade school—surely cognizant of our tendency to delimit the work of confession to the private space of the confessional—emphasized, the sacrament does not end with your time with the priest seated anonymously on the other side of the screen; having left and said your prayers, you must change your behavior, explicitly and directly.

What my Church taught me in its classrooms is not, in the case of clergy abuse, what the Church has successfully practiced. Granting that there are immense difficulties in such a task, the regrettably decisive point is that, in far too many particular instances, the Church has failed to demonstrate its own “firm purpose of amendment.” It has, to put a fine point on it, shilly-shallyed in acknowledging, and especially in acting upon the acknowledgment of, its sin. The institution’s conscience has been, at best, on intermittent display. Public statements of acknowledgment are too often phrased in ways that would elicit, at least in my confessional experience, a request for specification and clarification. And the Church’s actions to address and remedy the situation have ranged from the vexing to the dilatory.

The inevitable effect of such failures of nerve is that one can read with sympathy Boniface Ramsey’s anguished, scrupulously honest reflection on what he did and did not know and did and did not act upon via his occasional interactions with Theodore McCarrick; and one can be instructed by Ken Woodward’s nuanced dissection of truths and falsehoods regarding celibacy and homosexuality in the priesthood. Until the Church succeeds in articulating and carrying out some sort of firm purpose of amendment, however, even its most thoughtful and forward-looking servants cannot fully circumvent the iterative news cycle and its ruthless tonal options. The uphill battle they are waging comes into relief, in such circumstances, as a near-Sisyphean task.

It would be a fool’s errand to suggest that the Catholic sacrament of penance is the solution to all the white elephants in our public square. But it would not be foolish to suggest that any institution that measures it membership by certain ideals only fosters dysfunction when, as an institution, it betrays those ideals. In such contexts—of which we encounter far too many—a “firm purpose of amendment” is not an afterthought, but precisely essential to restore and even to revise and in the end to enhance, our common life. It, or something like it, could have utility in addressing the tonal dilemmas and, ultimately, the iterative horrors we confront all too frequently in today’s markedly uncivil civic life.