Ferguson Congregations "Lay It On the Table," Taking a Step Toward Honest Dialogue -- Rick Nutt

In his December 1&nbsp;Sightings&nbsp;article, Martin Marty noted the “signals of civic breakdown and racial conflict at Ferguson” and the “exceptional religious communities who are addressing issues of inequality and injustice.” No one could downplay the importance of the first of these observations, but it is the second that struck me most forcefully as I have watched the response to the killing of Michael Brown unfold. Not surprisingly, many leaders of varied religions and diverse races and ethnicities have been determined to bring positive change to the racism that continues to plague the United States

In his December 1 Sightings article, Martin Marty noted the “signals of civic breakdown and racial conflict at Ferguson” and the “exceptional religious communities who are addressing issues of inequality and injustice.” No one could downplay the importance of the first of these observations, but it is the second that struck me most forcefully as I have watched the response to the killing of Michael Brown unfold.

Not surprisingly, many leaders of varied religions and diverse races and ethnicities have been determined to bring positive change to the racism that continues to plague the United States. Whether one thinks of the legacy of nineteenth century social reform efforts, the Civil Rights movement, the “secular theology” inspired by Dietrich Bonhoeffer, or the Vietnam antiwar movement, these religious leaders, and many more laity, stand in the long national tradition of theology in action. The slogan “We Are Praying With Our Feet,” which arose spontaneously from religious activists, shows that faith has an important role to play in our national conversation.

Ferguson and local-area Christian, Jewish, and Muslim religious leaders and laity have worked for nonviolent and constructive protest since August 9, the day Brown was shot by Officer Darren Wilson. Religious leaders have placed themselves between peaceful protesters and police, and intervened on behalf of people arrested on flimsy charges; people have attended nonviolent protest training sessions; two African American ministers in the Ferguson area, one male and one female, were appointed to Missouri Governor Jay Nixon’s Ferguson Commission to develop a plan for dealing with issues of race in the city.

As important as all this is, on Sunday, November 30, a remarkable and hopeful event happened without fanfare. An unknown number of churches in St. Louis–a few–used the first Sunday of Advent to offer a “Lay It On the Table” worship service. The idea was that, in the presence of the Lord’s Table and in the wake of the events that followed the announcement that no indictment would be brought against Officer Wilson, members of the churches would have the opportunity to say whatever was on their minds and hearts.

The call for this special service acknowledged that there exists a variety of emotions and stances regarding what has happened, but emphasized the certainty that what binds the community of believers is prior to and stronger than their differences, even in such grave matters.

I attended one such service.  People in the congregation, regardless of their color, spoke honestly about their fears, their frustrations, and their hopes. It was a time of speaking and listening that conveyed the trust that people placed in one another. Once everyone who wished to do so had shared—“laying down their lives” on the sacrament table—the congregation celebrated the sacrament at this table. Afterwards, many spoke of their apprehension prior to the service, uncertain of what would be said and how people would say it. They also expressed appreciation that the church had provided a space for such a forum.

The “Lay It On the Table” exercise is a reminder of the public role that religion plays in our society. In a time rampant with ubiquitous laments for the loss of civil discourse, worshipping communities encourage honest speaking. One does not want to overplay what happened (it was a time for speaking only, not for dialogue), but things were said that are not often spoken aloud in public.

If it is the case that religious communities serve as mediating institutions for individuals in their public lives, “Lay It On the Table” may become a first step toward renewing conversations beyond sanctuary walls about the place of racism in the nation. No progress will occur without an open process in which people speak truthfully about and to one another, and perhaps that process will begin among people of faith who can trust each other and then extend the conversation to an expanding audience.

Perhaps conversations, started during “Lay It On the Table” services or during similar services in other religious traditions, will make their way into homes, and workplaces, and educational institutions, and civic forums, until people can envision change in the structures that constitute our lives together. If the Ferguson Commission can glean insight from the congregations that “Lay It On the Table,” progress in St. Louis and the nation may yet emerge from the tragedy of Michael Brown’s death. 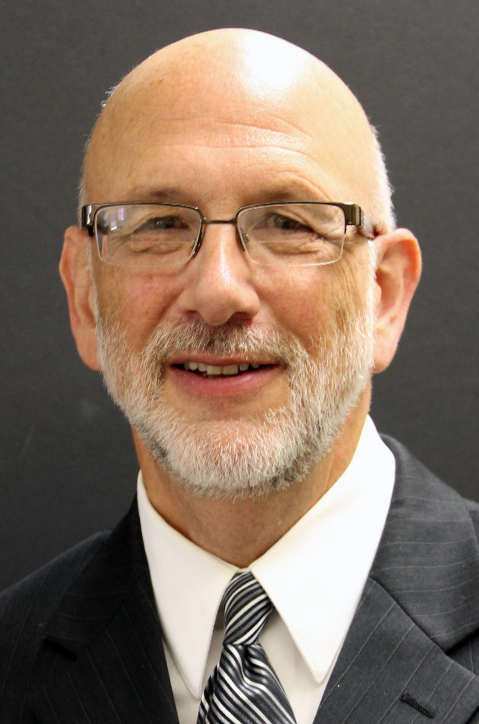 Author, Rick Nutt, is Professor of Religion at Muskingum University in New Concord, Ohio. His research focuses on the history of religion in the U.S., especially as it relates to national security. His most recent book is An Historical Study of United States Religious Responses to the Vietnam War: A Matter of National Morality (Lewiston, N.Y.: Edwin Mellen Press, 2012). Nutt's wife, Mary Gene Boteler, is pastor at Second Presbyterian Church in St. Louis, Missouri.

See All Articles by Rick Nutt