(Everywhere) Ferguson and the Socio-Religious Challenge of Hip Hop Culture

Arising out of the 1970s Black/Brown youth-cultured streets of the South Bronx, Hip Hop has emerged to signify a religious and civic politics of human storytelling in the service of undoing deleterious police actions, which are visited upon Black and Brown communities in various ways each day, and resisted by protesters with cries of “Ferguson is everywhere.” In times such as these, a time when J

Arising out of the 1970s Black/Brown youth-cultured streets of the South Bronx, Hip Hop has emerged to signify a religious and civic politics of human storytelling in the service of undoing deleterious police actions, which are visited upon Black and Brown communities in various ways each day, and resisted by protesters with cries of “Ferguson is everywhere.”

In times such as these, a time when J. Cole mobilizes lament and protest with a Hip Hop tribute to Michael Brown called, “Be Free”—a half century after “We Shall Overcome” first hit the bloody streets of civil unrest and democratic hope—the tragedy of Ferguson invites society to contemplate what to make of the Hip Hop generation.

Confronting too many Fergusons, Hip Hop affirms a radical pissed-off perusal of (hold-up, not-so-fast) social reconciliation in a manner that loses a measure of civility while also embracing justice and love as the first condition and measure of human life.

In all of this, scholars of religion and hip hop like Monica R. Miller and Anthony B. Pinn ask that we recognize and hear-well the fundamental cultural role of rap artists:

…rap artists are in fact modern day griots—truth tellers and seekers who emulate and borrow artists’ rhetorical and cultural practices that have been vital and endemic to the maintenance of black life in the diaspora and serve an important utility in the continual reclamation of historical, social, political and cultural forces that seek to threaten marginal groups.

To the extent that so many young and not-so-young people now give their faith and fidelity to a Hip Hop way of life, Hip Hop reveals its social function as a religion. It satisfies a basic human desire to belong to something that grounds self-identity and communal-life with ultimate meaning, value, purpose and direction.

And as is true of any religion (public or private as Jeffrey Stout rightly pointed out nearly a decade ago), Hip Hop has become a phenomenon of “ever-changing mixtures of life-giving and malignant tendencies.”

Even if one views the merits of “Hip Hop as religion” ridiculous, there is no doubt that Hip Hop’s synchronistic embrace and employment of traditional religious symbols—e.g. the Christian cross, the Muslim call to prayer—myths—e.g. the Black man as god, the Five Percent Nation—and rituals—e.g. symbolic and ritual naming like Wise Intelligent, and turntablism as implicit religion—is ubiquitous in American life.

Youthful activists of the Hip Hop generation insist on prominent roles in leading the struggle against the shadow of death visited upon (everywhere) Ferguson. This reality will, no doubt, be difficult for some seasoned organizers and activists of an older generation.

That the Hip Hop generation is currently playing a prominent role against Black Death can be seen when social media like Black Twitter (with hashtags like #iftheygunnedmedown and #blacklivesmatter) is employed to mobilize cross-racial and ethnic mass-coalitions of young people to the bloodstained streets of the nation.

Of course, the J. Cole who offers a Hip Hop tribute to Ferguson’s Michael Brown is the same J. Cole whose recent album, 2014 Forest Hills Drive, contains the track “G.O.M.D." (“Get off My Dick”), a (too routine) rap summoning of phallic-male-power to lyrical warfare undergirded with sexism, homophobia and heterosexism.

Indeed, increased, uncomfortable, and hopeful companionship inside the world of (in particular) the youthful Black Hip Hop generation, who bear the brunt of excessive policing, confinement and death, signals a risk of faith that might require even the most peace-loving citizens among us to get our easy convictions about social reconciliation fucked up for the sake of human dignity.

Hip Hop artists offer an important, costly and often unsanitized embrace of Black subaltern “otherness,” an embrace which cyphers problematically-yet-hopefully toward justice and love in this particular place and circumstance of time.

Critics continuously and publically lift up Hip Hop’s shadow-side as its irredeemably profane and damnable core, but when people of faith and reason contemplate Hip Hop as a religious resource for resistance against the Fergusons that routinely diminish the nation, they should keep in mind a cautionary Christian example offered in Pinn’s essay, “Making a World with a Beat:”

The sexism expressed by Saint Paul and other biblical figures and the homophobia that marks both testaments have not resulted in a huge theological backlash requiring the destruction of the Bible as a viable sacred text. The same hermeneutic of multiple meanings may extend to rap lyrics and their creators. This is not to say that that these artists should not be accountable, or should not be critiqued with regard to behavior and opinions. It simply means that we should recognize the often problematic relationship between theological pronouncements and arguments, and practice that plagues the history of religion in and outside hip-hop culture.

It is in this spirit that we are asked to encounter Hip Hop as Ferguson reminds us of the violent “black tax” which so often remains the price of the ticket to Black belonging in the United States of America.

As the nation faces the reality and memory of the tragedy at Ferguson—the latest symbol of the monetary abuse, militarized policing, disproportionate imprisonment and authorized killing of Black bodies—academia and the wider public no longer have the option but to take seriously the importance of Hip Hop culture.

As the nation faces the anxiety and misery not just of Ferguson but of Staten Island, Oakland, Cleveland, Beavercreek and a wider New Jim Crow caste system, we must take up the challenge to experience and understand the salvific force of Hip Hop.

Pinn, Anthony B. “Making the World with a Beat: Musical Expression’s Relationship to Religious Identity and Experience.” In The Hip Hop and Religion Reader, edited by Monica R. Miller and Anthony B. Pinn, 21-37. New York: Routledge, 2015. 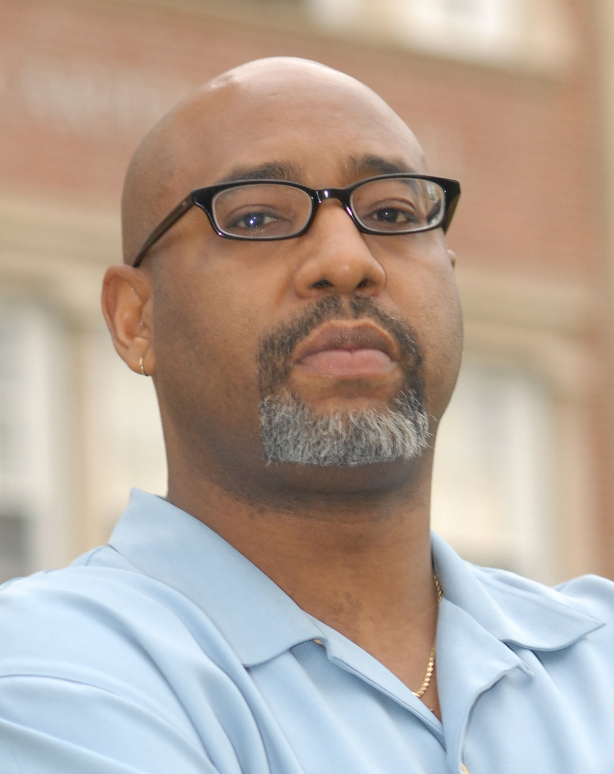