Rather than wringing our hands about the lack of moral superheroes within the clergy, American rabbis should embrace the shift towards lay leaders.

American Jews no longer look to rabbis for moral guidance. The center of moral authority has shifted away from the pulpit such that only historic figures could even vie for attention with the Jewish social, cultural, legal, and scientific leaders of today. Rather than wringing our hands about the lack of moral superheroes within the clergy, American rabbis should embrace the shift towards lay leaders. They are already shaping our self-understanding as a Jewish Diaspora and can come to hold unique roles within communities as teachers, preachers, and Johnny Appleseeds of innovative ideas. We suspect that similar trends may be afoot in countless other American religious communities, as power shifts from an elite few to an empowered many. This transfer of power does not portend the downfall of American religion, so much as a new awakening.

Rabbi Dr. Irving Greenberg forecasted this trend in 1987 when he observed that “Each era of Jewish history has generated its own characteristic cadre. Leadership has gravitated toward those who could cope with the problems of living while addressing, overtly or through their work, the meaning and purpose of being a Jew.” In our own era, he saw that “laypeople are emerging as the dominant group.” They “earn their authority, be it from money, knowledge, or competence in directing people.” Of key importance, “Lay leaders appear as normal, everyday people. Their claims are seen thereby as more tentative and more likely to acknowledge others’ claims.” In leading collaboratively and actively seeking input from others, lay leaders prepare the ground for co-creating new institutions, which have a built-in following and serve human purposes in ways that are shaped by Jewish practices and ideas.

Greenberg reminds readers that this is not the first time the religious center of authority in the Jewish community has shifted. The rabbinic movement itself came to the fore from the ashes of the Second Temple, serving as teachers and interpreters of Torah for a new epoch. The recent shift toward lay leaders can be read as the next step in this ongoing evolution. Clergy should cede space and establish new places of power for laypeople to serve in nontraditional roles. This includes paths to deep textual and liturgical study and roles that blur the distinction between laity and clergy. Wherever this is already happening, inspiration abounds.

In the Jewish community, Moishe Houses empower young professionals and students to build their own programs in a communal living setting. They reach tens of thousands of people each year and build vibrant Jewish communities without any formal clergy support. Limmud North America holds learning festivals that elevate the expertise of Jewish laity to bring their professional wisdom to bear on Jewish topics of interest. These in-person, online, and hybrid gatherings draw thousands of people. Likewise, centers of lay Torah study, such as Hadar and the Pardes Institute are bursting at the seams with lay people seeking yeshiva-style learning outside of denominational silos.

In addition to communal ventures, a growing number of lay-run online platforms inspire important Jewish conversations about ritual, identity, politics, and values. One thriving news and blogging website, The Times of Israel, creates a bridge of ideas between Israel and the Diaspora, and encourages a breadth of ideas too rarely seen within political cultures of either Israel or the United States. It fosters a community of contributors, which places lay people and clergy on equal footing and elevates the voices of thought-leaders across affiliations and backgrounds. Their ability to create content, share ideas, shape discourse, and respond to other blog pieces is emblematic of the growing role of lay people. The internet has facilitated this development in ways Rabbi Greenberg could not have predicted when he first described the new era of Jewish lay leadership.

At the same time, new paths to study and formation are expanding. ALEPH and the Kohenet Priestess Institute provide part-time paths towards ordination for people who might never seek out formal pulpits but want to be knowledgeable leaders of community in all of its manifestations. Lay Clergy Institutes create hybrid roles for those who seek to take on limited pastoral, teaching, and preaching responsibilities in synagogues that joyfully elevate new leadership.

It may be intuitive for clergy to attempt to hold on to power. But in this time of clergy burnout and lay spiritual yearnings, the empowerment of laypeople will prove more fruitful. Correspondingly, clergy and communal professionals should redouble their role as teachers. Much as priestly rituals centered on ancient spiritual leaders have given way to a far larger and more diverse cohort of rabbinic discipleship circles, clergy today can become indispensable as educators and sources of inspiration by working with lay leaders and enabling them to address the moral, political, and scriptural questions of their communities. In ceding power and elevating lay people to new roles of prominence, clergy do not diminish ourselves, but rather demonstrate our indispensable purpose. 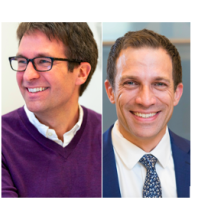