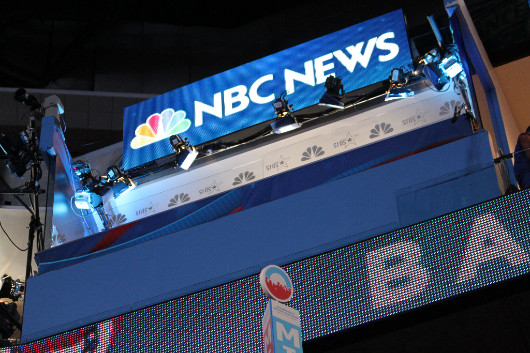 A recent article on conservative trolls among the roiling White House press corps in The New Yorker can stand for a general ferment of fear and confusion among the Mainstream Media (MSM) in this era of Trumpian turmoil. What has happened to the good old ways, the hierarchies, the traditions that privileged the broadly liberal, progressive outlook of the bien pensant?

When one looks past the article’s foreground of outrageous provocateurs, one can spot no less outlandish figures: reporters from conservative media heretofore relegated to the back seats or aisles of the press room by the ancien régime. Someone from Pat Robertson’s Christian Broadcasting Network, for example.

One does not, however, get a glimpse of a considerable swathe of the American people, namely, orthodox Christians who are not rabidly conservative. Even Hillary Clinton herself was willing to allow that only half of Donald Trump’s supporters were “deplorables.”

The MSM continue to flounder to understand the Trump phenomenon, and particularly the voting by four-fifths of white evangelicals in his favor. But this unintelligibility has a basic epistemological source: few in the MSM are members of the group under scrutiny.

If the MSM were trying to understand and report on a feature of female voting, or black voting, or immigrant voting, basic epistemology would suggest not only speaking to such people, but having such people on one’s team. You know: actual female reporters, or black columnists, or immigrant editors.

Yet one can point to openly Catholic (that is, the way some people used to be called “openly gay”) columnist Ross Douthat at The New York Times and also to... whom else?

One can note Protestant reporter Sarah Pulliam Bailey at The Washington Post and also... whom else?

For one, brief, shining moment (less than a decade, from 1994 to 2002), anchorman Peter Jennings used his clout at ABC News to sponsor a religion reporter, evangelical Peggy Wehmeyer. But no one succeeded her there, and she has had no counterparts at any other network.

So evangelical voters for Trump continue to be examined as “others,” as oddities, if not outright “deplorables.” Those few conservatives who break with Trump are lionized (as Russell Moore of the Southern Baptist Convention has been, despite his past as an attack dog for SBC conservatives within their ranks). But serious evangelical or Catholic voices that are neither comfortably liberal nor alarmingly conservative?

How about those with substantial journalistic experience and intellectual heft such as ethicist and philosopher Richard Mouw, former president of Fuller Theological Seminary? Or Susan Wise Bauer, the widely read historian and educator?

Alan Jacobs, a brilliant professor of literature and a prolific essayist whose work has appeared in Harper’s among many other liberal media, has been a contributing writer to The Atlantic, but to write about... technology.

In fact, one could comb through the archives of the late, lamented Books & Culture and come up with handfuls of worthy writers.

It is hard to avoid the sense that the MSM fondly consider themselves a meritocracy—if you were good enough, we’d hire you—while in fact maintaining a hegemony of the correct—if you hold views that deviate from our orthodoxy, you haven’t got a chance.

So when it comes time for them to account for evangelicalism or conservative Catholicism in anything other than a binary way, it is literally beyond their ken. And we might as well brace ourselves for loads more articles by head-scratching liberals wondering how those people could possibly think or do that.

Image: NBC News at the Spectrum Center in Charlotte, North Carolina, on Day 2 of the 2012 Democratic National Convention | Photo Credit: Steve Bott via Wikimedia Commons (cc)
Sightings is edited by Brett Colasacco, a PhD candidate in Religion, Literature, and Visual Culture at the University of Chicago Divinity School. Subscribe here to receive Sightings in your inbox twice a week. You can also follow us on Facebook and Twitter. 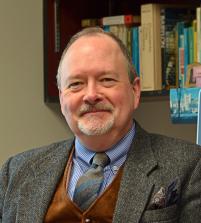