Alfred North Whitehead and the "Facts"

How an old philosophical trap continues to ensnare us today

It is by this point a truism to say that our country is deeply polarized. A recent editorial in the New York Times frames this polarization in terms of social belonging, and suggests that our sense of community can override our grasp of the factual world. This assumes a clean distinction between our social worlds and the “reality” behind them. Undoubtedly, disinformation campaigns have recently begun to pose a dire threat for our democracy. But groping for a solid world of facts unmediated by social relations, or any other mental filters, may wind up being an unhelpful—if enticing—response. I’d like to suggest that Alfred North Whitehead can help us address this problematic temptation.

The temptation in question resides in our ontological assumptions about what a language is, how mind relates to language, and how words and worlds relate. As I have recently argued, the problem can be traced to foundational dichotomies between “mind” and “matter”—or, in more contemporary terms, between “the realm of nature” and “the realm of discourse,” between “the space of reasons” and the “space of causes.”

We might start with Alfred North Whitehead’s early critiques of some of analytic philosophy’s foundational presuppositions—particularly those of Bertrand Russell. These critiques were mainly through handwritten correspondence between Whitehead and Russell from 1911 to 1917. This is the period in which Russell and Whitehead move from agreements with respect to applied mathematics, to disagreements with respect to the philosophy of mathematics. They were on the same page when discussing the relationship of logic to mathematics. But once the subject became the relationship of logic to ontology, we see discontents emerge.

Such discontent is particularly evident in a letter from 1911, in which Whitehead is providing feedback on Russell’s draft of The Problems of Philosophy. Whitehead critiques Russell’s understanding of Kant as missing the mark entirely and actually perpetuating the very problematic bifurcation of nature Russell had set out to critique. Russell’s issue, in part, had to do with a rather loose application of terms like “public space,” “existing world,” and “physical object;” “physical objects,” for instance, are for Russell those which exist extensionally in “physical space,” which for him means the “space of science,” or “real” (measurable) as opposed to “apparent” (experienced) space. For Whitehead, this is just as guilty of bifurcating nature as Kant’s noumenal/phenomenal distinction.

Whitehead does not therefore deny the concept of physical space — far from it. He was, after all, a geometer. All he takes issue with is the assumption that “physical space” (the conceptual space with which mathematics deals) is somehow the “real” one. It is, rather, an abstraction, albeit a very useful one. For Whitehead, we had to move beyond Newtonian assumptions of “absolute space” and serial notions of temporality, as these ideas were indexed to classical metaphysical assumptions about matter that were no longer adequate in light of general and special relativity, not to mention quantum theory.

Many of the problems that inhibit analytic treatments of intentionality today took germ form in these Cambridge-based conversations between 1910 and 1930. . Whitehead was actively involved in the annual meetings of the Aristotelian Society during these years , serving as President of the Society from 1922–1923. It is in those Proceedings that we see early analytic thinkers grappling with the consequences of general and special relativity, quantum indeterminacy, the nature of “physical space” and “physical objects,” and the so-called “vehicles of meaning” that connect mind and reality.

At this time, Whitehead began to take issue with the metaphysics of subjecthood dominating these debates. It was commonly assumed, for instance, that the structure of experience could be modeled on Aristotelian logic—that is, in terms of the categories of “subject” and “predicate.” But, if the subject-predicate relation is taken to model experience, then there will always be an assumed distinction between primary and secondary qualities; the latter (also called sense-data or “appearances”) have the status of “psychical additions” in classical empiricism. But in order to redeem the ontological status of appearances, so as to avoid skeptical worries, such philosophies inevitably attempt to recover some sort of naturalized idealism in an attempt to reunite, after the fact, the bifurcated nature with which they began.

Whitehead offers an alternative to analytic theories of perception—one that does not “psychologize” experience or arrogate “meaning” to the interior of the modernist subject. Rather than beginning with the Kantian judging subject and then trying to make sense of how that subject can know anything other than its own conceptual forms, Whitehead rejects the premises of the original ontological isolation of the subject. Instead of beginning with an independent subject and trying to make sense of how that subject takes account of objects, Whitehead asks about how concrete relations make possible the sorts of subjects that can ask questions about themselves. It is no wonder that important work has been done in the last few of years, for instance, on the creative possibilities of reading Whitehead together with thinkers like Judith Butler. This is because thinking with Whitehead allows us to surrender some of the tacit assumptions inhibiting creative rethinking of things like the reality of “social facts” or the dynamism of materiality.

Whitehead’s aesthetics of experience likewise offers a therapeutic resource of contemporary analytic problems. An aesthetic account of experience refuses to let nature bifurcate into “nature as factful” (on the one hand) and “nature as meaningful or value-laden” (on the other). One important implication of this refusal is an account of symbolism as an organic process that proceeds and even creates conscious modes of relations and the capacity for language. Thinking through symbolic operations of nature in this way avoids the later anxieties about how symbols “mediate” or “filter” experience, because symbolic reference is built into the very creative becoming of actuality.

When Whitehead provides the “Final Interpretation” of his philosophy at the end of Process and Reality, he does so in terms of the creative antithesis between “God and the World.” What is so crucial about this antithesis is that its terms cannot be understood in isolation. And yet, there is attempt after attempt to rid Whitehead of his “theology” or “God-talk”—but no attempt to rid him of “World-talk”! Yet each term is, according to Whitehead, equally imaginative.

In this way, Whitehead deconstructs the assumptions of speaking about “the World” three decades prior to Wittgenstein’s like-minded critique of Frazer’s Golden Bough. That is to say, thinking with Whitehead is an experiment in conceptual revision that poses critical alternatives to talking about alterity in terms of “having different beliefs” about “the World.” It is an exercise in new modes of attention that amount, not to different ways of seeing “the world,” but to practices of going about different worlds. If we are to make our way out of this era of “alternative facts,” then we must beware the trap of appealing to the world of facts as some kind of bedrock. We would do better to remember that “facts” themselves are constituted by the social relationality of belonging. In other words, we will not be able to persuade each other with facts alone, but must begin with what it means to be in relation with one another. 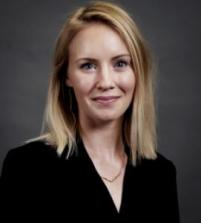 Author, Lisa Landoe Hedrick (PhD '19), is a Divinity Teaching Fellow in the the College at the University of Chicago. Her current research explores the relationship between Anglo-American theories of language, nature, and metaphysics. Her book, Whitehead and the Pittsburgh School: Preempting the Problem of Intentionality, was recently published with Lexington Books.