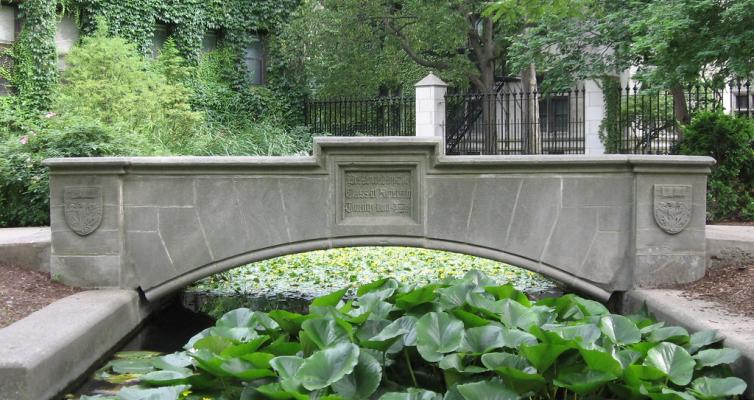 The AMRS is a concentrated program for those who seek greater knowledge of and sophistication in the academic study of religion.  Students working in Buddhism can study with any of the Divinity School’s faculty and visiting faculty, as well as other relevant faculty throughout the University, including in the departments of Anthropology, Art History, History, East Asian Languages and Civilizations (EALC), and South Asian Languages and Civilizations (SALC).  More on Buddhism at the University of Chicago may be found here.

The AMRS Program can be completed in one (1) year on a full-time basis. Students may study on a part-time basis.

Completion of a minimum of nine courses, including:

The substantial Buddhist contribution to Indian poetry is of interest for what it teaches us of both Buddhism and the broad development of Indian literature. The present course will focus upon three phases in this history, with attention to what changes of language and literary genre tell us of the transformations of Indian religious culture from the last centuries B.C.E. to about the year 1000. Readings (all in translation) will include the Therīgāthā, a collection of verses written in Pali and the most ancient Indian example of womens’ literature, selections from the work of the great Sanskrit poets Aśvaghoṣa, Āryaśūra, and Mātṛceta, and the mystical songs, in the Apabhraṃśa language, of the Buddhist tantric saints. PQ: General knowledge of Buddhism is desirable. Matthew Kapstein

Complementing the course on Buddhist Poetry in India, we will be reading a celebrated verse scripture, the Prajñā-pāramitā-ratnaguṇa-sañcaya-gāthā (“Verses Gathering the Jewel-like Qualities of the Perfection of Wisdom”) in both its Buddhist Hybrid Sanskrit original and its Tibetan translation. (Students are required to have had at least two years of either Sanskrit or Tibetan – it will not be necessary to do both.) Those wishing to take the course for Sanskrit credit should enroll in SALC. PQ: Students must have had two years of Tibetan OR Sanskrit. ]Matthew Kapstein

This course studies the history and philosophy of Theravada Buddhism in India and other Southeast Asia countries. We first introduce the life of the Buddha and his major teachings within the context of the social and cultural environments in which Buddhism emerged about 2500 years ago. Having thus grasped some fundamental knowledge on Buddhism based on Pali texts, we then embark on examining its philosophical and historical developments from primitive Buddhism to sectarian Buddhism, and to the ramification of Theravada Buddhism in various countries such as Sri Lanka and Thai Land throughout its long history. Towards the end of the quarter, the class briefly discusses the revival of Theravada Buddhism in Indian in connection with the arising of Protestant Buddhism in Sri Lanka in the early 20th century. It is hoped that students having completed this course will be equipped with sufficient knowledge on general history, major philosophy and outstanding cultural tradition of Theravada Buddhism. Yu Xue

This course is designed for students who would like to explore further social philosophy and implication of Humanistic Buddhism and Engaged Buddhism, the two mainstreams of Buddhist development in modern world. We first examine historical background for the arising of Humanistic Buddhism from Mahayana tradition in China and Buddhist revivalism or Protestant Buddhism, the forerunner of Engaged Buddhism in Sri Lanka almost simultaneously at the beginning of 20th century, and their subsequent developments respectively. Having then briefly reviewed some prominent figures such as Taixu (1898-1947), Dhammapala (1864-1933), and their major advocates, we undertake thorough comparative studies of the two Buddhisms by exploring several topics, including modern education and science, environment and ecology, human rights and feminism, politics and violence, suffering and happiness, and others. While discussing these topics, we also examine how Buddhism has transformed itself from the religion of other world to that of this world, how Buddhists have reinterpreted Buddhism in order to fit the idea and practice of modernity, an how new cultures have thus been recreated to cater for the needs of contemporary life both in the East and West. Toward the end of the quarter, discussion may be extended to compare other new religious movements so that students may have a broader vision on religions and their social advocates in contemporary world. PQ: Some knowledge on the general history and basic philosophy of Buddhism. Yu Xue

This course will consist of the close reading and discussion of primary texts (in translation) of the Chan and Zen Buddhism of China and Japan, supplemented by secondary readings on Zen institutions and cultural influences.  As our foundation, we will be begin with an overview of basic Buddhist tenets, and then work through key Mahāyāna ideas and sūtra passages, focusing on the ideas of Emptiness, Buddha-nature, and Mind-only. Then we will turn to the unique syntheses of these ideas in the early Chan movement in medieval China and their various deployments in the contending interpretations and methodologies of later Chan and Zen, including the Platform Sutra of Huineng, the kōan literature of the Song dynasty, and the essays of Dōgen. This will be done both with an eye to the historical development of these schools of thought and practice within the context of East Asian Buddhism in general, and for whatever transhistorical philosophical and religious valences we care to derive from the texts. All readings will be in English. Brook Ziporyn

Meditation is one of core practices in Buddhism and it has now become popularized worldwide. This course studies succinct theories and systematic practices of Buddhist meditation based on both Theravada and Mahayana texts and traditions. In general, the course is divided into 4 parts. 1. Theories and practices of meditation in Pali texts and Theravada tradition—we examine idea and practice of Samadha and Vipassana mainly based on the Satipatthana Sutta and Visuddhimagga; 2. Chinese Texts and Chan/Zen Buddhism—Mohe Zhiguan (摩訶止觀)—The Great Concentration and Contemplation, and the Platform Sutra, two of the most important texts in Chinese Buddhism will be read and discussed; the influence of Daoist meditation such as breathing technique on Buddhism will be examined to show how Buddhist practice of meditation underwent the process of sinicization; 3. Scientific studies and understanding of Buddhist meditation, and dialogue between Buddhist meditation and science—we read and discuss research papers and experimental reports on mediation practice by modern scholars through neuroscience and psychotherapy in the West. A special attention is paid to the discussion on the Western derivatives of Buddhist meditation for different purposes other than the final enlightenment of Buddhism, and on arising of variety of meditation practices such as Mindfulness-Based Stress Reduction (MBSR), Mindfulness-Based Cognitive Therapy (MBCT), Loving-Kindness Meditation (LKM), Cognitively-Based Compassion Training (CBCT), Compassion Cultivation Training (CCT). And 4. Meditation session—the course instructor or meditation masters will provide instructions for students to practice meditation based on theories and methods discussed in the class and through readings. Having completed the course, students are expected to grasp not only the fundamental idea but also basic techniques of Buddhist meditation either for their physical relaxation or mental development. PQ: Some basic knowledge of Buddhism recommended. Yu Xue

DVPR 48790 - CHINESE RESPONSES TO CHRISTIANITY IN THE MING DYNASTY

This course will focus on close readings of primary texts in Chinese concerning the polemics around the introduction of Christianity into China in the Ming Dynasty, starting with Matteo Ricci's introduction of Catholic doctrine in his 天主實義 and the polemical responses to it from mainly Confucian and Buddhist authors, with special attention to the metaphysical premises of the conflicting traditions, and more generally what might be at stake in them. PQ: Reading proficiency in Chinese. Course Note: Undergraduates can petition to enroll. Brook Ziporyn

RLVC 37490 - ART AS BUDDHISM IN ANCIENT INDIA: EXPLORATIONS IN THE STUPA OF AMARAVATI AND OTHER MONUMENTS

This course will examine the visual construction of early Buddhism in India, focusing in particular on stūpas and especially on the art of the great stūpa (mahachaitya) at Amarāvatī in Andhra Pradesh. We will examine questions of Buddhology, of the diversity and range of conversations within early Buddhism, leading to the rise of the Mahāyāna, in relation to the visualization of Buddhist theory and narrative in the extensive and extraordinary decorations of the major sites. The course will introduce those taking it to the rich visual, material and epigraphic culture of the Buddhist stūpas as well as the vibrant textual world of Indian Buddhist writing – from stories to suttas to commentaries. Students will have the opportunity to develop their own final papers in relation to this material or comparatively with other material in which they also retain an interest (not necessarily only Buddhist). If the course is taught in person, depending on the Covid situation in Spring 2022, then it is likely to be on a speeded up twice per week basis over the first half of the quarter. Jaś Elsner