The Vulnerability and Resilience of Democracy

Is a more vibrant, emancipatory, and equitable democracy possible?

Nearly fifty years ago, the celebrated American sociologist Robert Bellah observed, “Once in each of the last three centuries America has faced a time of trial, a time of testing so severe that not only the form but even the existence of our nation have been called into question.” Each of these trials—the American Revolution, the Civil War, and the Civil Rights Movement—was driven by the questions of freedom: who has it, in what forms, and to what degree. In essence, who constitutes the demos, who are “we the people” by and for whom democracy exists?

Throughout American history, these questions have been answered in contradictory or incomplete ways. Thus, the Revolutionary founding was grounded in a deep moral contradiction: white settler colonial freedom was achieved while Native American genocide and African enslavement continued unabated. The vicious contradiction of this first trial sowed the seeds of the second, the Civil War. Although the struggle for women’s rights remained for the future, Union victory emancipated the slaves and extended nominal freedom to them. But through Reconstruction and “Jim Crow,” white Americans continued to exploit, maim, and criminalize African Americans and other people of color. It took the Civil Rights Movement for the nominal freedom achieved through the second trial to become more substantially realized.

Now we are living through a fourth trial in which an uprising of explicit anti-black racism, unapologetic white Christian ethnonationalism, and surging anti-immigrant xenophobia threaten to undo the gains made during the third. In addition to these social toxins, foreign governments, political campaigns, cable news, and corporate social media have hacked and monetized our cognitive biases. As a result, we live in incommensurable evidentiary ecosystems and even our perceptions of reality, in addition to our ideological commitments, have become increasingly polarized. All of this is feeding the increasing illiberalism of the Republican party and the deepening factionalism of Democrats. In short, the norms, institutions, and culture of American democracy are being strained to the point of breakdown.

As Steven Levitsky and Daniel Ziblatt put this in their important recent book, How Democracies Die, “American politicians now treat their rivals as enemies, intimidate the free press, and threaten to reject the results of elections. They try to weaken the institutional buffers of our democracy, including the courts, intelligence services, and ethics offices. American states, which were once praised … as ‘laboratories of democracy,’ are in danger of becoming laboratories of authoritarianism as those in power rewrite electoral rules, redraw constituencies, and even rescind voting rights to ensure they do not lose” (p.2). In other words, the risks to democracy today are not violent overthrows from the outside, but incremental, cumulative erosions of democratic norms and conventions from the inside—frequently camouflaged by red herring charges of deep state coups d’état.

One way to imagine and enact the work of repairing the culture of democracy is through the concept of “resilient democracy.” Resilient democracy is a normative understanding of democracy as a way of life. It is about the symbolic and spiritual textures, the political and economic practices, the material and ecological conditions, and the moral purposes of our everyday associational lives—our families, neighborhoods, religious communities, student organizations, trade unions, business associations, and our places of employment. Resilient democracy is morally charged: it seeks to generate, guide, and sustain efforts to enhance life in ways that are empathic, emancipatory, and equitable. As a “way of life,” it is not a formal theory of governance, but a way of dreaming, deliberating, deciding, and designing together the moral shape of our shared life.

Resilient democracy is actively committed to the ideals that all persons, across all our human differences, have something to contribute to one another and to the whole of the larger community; that each member and the community as a whole can be enriched by every other member’s active participation; that the empathic work of identifying and emancipating individual capacities is a communal responsibility; and that the work of ensuring that the goods of common life are equitably enjoyed entails continuous struggle. Resilient democracy also claims that the pragmatics of democracy demands a spirit of epistemic, moral, and social generosity. This entails humility toward our own convictions, curiosity about others’ experiences, a willingness to learn from others, readiness to revise our own perspectives in response to ongoing experience and dialogue, and commitment to a common life larger than our own self-interest.

Resilient democracy understands democracy as an inherently vulnerable politics because the power of the people is intrinsically vulnerable. And yet, it also understands that people are vulnerable in different ways, to different degrees, and for different reasons. Resilient democracy is thus oriented by a concern for two basic types of vulnerability—creatural and contingent. Creatural vulnerability is ontological—it is universal, given, inherent to life. To be a living creature, to be a person, is to be woundable, able to cause and to suffer wounds, to harm and be harmed, to eat and be eaten. Contingent vulnerability, on the other hand, is relative, asymmetrical, constructed, and systemic. Some bodies are more vulnerable than others. Gender, skin color, and sexual orientation all influence a human body’s vulnerability. This is not because being female or transgender or gay or dark-skinned is inherently more vulnerable than being male or cisgender or straight or light-skinned, but because social norms and cultural values confer advantages and disadvantages relative to gender, race, ethnicity, and sexuality, and these advantages and disadvantages are systemically reinforced, institutionally transmitted, and historically cumulative.

But the idea that democracy itself is always vulnerable, that it has been and can be lost, should awaken us all from our political slumber. This awakening can become creatively efficacious when our grief for what has been and could be lost motivates us to deepen the democracy that remains, to extend and enliven it by practicing it more fully, wherever and whoever we are. Resilient democracy is a theory of democracy for an uncertain world. It affirms Sheldon Wolin’s idea of democracy as a “fugitive” and “anti-totality” politics: “The power of a democratic politics lies in the multiplicity of modest sites dispersed among local governments and institutions under local control … and in the ingenuity of ordinary people in inventing temporary forms to meet their needs” (p.603). Similarly, resilient democracy aims to build melioristic capacity through new democratic fusions of religious, political, and ecological life. Although it does not pretend to be a comprehensive solution to the fourth trial of American democracy, it is a morally catalytic, spiritually invigorating, communally grounded, radically democratic intervention into the cultural contexts, causes, and conditions of some of our present challenges. Resilient democracy is committed to cultivating a grassroots democratic ethos that is empathic, emancipatory, and equitable, for the grassroots are where the personal and social, the economic and the ecological, the spiritual and moral, and the planetary and political conditions of our lives are simultaneously most vibrant and most vulnerable. We need to be more fully attuned to the vibrancy and vulnerability of these conditions of life in order to more fully value and enhance a democratic way of life.  ♦

Editor's Note: This essay is adapted from an earlier version published by the Religion & Culture Forum, the Marty Center's other digital publication. 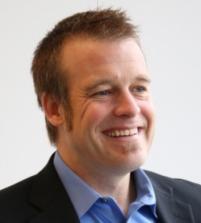 Author, Michael S. Hogue (PhD’05), is Professor of Theology, Ethics, and Philosophy of Religion at Meadville Lombard Theological School (Chicago, IL). He is the editor of the American Journal of Theology and Philosophy and the author of three books, The Tangled Bank: Toward an Ecotheological Ethic of Responsible Participation (Pickwick, 2008); The Promise of Religious Naturalism (Rowman and Littlefield, 2010), and American Immanence: Democracy for an Uncertain World (Columbia University Press, 2018). The ideas developed in this essay are drawn from American Immanence, which Hogue wrote as a fellow with the Enhancing Life Project.