It’s summertime, the season when many Protestant denominations hold annual conferences and assemblies that draw hundreds or even thousands of participants from across the nation and the world 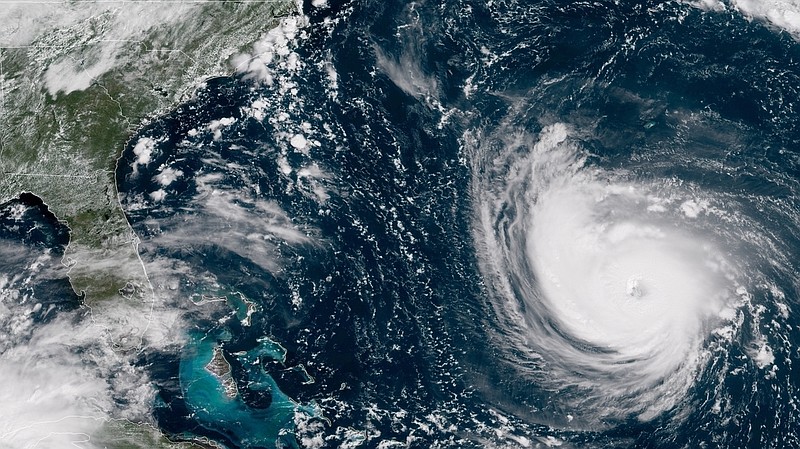 It’s summertime, the season when many Protestant denominations hold annual conferences and assemblies that draw hundreds or even thousands of participants from across the nation and the world. Like an enormous extended family during an unruly dinnertime conversation, people who may never have met one another (alongside folks who know each other all too well) will conduct their church’s work by engaging in significant conversations about matters of ultimate concern—faith, gender, sexuality, race, and politics—with only the standard-issue human skills of discussion, dialogue, and the ubiquitous Robert’s Rules of Order to assist them. Though attendance at these events has generally declined over the past few decades—as has participation in the denominations themselves and the ranks of reporters who write about them—these gatherings still provide an easy and accessible glimpse of “the church visible.” Once upon a time (perhaps) the narratives that emerged from such gatherings focused on “kingdom building”—annual meetings served as ecclesiastical infomercials, opportunities for the leadership to build “brand loyalty” by highlighting institutional vitality and innovation across the church. More recently, as the world wide web has permeated the walls of the church and the consciousness of its members, these annual gatherings reflect and amplify the complex challenges and anxious preoccupations of a hyper-connected, interdependent globe. Not surprisingly, then, today’s annual meetings often reveal the church’s “dirty laundry” for full public display.

This year, perhaps more than others in recent memory, has been a particularly stormy season. Indeed, just as the US has seen record-setting rainfall, floods, earthquakes, and tropical storms these last few months, our psyches have been likewise assailed by national debates about racism, sexism, immigration, and the core values of our country. For many US Christians, the view from the pews has been equally tempestuous. In late February, the 2019 General Conference of the United Methodist Church convened in St. Louis amidst much concern and speculation about the meeting’s agenda regarding the ordination of gay pastors, and the divisions that might ensue. The UMC, reputedly the largest mainline Protestant denomination in the world, appeared intractably fractured over the role of LGBTQ people in the church, a conflict exacerbated by the very multicultural presence of the global connection that the church so cherishes. After a tortuous round of voting governed by the UMC’s own Book of Discipline (an ecclesiastical version of the aforementioned Robert’s rules) the diverse-but-divided Conference rejected the UMC leadership’s “big tent” approach to the sexual orientation of clergy in favor of the so-called “Traditional Plan,” which reaffirmed the denomination's longstanding teachings against homosexuality. The proposal was passed by the narrowest of margins; unsurprisingly, reactions of church members ranged from peevish satisfaction to passive resignation to impassioned disbelief. As the meeting concluded, there was neither a persuasive organizational consensus nor a cogent articulation of the role of sexuality in the life of faith. The way forward for the denomination and its witness remains clouded and uncertain.

A few months later, in early June, the Southern Baptist Convention assembled thousands of delegates, known as “messengers,” at its annual meeting in Birmingham, Alabama. For the second year in a row, sexual abuse in the church was a significant topic on the agenda. The SBC, which claims to be the largest Protestant denomination in the US, has been the subject of an investigation by the Houston Chronicle, which ran a six-part series titled “The Abuse of Faith” in February of this year. “Ultimately, we compiled information on roughly 400 credibly accused officials in Southern Baptist churches, including pastors, deacons, Sunday school teachers and volunteers. We verified that about 260 had been convicted of sex crimes or received deferred prosecutions in plea deals. … Nearly 100 are still in prisons. More than 100 are registered sex offenders. Some still work in Southern Baptist churches today.” The report estimates that there are over 700 survivors of this abuse, “many of them shunned by their churches, left to themselves to rebuild their lives. Some were urged to forgive their abusers or to get abortions.” The meeting’s messengers, moved by harrowing testimony from abuse survivors, approved several measures to educate members and congregations, and they authorized the SBC to revise its constitution to allow for the expulsion of congregations that refuse to address sexual abuse.

Notably, however, in the week before the SBC’s meeting began, debate broke out once again about the role of women in the church. A tweet by popular SBC evangelist and Bible teacher Beth Moore contested the denomination’s cherished belief in complementarianism—the idea that, according to scripture, men and women by nature must inhabit different roles in the church, and that women cannot teach men or preach from the pulpit during a church service. Southern Baptist Theological Seminary president Albert Mohler responded forcefully with a tweet of his own: “We have reached a critical moment in the Southern Baptist Convention when there are now open calls to retreat from our biblical convictions on complementarianism and embrace the very error that the SBC repudiated over 30 years ago.” (The SBC voted not to ordain women at its meeting in 1984.) While June’s annual meeting offered panel discussions on “Indispensable Partners: The Value of Women in God’s Mission,” and “Should Women Preach in our Lord's Day Worship?” the answer to the latter query remained “no.” The gathering acknowledged more avenues of service for women—as missionaries, women’s fellowship leaders, and women’s Bible study teachers—while reaffirming the complementarian idea that God’s created order does not allow women to teach adult men. With this hierarchical assertion of male authority so deeply etched into SBC theology, it is difficult to see how the epidemic of sexual abuse in the church might ever be eradicated. Despite the meeting’s impassioned resolutions about protecting the vulnerable, the church is not yet willing to address “full-on” the complexity of gender, or the implications of gendered bodies for the life of the body of Christ.

It would be unfair to make moral examples of these two denominations, or to insinuate that they are the only Christians who struggle to be faithful or fair, yielding to our culture’s epidemic of anxiety about human bodies instead of honoring difference and caring for our shared vulnerability. These communities differ from other denominations, local congregations, and individual Christians only by degree—their storms are simply easier to report because their size and visibility make them so.

Ecclesiastic atmospheric instability continues as the summer progresses. At its own annual meeting in Omaha, Nebraska, this June, the 300,000-member Evangelical Covenant Church voted to remove a congregation from its roster over its position on LGBTQ inclusion—the first time the denomination has expelled a congregation in its 134-year history. First Covenant Church, a prominent and historic Minneapolis congregation, was deemed “out of harmony on human sexuality,” after First Covenant said it would treat LGBTQ members as equals, allow married gay clergy, and would be open to hosting same-sex marriages. Denominational president John Wenrich observed that conflicts around human sexuality have consumed the attention of gatherings like this one for nearly twenty years now—“diverting our focus away from topics such as immigration, mass incarceration, justice, and evangelism—matters that have never needed the presence of the faithful more than they do now”—an oddly transparent rhetorical attempt to distract members from the church’s perpetration of injustice by naming a litany of other worthy concerns, a tactic that has been given new meaning and a name in the Trump era: “whataboutism.” And as this essay goes to press, the historic Riverside Church in Manhattan—an iconic progressive congregation whose social imagination was shaped by the homiletic legacy of Harry Emerson Fosdick and the prophetic preaching of William Sloan Coffin and James Forbes—has refused to renew the contract of their first woman pastor after only five years. The abrupt decision to part ways with their pastor was initially described as a disagreement about “leadership style” and remuneration. But as the narrative continues to unfold, witnesses describe a congregation struggling to deal with its own culture of sexual harassment, with reported improprieties by a few members of the congregation, and most recently, a complaint filed against the pastor herself.

What are religion-watchers, scholars, and friends of the church to say about American Christianity’s contemporary obsession with gender, sex, and bodies, and the church’s inability to transcend its local impasses in order to offer analysis, critique, or moral wisdom that helps a fearful nation name and navigate its vulnerabilities? If we take a page from meteorologists, the scientists who study volatile weather like our summer storms, we will not be content with reading the damage reports, wringing our hands (or gloating) over the destruction that ensues when the church falls victim to the extreme atmospheric pressure exerted by privilege and patriarchy. Rather, we will engage these stormy meetings as occasions for observing, as the scientists do, that larger environmental forces are at work, and we will seek to understand these more deeply, so that we can shelter, honor, and tend the tender bodies that are the glory of God—and that are, at the same time, alongside creation itself, most at risk from our epic human heedlessness.

Image: A satellite image provided by NOAA shows Hurricane Florence as it threatens the U.S. East Coast on September 10, 2018. (Photo Courtesy of NOAA via AP)​

Columnist, Cynthia Lindner (DMin’99), is Director of Ministry Studies and Clinical Faculty for Preaching and Pastoral Care at the University of Chicago Divinity School.