Souls and the Guns of America

“Guns and the Soul of America” is the title of an important recent column by David Brooks (The New York Times, October 6th) 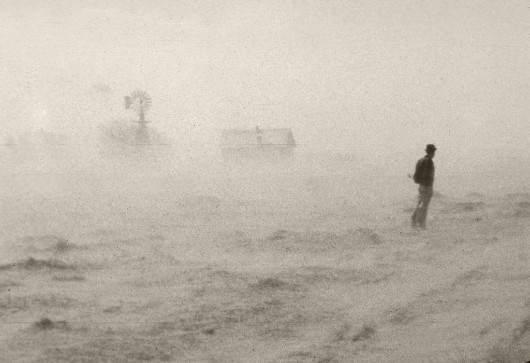 “Guns and the Soul of America” is the title of an important recent column by David Brooks (The New York Times, October 6th). Sightings writers do not claim to be experts on guns, but something or other about “souls” shows up in most of our semiweekly articles. Brooks helps us by reflecting on why gun control experts and causes are unsuccessful. “The real reason the gun rights side is winning,” says Brooks, “is post-industrialization,” a term for what has happened since farms and factories, etc., no longer contribute to the shaping of “values” as they did a century, or even a few decades, ago. Right to the point: “Today, people in agricultural and industrial America legitimately feel that their way of life is being threatened by post-industrial society … guns, immigration, and flags [help them] mobilize their counterassault.”

The gun—borrowing from Brooks—is “an identity marker. It stands for freedom, self-reliance and the ability to control your own destiny. Gun rights are about living in a country where families are tough enough and responsible enough to stand up for themselves in a dangerous world.” For a way forward on gun control, Brooks looks to the past: “Theodore Roosevelt transcended the [postindustrialization/populism] fight by inventing a new American nationalism,” while the Progressives of his era “cleaned up elite corruption” and helped “those being left behind by technological change. Cultural leaders introduced new institutions and community forms, like the Boy Scouts and the Settlement House, that drew from both cultures and replaced them.” Lest I over-quote Brooks, let me corrupt the Sightings record by over-drawing on my own lifelong experience.

I was born in Nebraska, in the years of Depression, drought, Dust Bowl, and despair on the part of many who survived, and sometimes prospered, thanks to Progressives’ and others’ inventions and policies. My first income came from “shucking grain” in the harvest season, or, later, jerking sodas and selling refreshments to farm-country people, who were dear to us, and for whom I still have respect. Then, in World War II home-front days, for three summers I “countersunk” holes on brake shoes for Sherman tanks. I became a union member; I still get mail from descendants of our crowd, and remain pretty much a “union man.” Brooks is right, however: farm and factory belong to pre-postindustrial society, and do not help many find or hold to their identities.

Let me be ecumenical, interracial, and multi-classy by noting that “everybody” who prosecutes the culture wars wields symbols of awareness of their losses. The non-tenured faculty members, the print-media people to whom I remain close, the cultural elites at whose fringes the Martys pitch in, are all suffering, or feel they are suffering, thanks to the displacements Brooks mentions. Please read at least the “Executive Summary” of the PRRI report America’s Changing Religious Identity (see “Resources” below), where researchers Daniel Cox and Robert P. Jones point to identity losses in all kinds of especially religious cohorts. Who is not hurling missiles, or ducking them, in the culture wars? To wit:

“White Christians now account for fewer than half of the public.” “White evangelical” and “mainline Protestants” are in decline. “Non-Christian religious groups are growing,” but they remain minorities. “The Catholic Church is experiencing an ethnic transformation.” “White Christians have become a minority in the Democratic Party.” “White evangelical Protestants remain the dominant religious force in the GOP,” but, we add, often mobilize and motivate the identity forces, even entering into alliances which counter their own tenets, protesting that they are beleaguered and must be militant to save America.

Brooks, again, implies counsel to those of us who are not pure pessimists, but hopers for, and participants in, efforts to bring about what he calls for: “another grand synthesis that can move us beyond the current divide,” one “that is neither redneck nor hipster but draws from both worlds to create a new social vision.” Sightings joins others in noticing such—beginning, perhaps, with religious institutions, too many of which are insecure in their identities and so have assumed a leading role in the culture wars. Brooks is right that the “guns” issue will not be addressed while the culture warriors dominate. But it must be addressed.