We’re all loners now in this, the largest sensory deprivation experiment in history. Even the extroverts are loners, or should be. Imposed solitude may be most difficult for them, though that is not to minimize its effect on the rest of us. They’re alone. We’re alone. Our solitude isn’t selective. It’s as undiscriminating as the virus it’s protecting us from.

This isn’t the solitude that David Riesman spoke about in his sociological classic, The Lonely Crowd. That was about being distanced while among others: the poignant loneliness of people didn’t know how to connect with those around them, a frustrating inner longing ostensibly unwarranted by their circumstances.

Nor does our condition correspond to what Thoreau experienced at his favorite pond near Boston. Thoreau broke away from society to confront himself (though his mother did his laundry and he often dined with friends). Certainly, Thoreau’s semi-solitary enterprise benefited from his psychological and intellectual acuity. Otherwise, he could not have concluded that it was “wholesome to be alone the greater part of the time. To be in company, even with the best, is soon wearisome… I never found the companion that was so companionable as solitude.”[1]

Good for him. But our solitude is imposed, not chosen; mandated, not selected. And because of the fatal danger from an invisible virus, our solitude is freighted with existential baggage that was nowhere near Walden. Our alone-ness is grim, austere – a wrestling with patience, hope, and dread that would have stumped Reisman and Thoreau. Despite both men’s penchant for inner reflection, an entire planet forced to look inward would have been beyond their ken. As a species, we are not built for that.

While alone, we may consider emulating a certain young woman: Noor Inayat Khan. The daughter of Hazrat Inayat Khan, the Indian musician who brought Sufism—Muslim mysticism—to the West in 1910, Noor was raised near Paris, writing poetry, music and short stories for children, and suddenly caring for her three siblings when her father died and her mother was beset with debilitating grief. Such selfless service for others set the compass for the rest of her life, a reflex largely shaped by the courage, empathy, and decency that her father taught: a Suﬁ could not make false claims, harm anyone for the Suﬁ’s beneﬁt, or spare themselves in the work which they must accomplish. Nor could they challenge anyone who was not their equal or bear malice against their worst enemy. In all circumstances, Suﬁs maintained their faith, their honor, their ideals. Duty, said Noor’s father, was “as sacred as religion.”[2]

Noor fulfilled her duty during World War Two, evolving from a cloistered, slightly ethereal young woman into a focused, brave spy. An agent in Britain’s top-secret Special Operations Executive (SOE), Noor was England’s only radio operator in much of France in 1943. Noor’s radio linked the Resistance and other SOE agents who were in France with London, and sent home crucial information: German troop movements, which factories were collaborating with Berlin, how to foil electronic gadgets that let U-boats elude Allied sonar, and more. Noor operated quietly, secretly, primarily alone. Unceasingly generous, she insisted on forgiving a resistante accused of betraying her. All this emanated from the solitude which enveloped her, from the requisite social distancing innate to her craft. After the Germans caught Noor, she tried to escape twice from a prison in Paris; even the Nazis admired their prisoner’s inner strength. And while chained in solitary for ten months, Noor earned the respect of her warden. Her integrity, honed in the crucible of her isolation, persuaded him to defy the Gestapo’s orders and remove her chains.

Noor’s father wrote, “The warden of the prison is in a worse position than the prisoner himself; while the body of the prisoner is in captivity, the mind of the warden is in prison.” We face that same choice today. We can remain imprisoned by our solitude, hobbled and narrowed. Or we can enjoy the beauty of simple things, things that would usually pass unnoticed. One prisoner in Noor’s gulag gave names to ﬂies and attributed nationalities to them. Another found fragments of nature to gaze upon— a cushion of moss high up in the arch of the window in his cell, or the anatomy of a tree clothed in summer, naked in winter. Still another asked, “What else is there for man to do but escape inside himself?”[3]

Quite likely, Noor retreated into herself. There is little record of how she comported herself in her cell. Still, we know that before the war she wrote that solitude—used well—was a vehicle to apprehend her “true self.” She also believed that we must descend into darkness “before realization shall come.”[4]

We are obviously not prisoners of war: our solitude is imposed by the necessity of caring for others and its long duration arises from governmental incompetence rather than oppression. Nevertheless, these are dark times, scary times, lonely times. We can embrace our aloneness not as deprivation, but as a rare lift toward awareness of self. That would have appealed to Noor. She understood the fortifying, invigorating possibilities of solitude, of “sheltering-in-place.” If she had not emerged from 10 months in chains and solitude in a Nazi prison still defiant, she could not have shouted “Liberté!” when executed at Dachau the next day. Such self-knowledge would have appealed to Henry David Thoreau and to David Reisman, two apostles of cognizance, either in a crowd or far away from it. 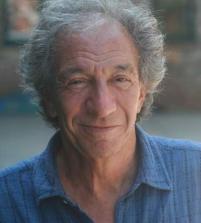 Author, Arthur J. Magida, is the author of the recent biography of Noor Inayat Khan, Code Name Madeleine: A Sufi Spy in Nazi-Occupied Paris, as well as The Nazi Séance and The Rabbi and the Hit Man. A former professor at Georgetown University and the University of Baltimore, he has been senior editor of the Baltimore Jewish Times and a consultant for several PBS and History Channel documentaries. He may be reached at amagida2@aol.com or through www.arthurmagida.com.