Since Sightings sights theisms, it must also pay attention to alternatives to them in our pluralistic culture 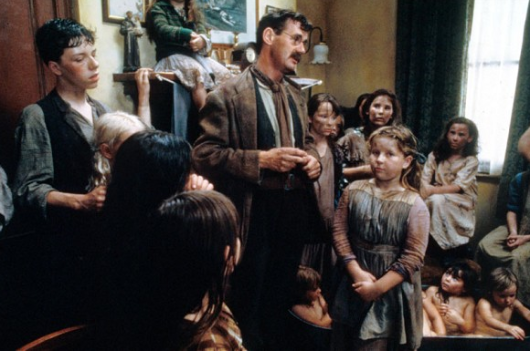 Since Sightings sights theisms, it must also pay attention to alternatives to them in our pluralistic culture. These include non-, a-, anti-, counter-, para-, et cetera. One thing we’ve never written about is “sung” atheism. That changes today, because of a current “surge” in choral expressions of atheism, chronicled in a report on Los Angeles’s Voices of Reason choir. Voices gives voice to atheism under the sponsorship of Atheists United, with support from the Freedom from Religion Foundation and the Freethought Alliance Conference, among other groups. The other two waves in this sung-atheist surge spotted by the Los Angeles leadership and an American reporter are the London Humanist Choir in, yes, London, England, and one in Sydney, Australia.

Tom Gilson, identified as a senior editor at conservative website The Stream and the author of A Christian Mind: Thoughts on Life and Truth in Jesus Christ, is anything but swept up in this surge. While the Voices sing, we “hear” Gilson in his headline: “As You Listen to Christmas Carols, Think of the Atheist Choirs—All Three of Them.” Gilson references two carols sung by the atheists: the “Evolution Chorus,” set “to the music of Handel’s Hallelujah Chorus,” and a Monty Python anthem titled “Every Sperm is Sacred.” Critic Gilson: “This is wrong so many levels I hardly know where to begin [sic].” His critique is based on lived experience; give him credit, at least, for having listened. He attended the Voices’ “Reason Rally” in Washington, D.C., in 2012, where he heard “a song about the Pope that included 72 instances of the F-word.”

Heather Adams in the May 18 “Faith & Reason” section of Religion News Service brings us a close-up by reporting from backstage, as it were, where the Los Angeles singers were rehearsing. “[Eight years ago] I actually thought atheist choirs were a thing,” said choir member Amanda MacLean, but she found them to be near no-things. So she set out to remedy that by reorganizing Voices of Reason, which had originally formed in 2001 but disbanded three years later following the death of one of the co-founders. Members of this choir “say they don’t simply avoid religious references. They draw attention to their rejection of religion.” “The real goal,” we read, “seems to be less an attack on religion than a defense of atheism.” Adams quotes music director Katie Sharp, a UCLA postdoctoral researcher, “who maintains that in American society, ‘the belief in nothing is worse than the belief in something.’” Sharp self-judges: “We’re all just good people trying to be better and trying to make the world a better place.”

The fact that atheist choirs are outnumbered by believers’ choruses is not something that should inspire triumphalism or gloating. Sure, the Hallelujah Chorus may be heard more frequently than the “Evolution Chorus”—it may even be better music. But alternatives to classic religious songs find innumerable expressions. Some of them may have appeared in the Schopenhauer-influenced, and Nietzsche-influencing, sounds and lyrics of Richard Wagner, or in Russian choral works from the Soviet years. And we’ve been told that some non-theist (et cetera) lyrics are associated with pop and rock (again, et cetera) music. If all of that already exists, then why do some atheist singers now feel the need to organize, Voices of Reason-style?

My own PhD dissertation, written in pre-historic 1956, explored The Uses of Infidelity. Commentator Bill Moyers—playfully, I think—associated the word “infidelity” with things adulterous instead of with the religiously skeptical, and pictured me seeking a wider readership by advertising something sexy. One of the uses of infidelity that I observed back then was its employment by pious Americans who wanted to shock their fellow citizens by suggesting how evil the “infidel” alternatives to their true faith and pure tradition truly were. Bearing that in mind, we’ll be curious to see how ventures like Voices of Reason work out, without necessarily agreeing to listen to the “Evolution Chorus.” That sounds reason-able enough, doesn’t it?

- Gilson, Tom. “As You Listen to Christmas Carols, Think of the Atheist Choirs—All Three of Them.” The Stream. December 23, 2017.

Image: “Every Sperm Is Sacred” from Monty Python’s The Meaning of Life (Universal, 1983)