"Shocking" News on Worship and the Public

The focus of Sightings is on the “public,” as in “public religion,” a concept which often leads to discussion of “church and state” affairs or “religion and public life.” The “private religion” of the sanctuary and temple does not often make news 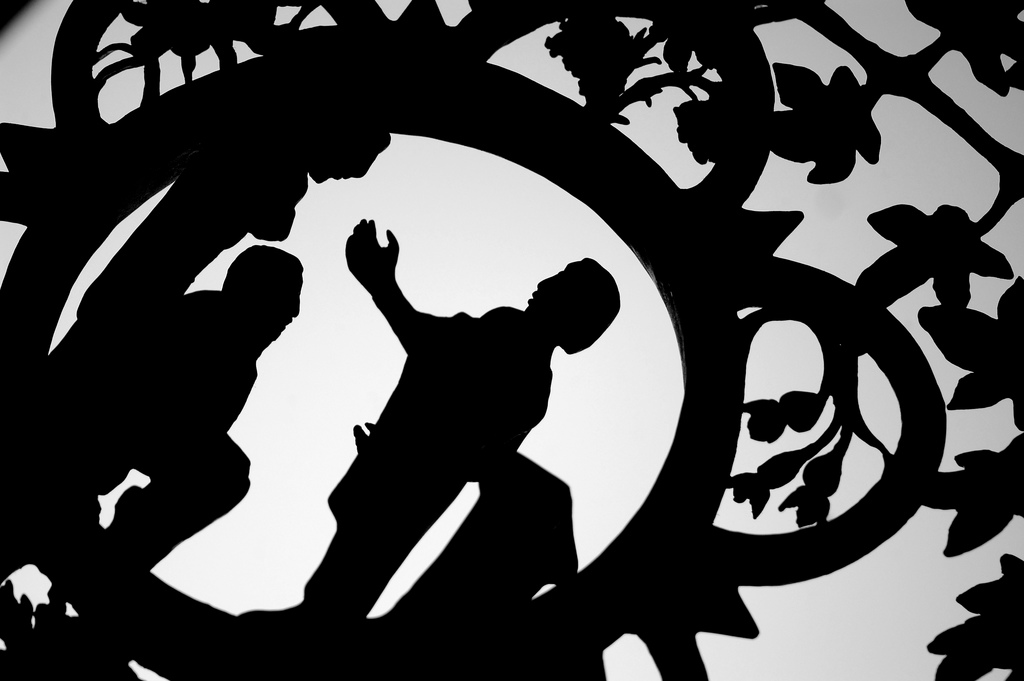 The focus of Sightings is on the “public,” as in “public religion,” a concept which often leads to discussion of “church and state” affairs or “religion and public life.” The “private religion” of the sanctuary and temple does not often make news. Yet we have to be ready for surprise, and we were prompted to be surprised, even shocked, by headlines like this one from last week: “Survey shocker: music dead last, sermons first, as worship draws.” It headed an article at Baptist News Global by Jeff Brumley, who was shocked—shocked!—as he presumed most of his readers, Baptist or non-Baptist, must have been. Instantly the subject of this “survey shocker” appeared in many articles on the internet.

Were we surprised? We don’t expect religion to make shocking news unless there are sex or financial scandals in the world of the church, synagogue, etc. Add to that theological controversies over the beginning of things (think of headlines about evolution) or the end of things (think apocalypse, be it nuclear or otherwise). Yet whoever consistently sights the religious scene knows that worship is a hotly contested phenomenon among those who “practice” religion, or who are “observant.”

“Public worship” is an at-least-weekly attraction for millions. So the Gallup Poll people wanted to learn what worshippers valued. Surveyors chopped up worship community activities into valuation of (1) sermon “content,” (2) sermons as “helpers” in ways of life, (3) spiritual programs for “children and teenagers,” (4) “community outreach and volunteer opportunities,” (5) dynamic leaders, (6) social activities, and finally (7) spiritual music, as in “choir, praise band, cantors,” etc.

No surprise about reactions to the surprise finding. Preachers Institute and its kin and kind shared Gallup’s story “Sermon Content Is What Appeals Most to Churchgoers.” Reddit Reformed was one of many other organs that cheered.

Some of our best friends are sermonizers and/or musicians, so we can picture a combination of responses. For instance, some will ask: Should we believe opinion polls? Is this one flawed? What bearing will findings like this have on church advertising, scheduling, education, and planning? How will they affect sermonizers and musicians who, more often than not, get along very well, and complement each other in divine service? (An aside: as the son and brother of sometime church musicians, and as a [weak] choral singer emeritus, plus a dweller in the courts of J. S. Bach and company as well as church jazz three times a year in our parish, I’ll never downgrade the role of music.)

This week, though, shouldn’t this news alert seminaries, institutes, workshoppers, theologians, and the like to take a fresh look at the potential of the preached word in the midst of the chaos of signals which bombard the public in our ever-noisier post-verbal culture? In the Christian sphere, at least, “faith comes by hearing, and hearing by the word of God” (Romans 10:17). I could say more, but that would be sermonizing, which, we learn, does not need as much help as do the production and enjoyment of music in “public worship.”

Do we end this column with an “Amen,” for here accenting sermons, or with an “Alleluia” for music? Perhaps both, along with praise for the other five elements measured by Gallup.

- Saad, Lydia. “Sermon Content Is What Appeals Most to Churchgoers.” Gallup. April 14, 2017. Reposted at Preachers Institute, Reddit Reformed, and elsewhere.

Photo Credit: Steve Snodgrass/Flickr via Compfight (cc)
Sightings is edited by Brett Colasacco, a PhD candidate in Religion, Literature, and Visual Culture at the University of Chicago Divinity School. Subscribe here to receive Sightings in your inbox twice a week. You can also follow us on Facebook and Twitter.