When President Trump called churches “essential” and demanded that states allow them to reopen despite concerns about spreading the coronavirus, he enlisted religious conservatives to provide moral support for his campaign to reopen the country. The president’s support among white evangelical Christians has remained very high, so those who do not approve of the president or do not support Republican policies might despair that no matter the cause, Trump seems able to summon a semblance of a “moral majority.” Democrats, and others, might oppose him as much as they can, but their objections can be seen as just politics, and therefore perhaps interested in no higher purpose than gaining control of the state for their own ends.

It might be objected that what those concerned about the chauvinism and authoritarianism of today’s religious right had better deny is its moral grounds and invest in secular traditions of ethics, truth, and mutuality. To this, I would ask how secularism might itself inhibit our understanding of political movements of the left both in the present and in history. We might find that secular liberalism also limits how we can understand other possibilities of transformative and liberatory politics.

Academic observers, such as L. Benjamin Rolsky, have noted that the impact of the left on the American religious landscape has diminished significantly over time. In this, Elizabeth Bruenig, a New York Times columnist, lamented recently on Twitter that “there’s no meaningfully religious left, as i’ve written—there’s never going to be one.” However, Bruenig herself wrote a column just last year titled “Talk of a Rising Religious Left is Unfounded. It Already Exists.”

Here I would suggest an observer as astute as Bruenig is not really contradicting herself. A bloc, or blocs, of religious people who want to make society more just and equal are both present and absent in political life in the US. The confusion stems from the commitment to normative and epistemological secularism—the attempt to exclude religion from politics—on the part of Americans, and especially the center and left of the political spectrum. Despite appearances, the right does not have an effective monopoly on religious discourse. There exists a politics that seeks to help and empower dispossessed people, and there are some high-profile recent examples. It is just that secular conceptions of politics obscure how this politics works and why it is significant.

In 2017, the MacArthur Foundation awarded its grant to Rami Nashashibi (AM’98, PhD’11), founder of the Inner-City Muslim Action Network. IMAN works to combat food insecurity on the South Side of Chicago, among other places, through supporting food providers. They also appeal to shared religious commitments, traditions, and histories to connect and reconcile black and non-black providers and consumers. The group also provides transitional housing and job training to formerly incarcerated people.

However, IMAN is more than just a standard philanthropic community organization, many of which are reluctant to engage in political activities for fear of alienating wealthy donors. IMAN also advocates for criminal-justice reform and for civilian police accountability in Chicago, both controversial stances in Chicago and more broadly.

IMAN might not catch the eye of someone looking for a religious left because of how the domain of the political is distinguished from the religious in ways that are paradigmatic to Christianity and to secularism’s growth out of Christianity. Moreover, those supportive of IMAN might be loath to present it as “political Islam” because of the way that that term has been imagined as the enemy of secularism. Moreover, to follow Wendy Brown and other thinkers, Muslims, like other religious minorities are often “tolerated” to the extent that their commitments are seen as apolitical. Secularism often intensifies scrutiny and distrust of religious minorities, but it does not only distort the intelligibility of the religiopolitical projects of religious minorities in the US, but also Christians.

Liz Theoharis and William J. Barber II, both Christian clergy, have led the Poor People’s Campaign since 2018. The campaign demands universal single-payer health care, an end to anti-union laws and policies, a right to housing, and a living wage. Barber and Theoharis are directly invoking the Poor People’s Campaign of the 1960s led by Martin Luther King Jr. and the Southern Christian Leadership Conference. Both the Moral Budget of today’s campaign and the Freedom Budget authored by King, A. Philip Randolph, and Bayard Rustin make a clear demand to transform economic life through the democratic political process.

Religion as committed to morality as to liberation is a project today’s Poor People’s Campaign is fighting to restore; however, secular memory and political liberalism have distorted the example of the original. In the secular public education system, and in liberal media and consumer culture, King is remembered primarily as someone concerned with anti-racism as a matter of individual moral judgment. In such a formulation, someone might be as passionately committed to non-prejudice in their individual conscience as to King’s liberatory politics, the twentieth-century welfare state, or today’s woke neoliberalism as a vision of collective politics. The one position might seem to have nothing to do with the other. This separation is convenient for pragmatic politicians who want credit as radicals of the heart. However, particularly in his later years, King saw material justice as the necessary good works that validated anti-racist faith. Coupled with the fact that King is remembered mostly for fighting Jim Crow—policies so oppressive they have no significant defenders in the US today—secularism has rendered King an almost apolitical figure.

In the secular norms that govern much coverage of religion in US media, religion is understood to have to do with morality, and certainly this view is encouraged by the right. Of course, ethical traditions proliferate in religious histories and inform religious life in manifold ways; however, someone does not need to share exactly the same ideas of morality, conscience, and belief at the core of IMAN and the Poor People’s Campaign to be a fellow traveler. In the past, Muslims, Christians, people of other religious traditions, and Marxist atheists joined movements for civil rights and political and economic justice. In the modern US, as elsewhere, religious movements shape the consciences and worldviews of people beyond and between their confessional lines.

It is clear that the challenges of the present moment—from pandemics, to structural injustice, to climate change—calls for such expansive political thinking. These challenges are beyond the sphere where individual conscientiousness, domesticated philanthropy, and transactional politics can do much help to those who need it most. 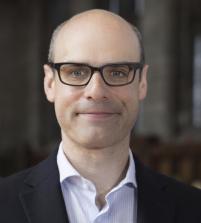 Author, Timothy Gutmann (PhD '19) is a scholar of religion, politics, and knowledge-production who focuses mainly on Islam and East Asia. His book-project, titled Demands of Progress: Educational Modernity and Islamic and Confucian Thought focuses on the modern idea of universal schooling in comparative perspective.

See All Articles by Timothy Gutmann