C. S. Lewis has a line somewhere praising how church forces one to kneel next to someone—the butcher, perhaps—whom one doesn’t like. I’ve loved that line for as long as I can remember. It captures something so important about what church might be: a place where those who have nothing in common come together, side by side. Ideally, church gathers a differentiated and antagonistic sociality, and serves as a training ground for human social life as such, since we have to live together even though we don’t always want to.

When I went looking for the precise quote, I couldn’t find it. The closest equivalent I came across was a line from The Screwtape Letters. In letter 10, Screwtape describes how Wormwood can seduce his target away from embarrassment at the contrast between his Saturday night (spent with empty sophisticates) and his Sunday morning (spent in church) by encouraging self-congratulation about his difference from the people around him, including the grocer he kneels next to. If this is indeed the line I’ve treasured for so long, it appears that what I registered as a primary value of church—the necessary encounter with antagonistic difference—was, per Lewis, the subtle temptation of treachery.

I didn’t find the value of togetherness with nothing in common sustained in church, however—instead, I found it on the dancefloor. A few years ago, well into adulthood, I learned to dance. To dance, and to dance well, requires giving up self-consciousness and taking oneself off the sidelines, no longer hoping that the world will come and make a place for one. Instead, one focuses on the beat and on the movement of those around oneself, narrowing consciousness away from the external and instead (forgive the utter cliché) letting the beat control one’s body. With time, one learns that contributing to the dance floor is a matter of bringing one’s own specificity to it, letting the body move with others’ bodies in nonidentical yet interactive ways. The best dance floors are made up of contributions that are often vastly different, ranging from unapologetic inhabitation of the bodily unusual (height, speed, or the like) to decorative enhancement with colors, shapes, and fantastic clothing, to the mere contribution of steady, reliable bodily movement. But to participate fully in the best dance floors also requires askesis, as the DJ Eris Drew points out: a discipline that is willing to wait, to keep going in exhausted, depleted states. It is an askesis that knows that its greatest pleasures come only with the participation of others who might want not want the same things from the encounter.

The rave is a mercy. When the rave takes over and unites the dancers, there’s a sensation of a world that is more than enough—the generosity at the heart of a universe where everything comes from nothing, and everything returns to nothing—without denial or escape from the mercilessness of bodily vulnerability and limitation. The rave is what it feels like to be alive. The movement of raving is irreducibly individual, dependent on the configuration of each body even as it weaves bodies together into a fast-moving singularity of the many, registering even very ‘small’ contributions—a moving hand, a nodding head.

The rave, at its best, is the most fun it’s possible for a human body to have. (Other things may be as fun, but it is not possible to have more fun than the rave at its best—hopefully that’s the most controversial statement in this short reflection). But ravers cannot sustain a dancefloor by ourselves. Like any subculture, raving depends on seducing ‘newbies’ and ‘tourists’ into showing up, staying, or getting up for those precious hours after 4am. As in any nightlife ecology, only a minority of participants will be in it for the long term. My fun depends on the presence of people who are there for very different reasons than I am, even on the presence of people who are the enemies of my fun (it is, after all, alcohol sales that pay the rent for nightlife venues, and drunk people are notoriously irreverent about personal space). The best hours of the dancefloor can’t be forced, though they can be elicited by steady movement and hindered or even destroyed by cellphones. While I am there to dance, others might just be looking for a good night out, or to catch up with friends, or to see who else is there. Sometimes, they’re there to film other people dancing. What they want often gets in the way of what I want; but what I want can’t be had without it, and them.

Using the present tense feels strange, almost 14 months into the pandemic in which dancing was the first to go and will be the last to return. I’ve seen incessant derogatory comments about people unwilling to make the supposedly negligible sacrifices of social distancing: what of value could possibly be lost by introducing these measures on a permanent basis?

Here’s one answer: the experience of bodily intimacy with strangers and the ethics that go with that, which are the ethics of interdependent bodily life as such. In a year that, at least in the United States, has been dominated by the constant sense that someone, somewhere, is trying to kill us, whether by stealing our fun or by recklessly behaving in a way we don’t approve of, the significance of this loss would be hard to overestimate. Living in a way that treats every strange body as a potential vector of illness is neither sustainable nor desirable. Social distancing has been absolutely necessary (only necessary, never good), but social distancing is also an enemy of some of the most important experiences in life: encounters with an otherness that may be antagonistic, but is also full of possibility. The ethics of such encounters require not only strangeness, but also the possibility of estrangement.

The dancefloor can feel like magic; when it does, it is a condensation or intensification of what our political animalities can do, collectively. Its fragility also reflects how difficult bodied sociality, and bodied (mortal) life, are. But to hate that difficulty is to hate life itself. If C. S. Lewis is right that the seriousness of Sunday morning must trump lightness, I choose Saturday night. It is the only way for us to learn to live together, once more. 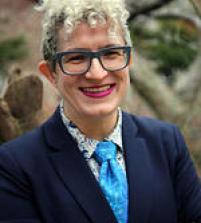 Author, Linn Marie Tonstad, is associate professor of theology, religion, and sexuality at Yale Divinity School. She is currently completing her third book, tentatively titled The Impossible Other: Theology, Queer Studies, and the Politics of Human Redemption. Her next project will be about the dance floor.

See All Articles by Linn Tonstad