The Sandman and Decolonializing Hope

The critically acclaimed Netflix show The Sandman addresses the transformational power of hope and imagination.

The critically acclaimed Netflix show The Sandman (2022), based on the Neil Gaiman graphic novel of the same name, follows the god of dreams (Dream, a.k.a. Morpheus) in his struggle to maintain harmony in the waking world. In the episode “A Hope in Hell,” Dream challenges Lucifer Morningstar (known in Christianity as Satan) to a battle of wits in an effort to reacquire his stolen helmet from one of the Lucifer’s minions. Dream’s loss of his helmet is causing all sorts of mayhem on Earth yet, unsurprisingly, Hell is unconcerned about this turn of events. The battle requires each combatant to conjure up and embody an idea or entity that overwhelms the opponent in the cosmic stage; for example, when Dream says “I am a world” (meaning planet), the Ruler of Hell counters with “I am a nova, planet-killer.” This game of conversational one-upmanship also has physical consequences, as each exchange increasingly injures the combatants. In the last melee round, when Lucifer embodies “anti-life” (that is, “the dark at the end of everything”) and Dream stands at the edge of defeat (and death), he wins by saying “I am hope.” As Lucifer grows despondent, Dream asks “What is it that kills hope?” Caught between hopefulness and hopelessness, Lucifer immediately accepts defeat. Indeed, as soon as Dream utters “hope,” Hell is bathed in light. The battle is over with one word. But is it that straightforward, that neat, in reality? Does the picture of hope offered in The Sandman conform to the actual practice of hope in colonized nations? Is hope stronger than “the dark at the end of everything”?

The transformational power of hope has been studied extensively in contemporary Western Christian theology. One example is German liberationist Jürgen Moltmann and the lasting impact of his book Theology of Hope. For Moltmann, hope drives faith and life – Christianity is essentially eschatological because all of history is driven by the promise revealed by the cross and the resurrection. Since that book’s publication, other theologians have added nuance to Moltmann’s insights. A noteworthy example is Brazilian liberation theologian Rubem Alves’s A Theology of Human Hope, which contextualizes, indeed weaponizes, Moltmannian hope in service of his humanistic and political emancipatory agenda. Both of these figures serve as background for Puerto Rican practical theologian Yara González-Justiniano’s recent work Centering Hope as a Sustainable Decolonial Practice, which develops the decolonizing agency of hope through the qualitative study of ecclesial practices on her colonized country of origin.

Hope for González-Justiniano has to be sustainable (in Dream’s terms, unkillable), that is, “hope that can maintain the truths of people’s social context and their trust in the Divine.” In other words, hope has to negotiate particular intersectionalities and Christian-universal norms like justice and a full life. Without context, hope is empty; without norms, hope is blind. In addition, sustainable hope “needs to be accompanied by ecclesial practices that foster [human] flourishing in hopes of a fruitful future.” Sustainable hope is not a dogmatic or conceptual exercise but embodied in praxis because, as she writes, it starts from the perspective of the oppressed, engages and transforms the imagination, emphasizes solidarity, and is multiplied by the collaborative, collective work of faith communities.

Imagination is the most relevant aspect of a decolonial(izing) hope. For González-Justiniano, imagination “is the engine that shows that there are other ways of organizing and being, although it does not always show us exactly what those ways would be or how to achieve them.” Imagination is both systematic and constructive, that is, structured and creatively chaotic. More importantly, though, imagination is about alternatives, seeing the world from one’s own authentic perspective and not the mythologies that rationalize dehumanization. Said otherwise, a sustainable and sustaining imagination decolonizes. By “decolonial,” González-Justiniano means counteracting coloniality, that is, the epistemological straight-jacket imposed by the twin hells of colonialism and modernity upon those colonized. In postcolonial contexts, coloniality remains even when empire has left – it resides in the minds and bodies of those colonized through their forms of thought and action. In colonial contexts like Puerto Rico, it can be even more insidious. The federal board that controls the island’s future was created by a law called the Puerto Rico Oversight, Management, and Economic Stability Act, that is, P.R.O.M.E.S.A. – promise in Spanish – in essence, by colonial hope.

Decolonizing is much more than a geopolitical imperative. Decolonizing is a paradigm shift in experiencing the world. And imagination plays a huge role as creative, subversive, and life-affirming. Is Dream’s imagined end-all be-all hope decolonial? On the surface, it might seem so because it corrects a specific injustice and serves as a tool for the possibility of transformative change. However, the reach of Dream’s hope is still limited and provisional – the material conditions of Hell do not change. To be fair, that would be quite the hope! Yet the reality is that no lasting transformation occurs within Hell or its hosts. Dream’s invocation of hope was bright but momentary, not like the long-term commitment that is needed to sustain authentic hope. It is not decolonial(izing) because it was not sustainable to begin with. However, in González-Justiniano’s context of Puerto Rico, Dream’s dream can be fulfilled.

Indeed is it even helpful to imagine decolonial(izing) hope truly occurring in the battle between Dream and Lucifer? On the one hand, to be truly decolonized the Ruler of Hell had to become hopeful, unfallen, saved. But that sort of transformation is not punctual but incremental. González-Justiniano emphasizes that it is long-term, collective work that multiplies sustainable hope. On the other hand, Hell’s truths can never be fully sustained by this kind of decolonial hope – being non-incremental, sustainable transformation entails a paradigm shift. According to Christian theology, demonic truths of oppression, despair, and suffering must be transformed into emancipation, creativity, and solidarity. In other words, decoloniality in Hell means a radical subversion of all that is evil, including a change in the context itself.

In the end, Dream’s and Lucifer’s (but also Puerto Rico’s) future remain uncertain, that is, neither straightforward nor neat. The fact is a decolonial(izing) hope that is not blind or empty yet imaginative still has to contend with unflappable truths, precarious contexts, and pragmatic conundrums. The only path forward is trust in a Divine Truth that overcomes any “darkness” that lies beyond human understanding, in the words of 1 Corinthians 13:13 (NIV) – “And now these three remain: faith, hope, and love. But the greatest of these is love.” 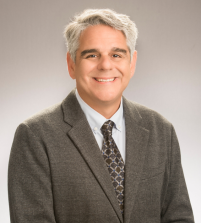 Héctor M. Varela Rios, PhD is Assistant Professor of Theology at Villanova University (Pennsylvania, USA). Dr. Varela Rios researches the intersection between theology and culture, specifically Latinx theology and popular religion with a focus on devotional material culture and its theological valences. His first book will explore decolonial Mariological insights through the personal and excessive devotional space between a Puerto Rican Morenita and her caretakers.