What if the Sioux Nation decided to build a pipeline through Arlington Cemetery? This question from Faith Spotted Eagle—who lacks a Ph.D 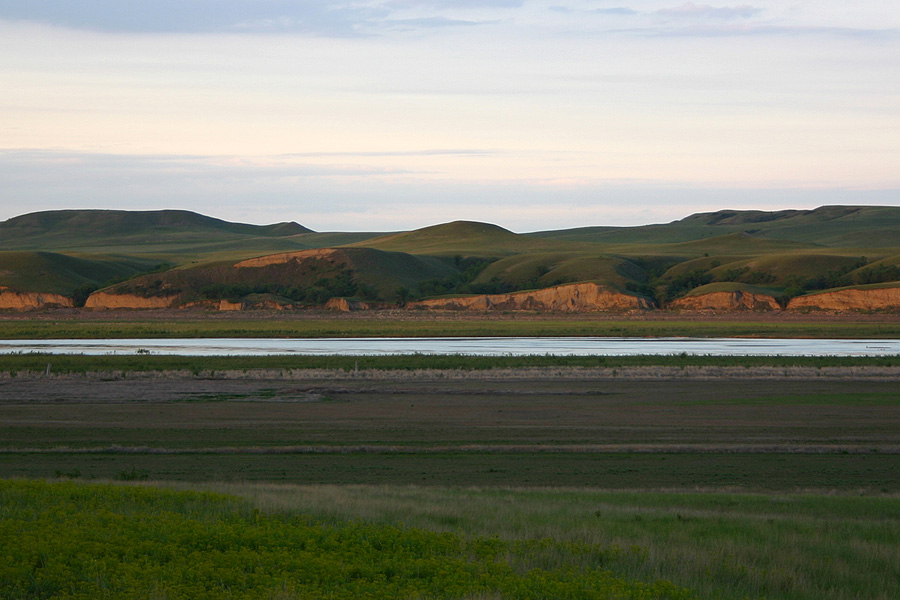 What if the Sioux Nation decided to build a pipeline through Arlington Cemetery? This question from Faith Spotted Eagle—who lacks a Ph.D. in comparative religion and who would never be employed to teach the phenomenology of burial ritual—got at the heart of at least one of the three main issues in the prolonged debate over the Dakota Access Pipeline project. Opposition to wealthy oil companies and their potential profits if and after the pipeline is completed would have been sufficient to attract the thousands who came to support Sioux protestors at Standing Rock. Meanwhile, environmentalists, who care and worry about what such a pipeline under the plains and river might do, have raised appropriate questions. But “grandmother”—a technical title among the Sioux for women like Spotted Eagle—really got at the heart of what animates the protesters and their sympathizers.

Why the comparison to a sacred place like Arlington Cemetery? Or the Tomb of the Unknown Soldier, or key monuments at Gettysburg? What makes this Sioux site sacred, inviolable in the eyes of those for whom this place in North Dakota has drawn so much national attention? The environmental concerns alone would have been ominous enough to agitate the Native Americans on the scene. But the Cannonball River, which flows nearby, and the complex of tributaries connected to the Missouri River, are not merely sources of water. No, Spotted Eagle has said, water is “the best medicine,” the sustainer of life from a mother’s womb until its issue, years later, breathes no longer. Water is necessary for the sweat lodge, so important in Sioux worship, and it serves as a purifier and calmer in sacred ceremonies. And much more.

Spotted Eagle spoke to interviewers about women gathered on the river’s bank to sing stories: “One hundred years from now, somebody’s going to go down along the Cannonball River and they’re going to hear those stories.” (See Ravitz under Resources below.) What motivates her and her fellow worshippers, above all, is concern that the pipeline will profane the burial sites over and around and through which it will flow. All of the governmental action is thus, in the eyes of the Native Americans, a profanation.

Sightings spends so many lines on this one out of many contested revered sites in the “flyover country” of the Great Plains—my homeland—in the interest of giving attention to the rites of some of the peoples who have been plundered, exploited, silenced, and murdered for more than 500 years by us newcomers, who now make the rules, establish the rituals, and bring the edicts and the guns to enforce them. Weekly, if not daily, we hear and read of the ins and outs, the ups and downs, of this most recent conflict. We observe how readily disdained the protesters are. But we are moved by the fact that leaders and sympathizers of many religious bodies, including Jews and Muslims, Catholics at the highest level, mainline Protestants, and some Evangelicals, have publicly sided with the Sioux.

Many of them know that there are other sides (and undersides) to conflicts like this one. They know how complex are the valid economic issues on the opposing sides of such ventures. Even some close-to-the-scene Native Americans are concerned about the potential economic loss, should the Native Americans win. (They won’t.) Sympathetic religious leaders are urging that the spiritual concerns and the human rights of the protesters be respected in the face of often brutal economic and political forces and realities. And the Standing Rock Sioux, by their witness, are teaching the nation that “the sacred” takes many forms and deserves to be handled with care, and with awe, even in our profane days and ways.

- Erasmus. “Standing Rock is a new turn in Christian ties with native Americans.” The Economist. November 27, 2016.

- Ravitz, Jessica. “The sacred land at the center of the Dakota pipeline dispute.” CNN. November 1, 2016.