The Role of Religion in the Growth of Democracy in Germany

Over the next&nbsp;few weeks, Germany will celebrate the 25th&nbsp;anniversary of the peaceful revolution that re-unified the nation’s western and eastern halves and transformed the former Soviet-bloc German Democratic Republic into a free and democratic society

Over the next few weeks, Germany will celebrate the 25th anniversary of the peaceful revolution that re-unified the nation’s western and eastern halves and transformed the former Soviet-bloc German Democratic Republic into a free and democratic society. What may remain underappreciated during these celebrations is the important role played by the Protestant churches, many of which inspired the courageous activism of the people and helped them fulfil their demands for self-determination. The East German churches proved to be fruitful ground for the growth of democracy. (To learn more about the churches’ contribution to the “Fall of the Wall,” see Sightings, July 7, 2014.)

Decades earlier, West Germany’s churches had played a similarly important role in securing public support for democracy. The US government, intent on democratizing the section of Germany that it occupied at the end of World War II, considered the churches to be moral and spiritual resources that could assist them in the process of “re-education.”

At that time, however, the link between Protestantism and democracy was not as self-evident as we might think today. The Swiss theologian Karl Barth described the initially uncooperative view of German Protestants. Three months after World War II, Barth travelled to West Germany; he reported that, even for theologians who had been part of the “Confessing Church,” the term “democracy” still had a negative connotation because it was associated with American democracy and occupation.

The United States' prescribed “re-education” of post-WW-II West Germany was a pedagogic program and a process of democratization. This approach was based on a form of psychiatric therapy used as a metaphor for the “therapeutic” treatment of Germany. During the mental health movement of the 1930s, a method had emerged that was based on a pact between the therapist and the patient to empower the healthy parts of the patient’s personality. The healthy parts were considered the “clear areas” of the personality. Richard Brickner, in his 1943 book Is Germany Incurable? made the link between this method of psychiatric therapy and a method that could cure Germany of National Socialism.

In the socio-scientific debates initiated and shaped by Brickner’s proposal, the idea of “clear areas” or “healthy parts” in which democracy could be empowered became a central component of Germany’s post-war treatment method. Re-education became the preferred approach to transform basic patterns of behaviour and conviction. Once one understands this, it becomes clear why religion and the churches were considered to be of central importance by the US.

A special branch for Education and Religious Affairs (ERA) was established within the American Office of Military Government of Germany (OMGUS) and tasked with promoting freedom of religion, preventing the re-emergence of National Socialism and militarism, and securing the churches’ cooperation. The work of the ERA was based on a grass-roots approach, starting with the “clear areas” theorized by Brickner. The basic conviction underlying this approach was the idea that democracy is a way of life rather than a government system. Democracy was understood as the spirit of humanity—a rather religious notion of democracy.

The ERA mostly focused on democratizing West German society by democratizing the structures of the Protestant churches. To achieve this, the ERA offered the churches consultation services by American experts to help them develop new pedagogic methods and teaching materials for the public schools, exchange programs for students and teachers, and the reintegration of German churches into international organizations such as the World Council of Churches. Interdenominational cooperation was encouraged as a means of overcoming national socialist isolation.

The churches participated in the process of re-education and democratization in two ways. First, they helped secure a stable commitment to democracy among West Germans by perpetuating Christian traditions and values, and second, they transformed spirituality by emphasizing the critical and eschatological content of the Christian message. The churches’ contributions helped create a sense that West Germany’s period of transformation was a positive phase rather than one of uncertainty.

Based on the success of Germany’s re-education after World War II and the significance of religion to that process, it becomes clear that the church is not necessarily a conservative power within a society, but that it can serve as a space for securing transitions towards freedom and democracy, ideals which continue to need the support of critical and public voices. 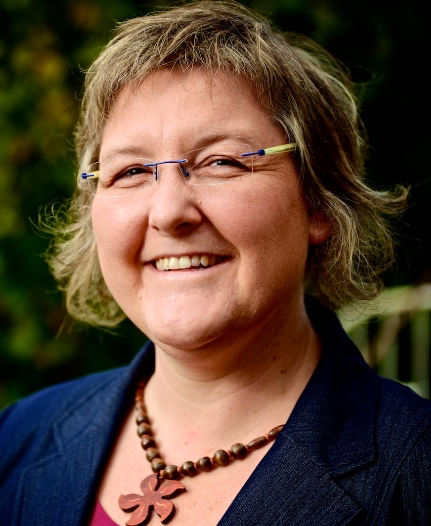 Author, Heike Springhart, (Ph.D. University of Heidelberg) is Lecturer for Systematic Theology at the Theological Faculty of Heidelberg and Dean of Theologisches Studienhaus. Her dissertation on the role of religion in the US’s reeducation program for post-war Germany won the Templeton Award for Theological Promise (2008). Her current research focuses on the theological aspects of dying, death and finitude. In 2013 and 2014 she was a visiting scholar in the Marty Center. http://heike.springhart.de/en.

See All Articles by Heike Springhart