Religion, Democracy, and the Infinite Work of "the West"

In response to the crisis in Ukraine, the "West" is reaffirming its sense of identity and purpose with a newfound passion and urgency.

As scholars of religion, we are often cautioned against using such empty bywords as “the West,” “Western,” or “Eastern” as representative of generic modes of thinking or being. No overarching traits may be isolated as defining “Eastern” religions or philosophy, not to speak of the sheer inner diversity of standpoints within South or East Asian civilizational complexes. The same holds true of the constructed monolith of “the West,” a convenient label for a cluster of societies with greater heterogeneity and exposure to the “East” than it would perhaps admit. Regrettably, scholarship across fields continues to employ these terms as if they denoted natural kinds. If anything, the current Ukrainian crisis has consolidated the belief in a unilateral West in tension with an amorphous rest. “The West” is indeed back. Not that it was ever gone. But, if the news media is anything to go by, it is reaffirming its sense of identity and purpose with a newfound passion and urgency. Suddenly democracy itself, that magical byword for the enduring legacy of the “West,” is under threat. And American news media have sounded the bugle for a recuperation and recalibration of Western ideals in the face of an authoritarian Eastern threat.

There was a time when an East-West bipolarity, with its attendant cultural connotations, could be proclaimed without shame, in discerning a geographically civilized sphere of existence from a still civilizing one: religious, superstitious, mystical, underdeveloped, on its long march to the gates of civilization. While global geography isn't quite value laden the same way anymore, at least in the public sphere, the political work done by such bipolarity bears as much (if not more) weight than ever before. No recent event, not the simmering cold war with China, nor conflicts in the Middle East, not even 9/11, has galvanized such a discourse of a unified West in tension with “non-Western” powers. And the East-West divide is being used to do a double work: furnishing a sense of “Western” identity and self-worth in a world increasingly weary of such East-West bipolarity and, further, forwarding the geopolitical aims of “Western” nations under the discourse of a battle for democracy and freedom.

To be sure, Russia occupies a liminal space in the Western imagination. A country half in Europe, half Asia. Half white, half home to central Asian people. Half communist, half Christian. It symbolized the East within the Christian West (the double ambiguity of the Orthodox “East”) geographically, religiously, and symbolically. And Ukraine has come to concentrate this liminality of the West’s geopolitical boundaries, its very sense of self. Middle Eastern and north African nations, for instance, have complained how their refugees never received the same welcome in Europe as Ukrainians. And European media spokesmen have been caught, somewhat embarrassingly, affirming tropes of white or Western exceptionalism, as they worry that Europe is not the Middle East and such violence is impermissible in its own backyard. Overall the West’s response seems like a version of the Monroe doctrine—while violence may be acceptable (even necessary!) elsewhere in the world, no guns may ever point towards Europe or the Western hemisphere. Russia broke that accord. It is another matter that this tension is reinscribed as a battle for democracy. Power always masks its ideology in other words.

Recent coverage of the Ukrainian crisis in America is symptomatic of this anxious soul-searching. Assessing America's moral role in the current conflict, David Brooks rues the decline of “universal” Western values of freedom, equality, and human rights as globalization shrinks in the face of isolationist policies. Contradictorily, globalization is both the “integration of worldviews, products, ideas and culture” and the idea that “as nations developed, they would become more like us in the West—the ones who had already modernized.” Enough said. Unfortunately for Brooks, the world is not converging any more (read “becoming more like the West”). Likewise, Bret Stephens laments that the United States once believed in human progress, rule of law, and human rights. Its literature and music “spoke to the universal human soul” and even “when we fought wars, it was for grand moral purposes, not avaricious aims” (Stephens goes on to cite the Vietnam War!). It isn’t that the authors are oblivious to the problematics of such rhetoric. But a nostalgia and an optimism drive their vision of a better, more humane world; nostalgia for a clear moral order (before the era of liberal moral ambiguity and self-flagellation) and optimism for a return of self-evident “universal” values as the West continues its grand, if halted, project of universalizing and installing democratic, secular or liberal values across the dark regions of the world.

Here, as elsewhere, the “West” is a much more subtle and complex notion than a naive thesis of civilizational difference (as in Samuel Huntington). Rather it acts as a floating signifier, often used interchangeably with science, liberalism, and democracy. That each of these has multiple origins and genealogies across the world doesn't quite fit the rhetoric of Western emancipation and its sense of self-worth.

One hardly thinks of religion as a Western export. This isn't accidental, as a central function of the signifier “West” is to mask its own religiosity—ascribing it to a religiously rabid Middle East, as it did to a more diffused mystical East—even as it deals in the currency of modernization, secularism and scientific progress. This inner tension and eventual polarization perhaps founds the externalized bipolarity of East and West in the first place. Sometimes a Christian West (or Judaeo-Christian or Greco-Christian), at other times a secular West, Western identity really rests somewhere in between this double signification, this dubious (literally, "of two minds") relation with religion.

Other nations must choose sides in this game of religious-secular hide and seek; of a universal moral order without religion (secularism/democracy/liberalism) on one hand and religion as the true source of morality and universal humanism (Christianity/orthodoxy/fundamentalism) on the other. This isn’t new. But the present crisis demands that every nation align itself in the waging global battle against democracy and freedom, standing up against the evil empire. You must be with the West under a global coalition or against it, thus explaining the threat of sanctions against countries that are not sanctioning or otherwise morally reprimanding Russia. Any effort to question such a program, such as a strategy of non-alignment—a political and ethical imperative rooted in the non-aligned movement that has a long history in the nations of the global south—is finally what is most irksome to the West. For it weakens the geopolitics of East-West bipolarity, and thwarts the infinite work of “the West” universalizing its own predicaments. 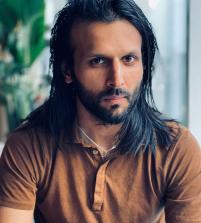 Dhruv Raj Nagar is a PhD candidate in Philosophy of Religions at the University of Chicago Divinity School. His research focuses on traditions of Indian philosophy and praxis, postcolonial theory, and bringing diverse traditions of philosophy into conversation. He has previously taught philosophy, South Asian religions, and Sanskrit in India and the United States.