Is Reconciliation Possible in our Religiously Polarized Moment?

In April 1940 the Dutch Protestant ecumenist Willem Visser‘t Hooft sent a sober memorandum, “The Ecumenical Church and the International Situation,” to European and American colleagues. A “new ideological battle” was unfolding across the western world, he warned: a “war behind the war,” waged by proponents of the “new religions” of ethno-nationalism and fascism. Whenever the European war ended, “the real difficulty will be to find any basis for collaboration between peoples who no longer share any common standards, and who no longer speak the same spiritual language.”

These “new religions” had flourished throughout Europe after the First World War. Nationalistic and antisemitic, they laid the foundation for widespread popular collaboration with the Nazi genocide of the Jews in occupied countries after 1939.  Ecumenists like Visser’t Hooft viewed these groups as “secularized,” politicized distortions of Christianity—driven by “the religion of nationalism and a new mysticism of the State,” as his Swiss colleague Adolf Keller wrote in 1933.

Many adherents of these movements, however, were members of Catholic, Protestant, or Orthodox churches. They claimed to be the true Christians, defending “traditional” Christianity against the perceived threats of liberalism, modernity and internationalism, usually embodied in their rhetoric by “the Jews.” The “German Christian” movement in Nazi Germany is the best-known case. Internationally renowned theologians supported the nazification of German Protestantism, with New Testament scholar Gerhard Kittel describing National Socialism as “an ethno-nationalist renewal movement on a Christian, moral foundation.”

They had kindred spirits in the United States. There was a revival of the Ku Klux Klan during the 1920s, and the number of Christian right-wing groups surged after 1933. During the 1930s the Nazi regime even sent its Christian supporters on speaking tours to American churches. While Christian nationalism was surging in interwar Europe, American Protestantism was in the throes of the fundamentalism wars, the Scopes trial, and the Temperance movement. And on both sides of the Atlantic, progressive religious movements arose to combat them, including liberal Protestant ecumenism and the emerging interfaith movement.

The “war behind the war” was within western Christianity itself, and in many respects today’s culture wars in the United States are simply the continuation of that fight. One century later, the interplay between religion, ideology, and nationalism remains very much the same. Then as now, religion was not the sole cause of political divisions, but it was a significant marker of the fault lines.

Visser’t Hooft advocated a return to a centrist, mainstream Protestantism and the repudiation of politicized and nationalistic versions of Christianity. He could not foresee the full measure of horrors to come or how the war would end. Focused on the internal divisions in western Christianity, he could not know that one of the most important developments after 1945 would be the churches’ acknowledgement of their complicity in the Holocaust and a new dialogue between Christians and Jews.

Nor could he foresee that the repair of postwar Europe would occur not through internal Christian reconciliation or some kind of theological consensus, but in the larger context of rebuilding cities and countries and political systems. At its best, that process included the self-critical acknowledgment by European church leaders of their failures between 1933 and 1945. All this led to a recalibrated relationship between religion, nation, and civil society that pulled the very different religious factions and churches beyond their divisions and toward stability and common purpose. The fabric of that common ground has been tested often in the years since then but never more so than today, when our religious landscape resembles that of the 1920s and 1930s in frightening ways.

In many ways, we American Christians are simply a century farther along in an argument that goes very far back. It’s an argument that confronts all religious traditions, not just Christianity: what is the place and role of “religion” in civil society, especially with regard to political and national power?  What rights and privileges does a majority religion enjoy in terms of law and policy? Even within a single tradition like Christianity, there are deep divisions about these issues; in a pluralistic world they are even more contentious.

But the history of western Christianity, especially its failures during the first half of the twentieth century, offers two key lessons. The first is that the deadliest failures of Christianity (like the Inquisition, the Crusades, and the complicity of Christian churches with National Socialism and the Holocaust) derive from the fatal alliance of faith and political power. Christian leaders may hope that such alliances protect the Church, but the history of fascism in particular illustrates the tragedy of this choice. Far from ensuring the place of the Church, such alliances destroy its integrity and witness. Writing from prison in 1944, theologian Dietrich Bonhoeffer recognized the profound failure of German Protestantism: “Our church, which has been fighting during these years only for its self-preservation, as if that were an end in itself…has become incapable of bringing the word of reconciliation and redemption to humankind and the world.”[1]

The second lesson is that the foundation for recovering “common standards” and the “same spiritual language” has to be a civic process, not a religious one. It is a process of repair, not the victory of one faction or the other. What emerges, in fits and starts, are the new understandings of human and civil rights and economic justice that have defined human progress for centuries. There are many issues on which Jews, Muslims, Sikhs, Catholics, mainline Protestants, evangelicals, the Black Churches, and the nonreligious (just to name a few communities in the U.S. religious demographic) will not find religious or cultural consensus. Civic reconciliation ensures that they enjoy equal status as citizens to bring their perspectives into the public square.

As European church leaders also discovered after 1945, civic reconciliation must begin with the clear repudiation of religiously-driven nationalism and hate. The wreckage of such divisions was where the European churches had to re-begin in 1945. Their experience has lessons for us today.

[1] “Thoughts on the Day of Baptism of Dietrich Wilhelm Rüdiger Bethge, end of May 1944,” in Dietrich Bonhoeffer Works. Vol. 8: Letters and Papers from Prison (Minneapolis: Fortress Press, 2010), 389. 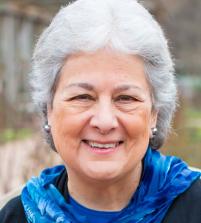 Author, Victoria J. Barnett, served as the Director of the Programs on Ethics, Religion, and the Holocaust at the United States Holocaust Memorial Museum. as well as General Editor of the Dietrich Bonhoeffer Works English Edition. Her books include Bystanders: Conscience and Complicity during the Holocaust and For the Soul of the People: Protestant Protest against Hitler. She is currently writing a book about early twentieth century religious culture wars on the international stage.