Ramadan in a Changing World

Observing the fast with traditions old and new

The moon of the fast has come—a blessing!
May the path be kind, fellow-traveler of the fast!
I climbed up to the roof to see the moon;
My longing soul was hungering for the fast.

When the Sufi master Jalal al-din Rumi—a figure as popular today for textual study and ritual devotion as for a purported source of inspirational Instagram posts—wrote this poem celebrating the start of the holy month of Ramadan in the 13th century, the slim crescent of the new moon was sighted on the horizon by the naked eye. As Ramadan 2021 (or 1442, by the Islamic or hijri calendar) began on Monday, however, more options were available, contributing to some debate over when the holy month, whose dates shift each year because of the lunar calendar, could be said to “officially” start. Should one rely on the naked eye, a telescope, astronomical calculations, a smartphone? Competing announcements are a feature of Ramadan (also Ramazan or Ramzan, according to pronunciation variations in different languages) every year, with local weather conditions, rival authorities, and sighting methods making for slightly variable starting times earlier this week.

Once Ramadan is underway, the focus shifts to the spiritual practices, both individual and communal, of ritual fasting, prayer, scriptural recitation and contemplation, and charity. Islamic tradition holds that the prophet Muhammad received the first revelations of the Qur’an from the angel Gabriel during the month of Ramadan about 1400 years ago—specifically, during what is known as the “night of power” or layla al-qadr, which falls towards the end of the month. The first divine command to Muhammad is to “recite!” as recorded in Qur’an 96:1 (sura al-’alaq), and so for many Muslims Ramadan presents an especially meaningful opportunity for memorization and recitation of the Qur’an. Like the sighting of the new moon, the experiences of prayer and fasting during Ramadan have continued to provide poetic inspiration in the contemporary American context. Kazim Ali writes in his piece “Ramadan” (2008) that

The secret night could already be over,
you will have to listen very carefully—
You are never going to know which night’s mouth is sacredly reciting
and which night’s recitation is secretly mere wind—

Safia Elhillo describes the effects of fasting on her senses in her 2017 piece “Now More Than Ever”: “I fast during Ramadan and by its midpoint I feel charged, sharper. I feel witchy (is this blasphemous?) and clear. I don’t know that pure is the word, really — just that I feel sinewy, catlike. Everything in my body is a set of eyes. Every feeling is a scream, a revelation.”

Abstaining from food, drink (including water), smoking, and sexual activity during the hours between sunrise and sunset is the most well-known feature of Ramadan, although plenty of exceptions are allowed on a case-by-case basis: children are not required to fast, for instance, and neither are people who are sick, pregnant, or traveling. In many Muslim countries, schools, businesses, and government offices will reduce daily hours. The Ramadan day is structured by the two main meals of suhur, consumed right before the fast begins at sunrise, and iftar, breaking the fast, usually done with dates and water after timing sunset to the minute (if Ramadan falls during the summer and you happen to live where the sun never sets, you can follow the timing of Mecca or the nearest Muslim country). Zoom iftars represented an important part of Muslim community life during the pandemic, and will for many continue to take place over screens.

Compared to the lockdowns of last year, Ramadan in 2021 presents more opportunities for a “normal” communal experience, albeit one still marked by the exigencies of public health measures: wearing face masks, limiting in-person gatherings, and increasing space between worshippers at mosques. While mosques were, for the most part, closed along with other spaces of worship for the duration of local “stay-at-home” orders last year (videos of a strikingly amended call to prayer in Kuwait went viral on social media, with the usual “come to prayer” changed to “pray in your homes”), the increased re-opening of public life in combination with the fatigue of social isolation has brought new challenges. The question of whether Friday congregational prayers remain valid if done virtually or livestreamed remains contested (although Muslim women have pointed out that this practice has already frequently been their experience in gender-segregated spaces), with a similar issue facing tarawih (additional nightly prayer) during Ramadan. This year, Muslim communities have also had to contend with vaccine hesitancy, with concerns raised that receiving the covid vaccine during daylight hours might invalidate one’s fast or, for that matter, not be halal (permissible for consumption) to begin with. The vast majority of Islamic bodies of authority have deemed the vaccine not only permissible, but a moral responsibility to ensure community safety. For Muslims planning ahead to a hajj (pilgrimage to Mecca) this year, Saudi Arabia has restricted access to the sacred precincts of Mecca and Medina to pilgrims who can show proof of vaccination.

Fortunately, some Ramadan traditions both old and new remain available while practicing social distancing. For the past few years, Netflix has been making Ramadan TV soaps and serial dramas available on its streaming platform; Apple has curated multiple apps for the holy month; and for text or WhatsApp threads with family and friends, there are plenty of Ramadan-themed gifs and memes as spicy as the pakoras at iftar. 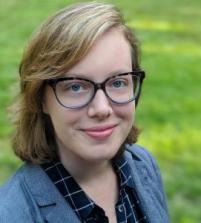 Author, Francesca Chubb-Confer (PhD '20), is a Teaching Fellow in the Divinity School and the College. Her research focuses on Sufi literature, modernist Islamic reform, and Islam in South Asia.

See All Articles by Francesca Chubb-Confer