In the latter half of the 20th century, conservative evangelical churches flourished by providing a safe harbor for white Americans who wanted to be counted as Christian while avoiding challenges that mainline leaders insisted must be faced.

Did evangelical churches really grow because they made demands on the faithful, while ecumenical churches declined because they offered few challenges? This understanding of what happened to American Protestantism since the 1960s remains popular, a half-century after it was developed by Dean M. Kelley in Why Conservative Churches are Growing. Not only is this common understanding false, in fact, the opposite is true.

Conservative evangelical churches flourished in the second half of the twentieth century by providing a safe harbor for white Americans who wanted to be counted as Christian while avoiding a challenge that mainline leaders insisted must be faced: how to live a Christian life in a racially diverse society and a scientifically informed culture. As I argue in my recent book, Christianity’s American Fate: How Religion Became more Conservative and Society More Secular, while Billy Graham and his kind were making Christianity simpler and more accessible, progressive ecumenical leaders were making it more demanding.

Officers of the Federal and National Councils of Churches, along with prominent preachers and faculty members at the mainline seminaries, and with the support of Church Women United, asked the faithful to renounce a series of ideas and practices that the leadership concluded were racist, sexist, imperialist, unscientific, and homophobic. This multi-decade campaign for a more cosmopolitan Protestantism built upon the Modernist and Social Gospel movements, but took definite shape in the 1940s. It was then that ecumenical leaders took a firm stand against Jim Crow, offered strong support for the United Nations, and took the lead in international ecumenical organizations like Church World Service and the World Council of Churches. Out of respect for non-Christian religions they largely renounced the practice of proselytizing and turned their foreign missionary projects into service projects. In later decades, the campaign opposed the Vietnam War, supported the African American Civil Rights Movement, and gradually prioritized the interests of women and the rights of same-sex couples.

In the meantime, what did Billy Graham and other evangelical leaders mean by “accepting Christ?” It turned out that it could mean remaining within the confines of the inherited culture depicted in Norman Rockwell’s Saturday Evening Post covers while simply promising to be better at it. To be better, that is, at living up to that culture’s self-image. Practicing the Golden Rule, being faithful to one’s spouse, eschewing pornography and same-sex intimacy, avoiding the abuse of alcohol and drugs, extending a helping hand to less well-off neighbors, praying on a daily basis, and supporting the essentials of the American economic and political order while its injustices were corrected by changes in the human heart were not necessarily signs of God’s grace. But these behaviors were expected of those who came to Graham’s altar.

That was enough for many evangelical church leaders. It was not enough for an ecumenical leadership determined to fashion a version of Christianity adequate to a demographically diverse, sexually and racially egalitarian, globally engaged and scientifically literate society welcoming to Jews and other non-Christians. The effort to fashion such a faith had several striking consequences.

For one, it frightened some church members into moving to evangelical churches, where these concerns were often described as “political,” rather than “religious,” as if the inherited ideas and practices under ecumenical pressure had been created in a political vacuum. But the decline in mainline membership numbers owed more to other consequences of the ecumenical campaign. Mainline churches experienced a sharp decline in birth rate as a result of their support for family planning and for women’s increased place in the workforce. The campaign’s alliance with secular progressive causes introduced many young people to opportunities outside the churches to pursue the values taught them by their Methodist and Episcopalian tutors; frustrated, then, by what these young people saw as the campaign’s slowness, they left the churches in droves. Moreover, the traditional recruitment of upwardly mobile Nazarenes, Adventists, and other evangelicals dropped off decisively when entrepreneurially savvy evangelical leaders, funded by conservative business interests, put evangelicalism on the public map as never before. No longer did one have to be mainline to be mainstream. One could be recognized as respectable Christian without responding to the demands the old “Protestant Establishment” pressed upon the faithful. In the meantime, evangelical families had more children and, by maintaining tightly bounded communities, kept most of them.

The campaign for a more cosmopolitan Protestantism abandoned to opportunistic evangelicals the idea of a Christian nation at home and the goal of conversion abroad. Progressive Christians accommodated perspectives on women and the family that reduced their capacity to reproduce themselves exactly at the moment in history that they espoused positions on race, empire, and divinity that scared some parishioners away and diminished the possibility of recruiting new ones from evangelical ranks. The ecumenical leaders risked their authority by encouraging secular alliances that enabled some of their young to conclude that the best features of the Christian tradition were more effectively advanced outside the churches than within them, producing a huge population of post-Protestants. The edifice of American Christianity’s hollowed-out remnant was easily occupied by enterprising evangelicals increasingly allied with anti-regulation corporate sponsors of the Republican Party.

The twenty-first century’s celebration of diversity, equity, and inclusion is more consistent with the programs ecumenical leaders advocated in the 1960s than those pursued by their evangelical rivals. Did the mainline leaders win the country while losing the church? Not quite. But this hyperbole contains an element of truth. We will miss the influence of ecumenical Protestantism on modern American life if we look for it only in the churches. 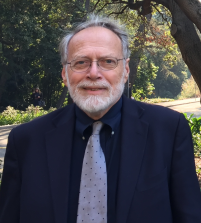 David A. Hollinger is Preston Hotchkis Professor of History Emeritus at the University of California, Berkeley. His recent books include After Cloven Tongues of Fire (2013), Protestants Abroad (2017), and When This Mask of Flesh is Broken (2019). He is an elected member of the American Philosophical Society and the American Academy of Arts and Sciences.

See All Articles by David A. Hollinger