A Professor of Religion in a Time of Pop Power

An academic reflects on her analysis of a boy band, their fans' reactions to it, and the hazards of professional expertise

“Do you have any joy in your life? I mean it. DO YOU?” My e-mail inbox is often discomfiting, but I have enough scar tissue to move quickly through the standard rants. Yet here I was, staring at a screen that is now prosthesis, blinking and disrupted. Do I?

It’s late September and I am awash in the university management of the novel coronavirus. This includes meetings about ventilation systems, the exaction of course evaluations, and the myth of research continuity. The question about joy seemed uncannily targeted, as if the author of the e-mail was an anthropomorphized web cookie speaking back to me from its research into my browsing history. It has happened. I am now a character in a Charlie Kaufman screenplay.

It would have been one thing if the e-mail were isolated, but it wasn’t; in less than 24 hours I had received 120 e-mails from BTS fans alighted by a quote I gave a reporter about their ARMY in a Variety article on the K-pop phenomenon. The passage that provoked their ire was this:

Lofton…says that the bond BTS has with its ARMY is different from the typical singer-fan connection because “BTS’ driving commitment is to their relationship to the fan group, to the manufacturing of their communal joy for you to participate in.” It’s why she views BTS as “a religious project; they are seeking to make a togetherness that you can’t stop wanting to be a part of.”

E-mail after e-mail to me transposed ‘religious project’ to ‘cult’ – so insistently that I checked the quotation to see if I misremembered what the article said. When I confirmed it was not my or the journalist’s wording, I did not feel annoyed at my correspondents, so much as frustrated in my pedagogical failure. The record of scholars speaking about insider religious feeling is mixed. I might have done more to anticipate the anxiety my very appearance—scholar, on the case—could create in the scene.

By the close of the week, I would receive 293 e-mails. The vast majority of correspondents yelled at me for thinking their love of BTS was problematic. “LOVE is not a CULT,” said another. “Who the hell are you?” asked quite a few. A consistent argument across the messages I received is that I should not weigh in on ARMY unless I am one of its members; unless I am a person of color; unless I am acting not as a scholar but as a fan.

I write about the interrelation of popular culture and religion, so I frequently receive inquiries from reporters about cultural phenomena like sweat lodge gurus, toilet air fresheners, or Kanye West’s church. Recent inquiries about jazz, NXIVM, and Burning Man led me to point to new books by Vaughn Booker, Megan Goodwin, and Amanda Lucia. The strong scholarship on religion and cultural life makes it easy to Rolodex any inquiry, and saves me from wandering into inexpert territories.

When journalist Rebecca Davis wrote to ask if I would speak with her about BTS for her article in Variety, I said yes because I had been observing the movement. The BTS disruption of a Trump rally in Oklahoma confirmed the political capacity of pop communalism, and I wanted to keep an eye on their work. I did what I do with things I am interested in intellectually: I set a Google alert; I regularly re-ran a secondary literature search; I thought about how I could incorporate the subject into an upcoming class so I can engage with students, generationally more proxy to the cool, about what they make of it. In the last ten years, I have done this low-level geek engagement with topics like Bronies, DJ Khaled, PewDiePie, Pokémon, Joanne the Scammer, and the Beyhive.

Here I want to pause. It would matter to my ARMY correspondents that nothing I have written so far in this essay suggests I have any admiring regard for BTS. I would add that neither does it follow I dislike them. Instead, I inhabit a perspective disciplined by the performance of distance. This performance includes indicating that I rely on scholarly bibliography and a research compass for subjects of adulatory attention rather than a first-person “but do I feel the beat?” response.

We live in a moment in which expertise might seem in receivership. Protest against expertise derives from thinking that distancing is itself a deception: the expert is always an ideologue, say those against climate change, those who are anti-vaxxers; whiteness and patriarchy determine the expert, say the activists in the streets. Expertise is that rare enemy who unites extreme ends of the political spectrum to question the source and reason of knowledge.

I am not a neutral party in this interrogative epoch. I seek to press the fields of history and religious studies—two terrains with which I am complicit—to recognize the ignorance of cosplaying authority. Trained by the historical critic Peter Novick, I think the work of the humanities is not to interpret subjects, but also to assess our—the interpreters'—handling of the case. I do not think there is data external to the person who produces it, to the method that adjudicates her meaning, or to the institutions that systematize the commendation and critique of both her and her position in the structures of le savoir-pouvoir.

How then did I find myself so taken aback by this epistolary assault, premised largely on a sense that “religion” is an insulting categorization? I could link myself in solidarity with a tradition of scholars like Paul Courtright, Wendy Doniger, or Sam Gill, each of whom experienced threats to their academic freedoms from religious insiders. This is not my impulse, not least of which because I do not have years of scholarly devotion to BTS preceding my commentary. More pertinent is my general sense that scholars should begin with the assumption that their gaze, forged in the institutions and epistemic legacies of colonialism, has the inherent potential to offend. This inaugurating supposition should produce a wakeful conscientiousness about the extent to which their interpretations include a desire for pugnacity, for triumph through the subject, for control that concludes in tenure.

BTS does not bring me joy. A feminist queer life could include BTS, but in my sustaining soundtrack, their music does not synchronize with my survival. This doesn’t stop me from seeking to study BTS. The history of religions is replete with white people who write about the African Methodist Episcopal Church and non-Hindus who study Hindus. We agree this is not just possible but imperative: interpretation is a common set of practices, not a prescribed identity. It does matter, though, if something in the tradition repels or attracts the interpreter. What we feel in reaction to subjects is relevant to analysis of the subject. Those reactions must be engaged and replied to, and such reckoning, in my experience, requires sodality as much as individual self-scrutiny. For me, that means tough-minded friends who read my and our work toward a progressive horizon forged through mutual criticism.

The critic who imagines she can distinguish her feelings from her analysis, or that her analytical attention subordinates her tastes, occupies a profound self-deception. Toppling this superintending confidence, rather than the work of analysis itself, should be a primary labor of our intellectual and political times.

I am not a fan of BTS, and my non-fandom is what is at stake in how ARMY reacted to me. I should not have stayed silent when asked about them. I should have thought better about how to think with their (appropriate) discomfort with categorization, and my discomfort with their product. The ARMY is as I described (‘seeking to make a togetherness’), but I should not congratulate myself for my insight, especially since I do not think their capitalized intimacies are ones that produce better ones for you or for me.

Explaining why I think that, and what intimacies I do think we should form, is more than can be done in a Sightings column or a Variety pull quote. We defend scholarly analysis because it commits to taking the pages and hours it needs to answer well the questions it poses. I mean to assert here that this work—the work of saying what is to be done in light of what we know deeply—is a critique in which I have skin in the game. Those are the only critiques scholars should wager.

But, please: don’t take my word for it. BTS is there for your engagement, your reading and consumption, listening and reply. “I don’t believe in God or religion,” one correspondent declared. “I believe in Kim Nam-joon.” The study of religion has a relationship to such claims; the study of religion has no purpose if it cannot speak with BTS, K-pop, and the global phenomenon of fandom. Accessing the social meaning of BTS and ARMY requires sitting deeply with their voices, and analyzing the medium of their power. If you want to hear how BTS understands their purpose, listen to their talk at the 2020 virtual commencement. If you are interested in how their fandom internally moderates opinion, see this article by Kimery Lynch, a student of Asian studies at the University of Hawaii. If you are interested in how BTS operates as Asian emissaries, see this piece about BTS in the time of COVID by my colleague Grace Kao and her collaborator Wonseok Lee. If you are interested in how an Episcopal observer of BTS, Rita Powell, thinks theologically with K-pop, listen to this podcast. And if you want to feel joy, see if “DNA” or “MIC Drop” do it for you. That they do not do it for me does not silence scholarly seeing; it should merely dim a bit the certitude of our swagger. 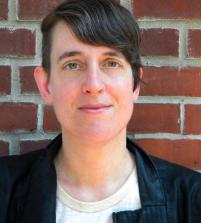 Author, Kathryn Lofton (AB '00), is Lex Hixon Professor of Religious Studies and American Studies, Professor of History and Divinity, at Yale University, where she also serves as the Dean of Humanities.

See All Articles by Kathryn Lofton