The Power of Belief in Conspiracy Theories

People who subscribe to QAnon maintain that Donald Trump remains the “true” president... why would anyone believe this?

People who subscribe to QAnon maintain that Donald Trump remains the “true” president, ruling secretly while a body double plays the role of Joe Biden. Why would anyone believe this? Moreover, what motivates them to act violently on these beliefs? With attention now turned to the large swaths of the American population who believe in conspiracy theories like QAnon, many ask what can be done to disabuse them of these notions. It is problematic to want to change “belief,” especially in large segments of the population (think “re-education”). Yet what can be done when large segments of the population do something that endangers the rest, such as refusing vaccination thereby prolonging a pandemic, or engaging in insurrection against the legitimately elected government?

Since 2012, I have visited the small town of Sedona for ethnographic fieldwork with a focus on contemporary spirituality. People visit Sedona and claim all sorts of experiences on the rocks that are said to be vortexes and in the town itself: Sudden realizations that they are really extraterrestrials in human bodies, or starseeds; divining that their whole life is wrong, and they should leave their job, home, family even, and move to Sedona and offer holistic pedicures. The propensity of people in Sedona to believe things others find unfathomable mushroomed over the past two years during the Covid-19 pandemic. Conspiracy theories had long been popular among spiritual seekers in Sedona, as explanations for why the air, ground, food, and pharmaceutical medicines were filled with vague but threatening toxins. The popularity of conspiracy theories among those involved in spirituality led to the neologism “conspirituality” to define this crossover.

Spirituality used to be known as the “New Age movement.” However, I quickly learned that no one who might be labelled as “New Agers” agreed with that nomenclature. What they did was spirituality, and it was focused on raising the frequency of their vibration of energy to achieve ascension. Ascension means elevating oneself, or the whole planet, to a higher dimension, what was previously called the “New Age” of peace and harmony. However, ascension is frustrated by dark forces with low vibrations – such as lizard-like aliens called Reptilians spoken of frequently by David Icke. Evil aliens, chem trails, vaccinations, were all blamed in spirituality for lowering the vibration of people and the planet and keeping us in the third dimension, a dimension of materiality and therefore pain and suffering. These same ideas are frequently spread as part of conspiracy theories, especially online, although often without attaching the explanations relating to vibration and dimensions. Instead, they are the nefarious actions of the deep state or New World Order, intended to kill or enslave entire populations. These overlaps between spirituality and conspiracy theory are the conceptual space described by the term conspirituality. What may be called conspiracy theories by some operate in spirituality as a form of theodicy.

While it may seem strange for people so dedicated to positive thinking to engage in such negativity, it fits well with a worldview in which the light struggles against the dark and everything happens for a reason. During the pandemic, spiritual seekers in Sedona rejected the existence of Covid-19, attributing the illness instead to the insidious effects of 5G electromagnetic waves. Already opposed to vaccination, the solution to Covid-19 was interpreted conspiratorially as well, and ulterior motives of microchipping for the purpose of depopulation assumed. Some also began to engage with the sprawling new conspiracism of QAnon. The posts of “Q,” supposed to be a military insider who for some reason posted top secret information on internet message boards, inspired a messianic and millenarian worldview in which Donald Trump is fighting the deep state - a shadowy cabal of “traitors” involved in child trafficking and sedition. When a group of self-proclaimed “patriots” stormed the Capitol on January 6, many among them were followers of QAnon. One in particular, the “Q Shaman” Jake Angeli, was a prominent representative of the crossover between spirituality and conspiracy.

Why should some people come to believe these things when others read the same sources and find only nonsense? Variations of this conundrum occurred to me frequently during fieldwork. Sedona has around 17,000 year-round inhabitants with around 3 million tourists visiting every year. They came for the natural beauty—the red rocks, the proximity to the Grand Canyon, the hiking and outdoor sports—but they also came for the vortexes. Since the mid-twentieth century, people have claimed that the red rocks of Sedona are vortexes, areas of swirling special energy that cause heightened spiritual experiences. I hiked each of the four main vortexes, and never felt any special energy. When I asked people about the vortexes, some would simply shrug and say they were just rocks with beautiful views and good exposure. Others would tell me about the life-changing experiences they had while meditating there that led them to change their entire worldview and life course. Some people felt a special energy, but when others visited the same rocks, they felt nothing more than the sun and the wind. Subjective meaning can have an arbitrary relationship to external reality.

When trying to understand the problem of belief, a good place to start is the realization that we all believe things that have no basis in empirical reality. Many of these beliefs are harmless—such as the pervasive view among spiritual seekers in Sedona that minor misfortunes occur during Mercury retrograde events. It is also difficult to dislodge such beliefs by simply presenting contrary evidence: It seems that people continue to believe what they want to believe. When beliefs become problematic in the way of QAnon, a more pertinent question than “why do people believe this?” is: Who benefits from the proliferation of these beliefs? Who enables the material conditions of these beliefs? Beyond those involved in the immediate online ecosystem who benefit from YouTube subscriptions and social media followings through spreading conspiracy theories, there is often a group in power who benefit from their spread. Belief is power, and those in power know this.

Political scientists Joseph Uscinski and Joseph Parent begin their book on American conspiracy theories with a reminder that American revolutionaries justified their actions through propagation of conspiracy theories about George III and British plots to enslave Americans. Those seeking to seize power often use conspiracy theories to galvanize others to support their cause. There is more to belief than the simple assumption that people believe what they want to believe. It is difficult to maintain belief against external pressure to the contrary, whether this is pressure from skeptical peers or the pressure that empirical events exert against counterfactual belief, such as the continuing existence of Joe Biden as president despite claims within QAnon to the contrary. Believers respond to such pressure in predictable ways—some give up their belief (or pretend to), some modify it to include changed events (“it’s a body double!”), some create new justifications, others retreat into in-groups that exclude non-believers to reduce the pressure against their belief. Some things can only be said in certain contexts, among others who “know the truth.” Such silos are encouraged by online ecosystems, such as Facebook groups, Telegram channels, and Discord chats in which groups can talk to each other and exclude outsiders who might challenge them.

The operation of power can expand or contract these bounded contexts. QAnon had its page taken down by Reddit, and then its hashtags censored, and spokespeople banned by Facebook, Twitter, and Instagram. When Donald Trump was president, he retweeted QAnon accounts 315 times. He used his platform to spread and authorize and legitimize conspiracy theories. Now that he is no longer president, and the mysterious “Q” figure is no longer posting new “drops,” the movement is fracturing, as prominent figures try to corral followers to opposing sides. New leaders emerge, trying to consolidate power over ever smaller sects. One splinter group has gathered in Dallas, led by a man, Michael Protzman, also known as Negative48, waiting for the resurrection of JFK Jr. and other deceased celebrities. They have been waiting on Dealey Plaza for a month at the time of this writing.

It is impossible to know whether the people on Dealey Plaza privately, sincerely, believe that JFK Jr. will soon be resurrected. What is problematic from the perspective of the rest of society is that they are acting as if they do, and there is a man who is telling them that it is true, and this situation may lead to violence. Donald Trump used QAnon and conspiracy theories surrounding election rigging in an attempt to stay in power illegitimately, leading to a violent assault on the Capitol on Jan 6. The important question to ask of such beliefs is whether they are harmful, and if so, who is perpetuating these harmful beliefs and what are they benefitting from the spread of these beliefs. Power feeds on belief, and belief needs power to persist. 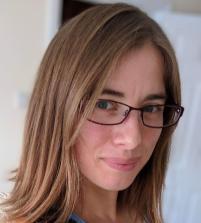 Susannah Crockford is an incoming lecturer in anthropology at the University of Exeter, UK. Her research interests cover the ethnographic study of religion, ecology, and medicine, with field sites in the southern and midwestern US and northern Europe. Her first monograph was published in May 2021 by the Class 200 list of the University of Chicago Press, titled Ripples of the Universe: Spirituality in Sedona, Arizona. Her next book will be an ethnography of climate change. Follow on Twitter: @suscrockford.

See All Articles by Susannah Crockford