What is proper piety in the season of COVID-19?

When churches remain open for public worship and when other religious groups gather in defiance of state or local directives, are they engaging in prophetic protest? Are they exercising their constitutional rights? Or are they a threat to make the public health crisis worse, to endanger the community, and to risk the welfare of their adherents who could become personal victims of the pandemic? An illuminating piece by Curt Anderson of the Associated Press recently faced such questions.

An attorney who is a member of Life Tabernacle Church in Baton Rouge said that the Constitutions of the United States and of Louisiana guarantee the freedom of religion and of public assembly. So, Life Tabernacle considers any governmental order illegal if it requires the church to close. Other members of the congregation cite spiritual reasons for attending worship during the pandemic. One said, on her way into the service, “I won’t get the virus ‘cause Jesus said I’m not.”

Glorious Way Church in Houston and The Center Arena in Orlando scheduled Easter services in their buildings, according to Anderson. They planned to observe “physical distancing” at Glorious Way Church, pastor John Greiner said. However, “We can’t do what God called us to do on live-stream,” he added.

On the other side of the issue is the Rev. Dr. Michael W. Waters, the pastor of Joy Tabernacle African Methodist Episcopal Church in Dallas. An internationally recognized author and interfaith leader, Dr. Waters leads a predominantly African American church with some members who have contracted the coronavirus, perhaps because their jobs are “essential” and do not allow the option of working from home or of maintaining social distance. Dr. Waters insists that churches cannot and must not do anything that puts human lives in danger.

Never shy about confronting the injustices in society and never reluctant to join with Jews and Muslims and persons of other faiths in gathering people to combat evil, Dr. Waters is clearly convinced that the best way for religious communities to help slow the deadly virus is to suspend in-person worship services and assemblies that could actually spread the disease. Plenty of other religious leaders agree.

The Archbishop of the Miami Diocese spoke for many other Roman Catholics when he told CNN that the church is open and priests are saying Mass, but they are urging parishioners to watch from the safety of home. He added that pastoral visits in hospitals, where priests deliver Communion to patients who are ill, are still happening but now involve the clergy wearing protective gloves, gowns, and masks before they offer the sacrament to believers.

Muslims, who have generally eliminated gatherings for daily or Friday prayers, began Ramadan on April 23. But instead of nightly prayers together at a mosque or the feasts with family and friends to break the daily fast, Muslims are meeting in individual households at sunset to share a quiet meal and end the fast as they shared in it all day, isolated in their homes.

Jews shared the Passover Seder with the people in their own households, and only virtually with their extended families, if at all. And some, isolated at home, received Seder kits that were prepared and packaged for this unusual year. Typically, the Haggadah begins with the youngest one at the table asking, “Why is this night different from all other nights?” This year, the Seder surely was different. But this year, it is freedom from coronavirus for which the people of Israel—and people of other religions as well as no religion—are now hoping.

Jews, who have celebrated Passover with a Seder in many ways for several millennia, chose to celebrate it this year sequestered from those they love in hope that they can do it “next year in Jerusalem” or at home with their extended families again.

What is the proper piety during a pandemic? Should believers gather for prayer, embrace others in the community of faith, and prophesy to the government that it cannot order people with the religious protections of the First Amendment to quit assembling? Or should believers love their neighbors with such spiritual devotion that they decide to prioritize their health and safety over their own liberty by foregoing assemblies and gatherings for public prayers until it is clear that their neighbors’ lives—especially the most vulnerable among them, the elderly and immunocompromised—will not be jeopardized by the virus?

Methodists, my faith family, have affirmed for nearly three hundred years the “General Rules” that the movement’s founder John Wesley authorized for his disciplined group. The first one of the three General Rules is “Do No Harm.” Its specifications include “avoiding evil” and “avoiding… needless self-indulgence.” The coronavirus cannot be seen without powerful microscopes or heard unless one hears the coughing that it can cause. But it is “evil.” It is a source of suffering and death. For Methodists, then, it is to be avoided. And the best way to avoid it is to limit interpersonal contact and physical proximity. It is a wise word for non-Methodists, too.

People who arrogantly insist on their right to assemble with others who share the religious delusion about spiritual protection from the virus are engaging in needlessly self-indulgent forms of behavior. They are doing harm to themselves and, potentially, to others.

In the Hebrew scriptures, when Elisha was called to help a family with a dying child (2 Kings 4), he went into the house and closed the door. In the New Testament, when Jesus was teaching his disciples to pray (Matthew 6), he told them to go into the room and shut the door. The current pandemic is a good time for people who honor a great prophet or who heed the word of the Lord from Jesus to take their advice. Stop the public gatherings for a while. Go back into the house. And pray. 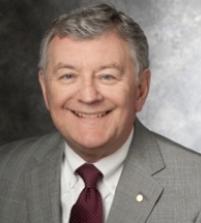