Do religious myths have anything to teach us during this present crisis?

The world is abuzz with disease and death. My previous Sightings column (“Infectious Religion”), noted that religion has been there from the beginning of the coronavirus outbreak. We should not be surprised that religion has ridden the virus’s wave from country to country. Richard Rosengarten, with insight and learnedness, noted in last Monday’s Sightings (“The Coronavirus and Us”) that we face questions about the ultimate dimensions of life, individually and collectively. Like people and viruses, religions sweep over the paltry barriers, walls, and ideologies erected to keep them out. Things mutate and change as time goes on, for viruses as well as religions. One can, attentive to sightings of religion, catch its appearances in the COVID-19 outbreak, but as often is the case with religion, the appearance is veiled in cultural forms, especially myth. And as historian of religion Wendy Doniger pointed out years ago, sometimes people’s myths give us the best glimpse of our own condition. So for today’s column, let’s turn to ancient Greek religious myth since it is making something of a comeback.

In an op-ed last week in The New York Times March 13, 2020, “Trump Meets Nemesis, Punisher of Hubris,” Bret Stephens noted that the Greek goddess Nemesis was “an implacable agent of justice who gives the arrogant, insolent and wicked what they deserve.” Stephens’ point was not that somehow Nemesis has arisen from the ashes of history to smite the President. Of course, some people believe that God destroys the sinful through direct action: disease, floods, and hurricanes of biblical proportions. Yet no strict causal relation between Trump and the coronavirus is implied by Stephens. He does argue, however, that Trump’s response to the crisis and his supporters’ unwavering faith in him is dangerous and would be a target of Nemesis’s wrath. 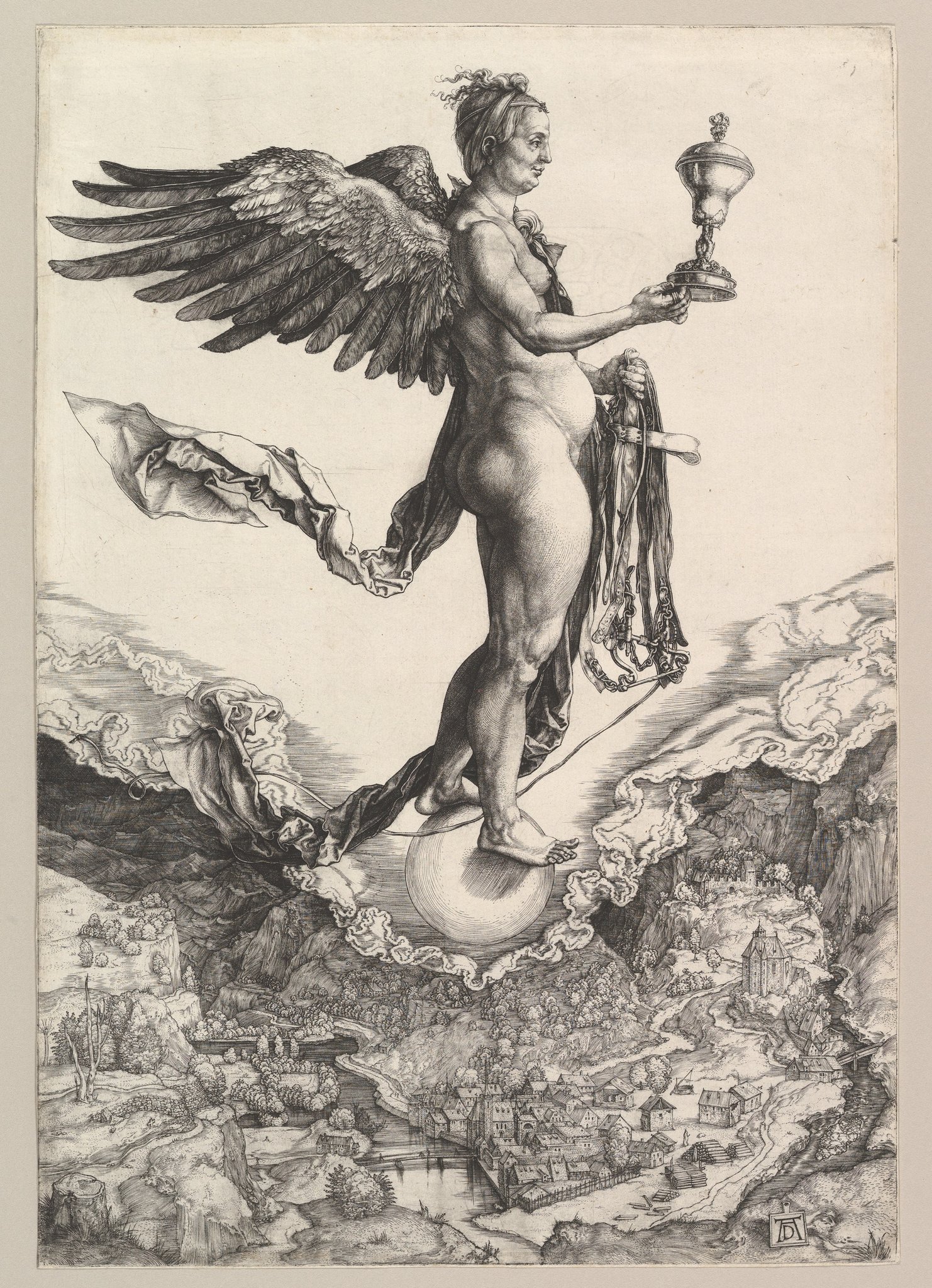 Like all good myths, the religious tale of the goddess Nemesis reveals some truths about human existence. We are fragile and vulnerable beings. There are forces human beings cannot outwit much less escape, and those forces often expose the folly and hubris of mortals. Not only ancient Greek religion and drama exposed and explored the dangers of pride—recall Icarus or Oedipus—but so too the biblical religions running from Adam and Eve through the chapters and verses of scripture. Humans ought to know their place in the scheme of things; we are neither gods, God, nor animals simpliciter. However, it is a human predilection to overstep that scheme. In the unending struggle to improve, to enhance, to overcome our human-all-too-human estate, as Nietzsche would put it, we strain against the leash of our finitude, but it is a leash that will not and should not break. At the roots of the Nemesis myth is the disturbing question of whether or not we value finite life as finite in its vulnerability, pain, joy, and grief. Pride is a denial of finitude.

However, nestled into the human heart there is an ardent longing that justice be done. Nemesis is needed in order to keep some vestige of a distinctly human world in place. The diversion of funds to build a border wall, slashing the social safety net, cuts to the CDC, poverty and inequality as drivers of illness, and putting America at odds with a world deeply intertwined so that, come what may, our fate is supposedly immune to that of others, these things evoke a primal moral outcry against injustice. As Shakespeare put it in The Merchant of Venice, “at length truth will out.” The myth’s profound insight here is not about the worth of finite life, but that somehow human time is a theater in which what is hidden is revealed and what must be judged will be judged. At least that is the human longing encoded in the myth. Do we still long for justice?

Of course, in our anti-mythological and anti-metaphysical age, many cannot imagine that the heart’s designs might be revealed or that the political injustice of leaders and the wealthy class might grate against the moral good. That is precisely why we need myths. Whatever they may teach us about gods or God, angels or demons, enlightenment or salvation, they are nevertheless portals into the dynamics of our mortal and moral worlds. That is why we need to study them; it is why we must continually interrogate the religions in relation to public life. That is the job of Sightings, after all.

But just a minute, my dear reader: whence comes the idea that only the President and his cohort or certain countries and peoples should feel the sting of Nemesis’s reckoning? And is it only COVID-19 that races about the globe exposing our hubris, insolence, and wickedness? Perhaps we need an upgraded goddess, Nemesis 2.0, to make sense of the speed, globality, and panic of her sting. Let’s return to Greek myth.

Remember the tale of the Greek god Pan, deity of woods, fields, shepherds, and, oddly, theatrical criticism. We read in the online Ancient History Encyclopedia: not “fully human in form, [Pan’s] legs are that of a goat and he has horns sprouting from his head. Associated with music and its magical powers he is credited with inventing the syrinx musical instrument, better known as the panpipes.”  More to our point, the god is associated with “panic which could spread amongst soldiers in the heat of battle. A similar excess of violent emotion (panolepsia) could also overcome an individual.” Whether it is the disturbing guise of the Pied Piper of the thirteenth-century town of Hamelin in Lower Saxony or the original Greek god Pan, panic can sweep through people and hurl them towards death whether by war, illness, or a sustainable future denied. Recall: “the Piper advanced and the children followed, / And when all were in to the very last, / The door in the mountain-side shut fast” (Robert Browning, The Pied Piper of Hamelin: A Child’s Story).

This is the time of “pan-nemesis.” As the nations of the world prepare to meet the ugly challenges of COVID-19, we look to our safety and look away from a cataclysmic future of environmental endangerment that we are bringing on ourselves and future generations. And this is so even while it is true that carbon emissions are—thankfully—down! Is this worry about ourselves a form of pride? Is it a denial of finite life? Is time the agent of both panic and judgment? Perhaps. But what the myths expose is not only the dangers of pride, wickedness, and violent emotions. They caution us against, in truth, those strands in our lives. Yet we might also act in solidarity and not only social distancing, hallow our finitude, and work for some measure of justice among the unborn and us. Do not forget those who throughout Italy sang out from their isolation into the night creating a theater of sympathy.

Body Image: Nemesis, 1501–2, by Albrecht Dürer. Video: Quarantined Italians in the city of Siena join together in song on March 13, 2020.