In literature and social media, people have written about Jews to draw boundaries between "in" and "out."

Over the last several weeks, the musician Ye (formerly known as Kanye West) and basketball star Kyrie Irving have made a number of widely-criticized antisemitic remarks. The only truly notable features of these comments are the fame of their speakers and the variety of responses they have inspired; practically identical remarks flow freely on social (and, increasingly, traditional) media.

However, some influential political figures—including Donald Trump—have found an opportunity in this public display of antisemitism to reiterate their carte blanche support for Israel and to chastise American Jews for not “appreciating” American political and military backing of the Israeli state. This is a topic deeply imbricated in questions of coloniality and the racial political economy of American military intervention in the Middle East. The seriousness of these remarks complicates what has been frequently received as the almost entirely unserious nature of Ye’s and Irving’s—and to some extent even Trump’s—commentary on Judaism.

Almost all of this has played out on Twitter and a constellation of other social media sites including right-wing alternatives like Gab and Parler, the public literary squares of the 2020s.  While these apps and websites are a form distinctive to the last handful of decades, debates about Jews and their relation to the boundaries of community have played out in public writing forums for centuries. Throughout the modern period, Jews have served as a place where authors draw and litigate the edges of tolerance and inclusion. Ye’s, Irving’s, and Trump’s comments—as well as their reception—are thus particularly interesting cases in a long lineage of similar moments.

The public literary square—whether newspapers, digital magazines, plays, printed novels, or social media—has historically been one of the central spaces in which a community adjudicates its demographic boundaries. That is to say, a community’s literature is often the forum in which popular sentiments develop surrounding who gets to receive material, legal, political, and cultural benefits that are exclusive to those in the community. These sentiments—what we might call a community’s underlying ideals of toleration and inclusion—are then reflected in policy. In the context of early modern Europe, the Jew—as both symbolic literary object and as a real community of living people—was frequently the site of negotiating the boundary between “in” and “out,” between “self” and “other.”

Ye is deriding an individual Jewish doctor he claims misdiagnosed him with bipolar disorder as a Jewish doctor. That is to say, as an individual instance of a type. He is using the contemporary literary space of social media to mark the Jew as the oppressor of the Black American. In doing so, he is rhetorically invoking both the notion of the Jew as a figural, allegorical object—freighted with centuries of tropes and ascribed traits—and the particular people who constitute the contemporary community of American Jews and the social and political history that they carry. Ye is particularly calling on the ways in which some American Jews have both actively participated in and been complicit with the oppression of Black Americans, while at the same time claiming solidarity with them on the basis of structurally similar experiences throughout history, like slavery and genocide. A similar logic can be ascribed to Irving’s position, and this logic is a way that these two are staking out the edges of their community.

The history of this rhetorical usage of Jews has been deeply tied to the notion of “dual loyalty,” which has appeared in literary forms as early as the early modern period in Europe, just as new forms of political organization were accretingand becoming the ways in which communities concretely manifested their sense of self. Debates played out on the literary and theatrical stages of Berlin and Paris as to what to do with the Jews: could they function as members of a homogenizing society whose loyalty, like all true citizens, should be to the state first and foremost? Did they instead harbor fealty to other Jews over and above their potentially fellow citizens? In the modern context, this notion takes on geo-political significance when the word “Israel” has come to nearly ubiquitously refer to a modern liberal nation-state rather than to a Jewish spiritual community.

An example of this literary structure from the German context is Gotthold Lessing’s The Jews (1754). This play makes the case for the “universalization” of the Jews through their absorption into the “Enlightened” German polis on the conditional basis of their renunciation of religious, ethnic, and—as was being increasingly articulated—racial loyalties. In return for fealty to the political organization of the state in which they exist, the Jews receive the status of enlightened citizen-subject: “Oh, how commendable the Jews would be, if they were all like you!” The “you” here is the Jew who embodies the ideals of the German subject and in so doing shuns their “Jewish” way of relating to the world. In effect, it is the Jew who stops being a Jew and becomes a German (Christian).

The character of “the Jew” allows Lessing to draw a boundary between the particular (individuals as they exist within distinct ethnic and religious groups) and the universal (individuals as they instantiate the ideals by which an Enlightenment state society adjudicates citizenship and humanity). Lessing’s work was immensely popular during his own time and deeply influential on the public sentiment regarding the status of the Jews. Then, as now, literary works have tremendous power to shape public opinion about who counts as part of “our” society. Then, as now, this discourse is not passive reporting on whether Jews have a place in an already-existing political community, but an active and ongoing determination of who belongs and why in a political community that we are continually bringing into existence.

While the example of mid-eighteenth-century German theater represents an instance of a nation using literature to move toward conditional tolerance of the Jews in the service of a universalist humanism, the contemporary instances clearly show that such negotiations don’t necessarily trend toward tolerance. The cultural-symbolic place of the Jew, as occupying the liminal space between the “in” and the “out” of a given political community, serves as a barometer for the extent to which racialized and minority religious identities are in danger of political persecution. 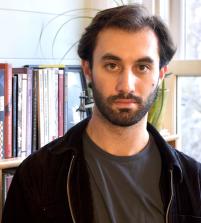 Jake Sirota is a PhD student in Religion and Literature at the University of Chicago Divinity School. His research focuses on the relationship between Judaism and literature, theories of the state, and consumption as a theme in critical and philosophical thought.

See All Articles by Jake Sirota